Why I’m obsessed with skateboarding, and why you should be too 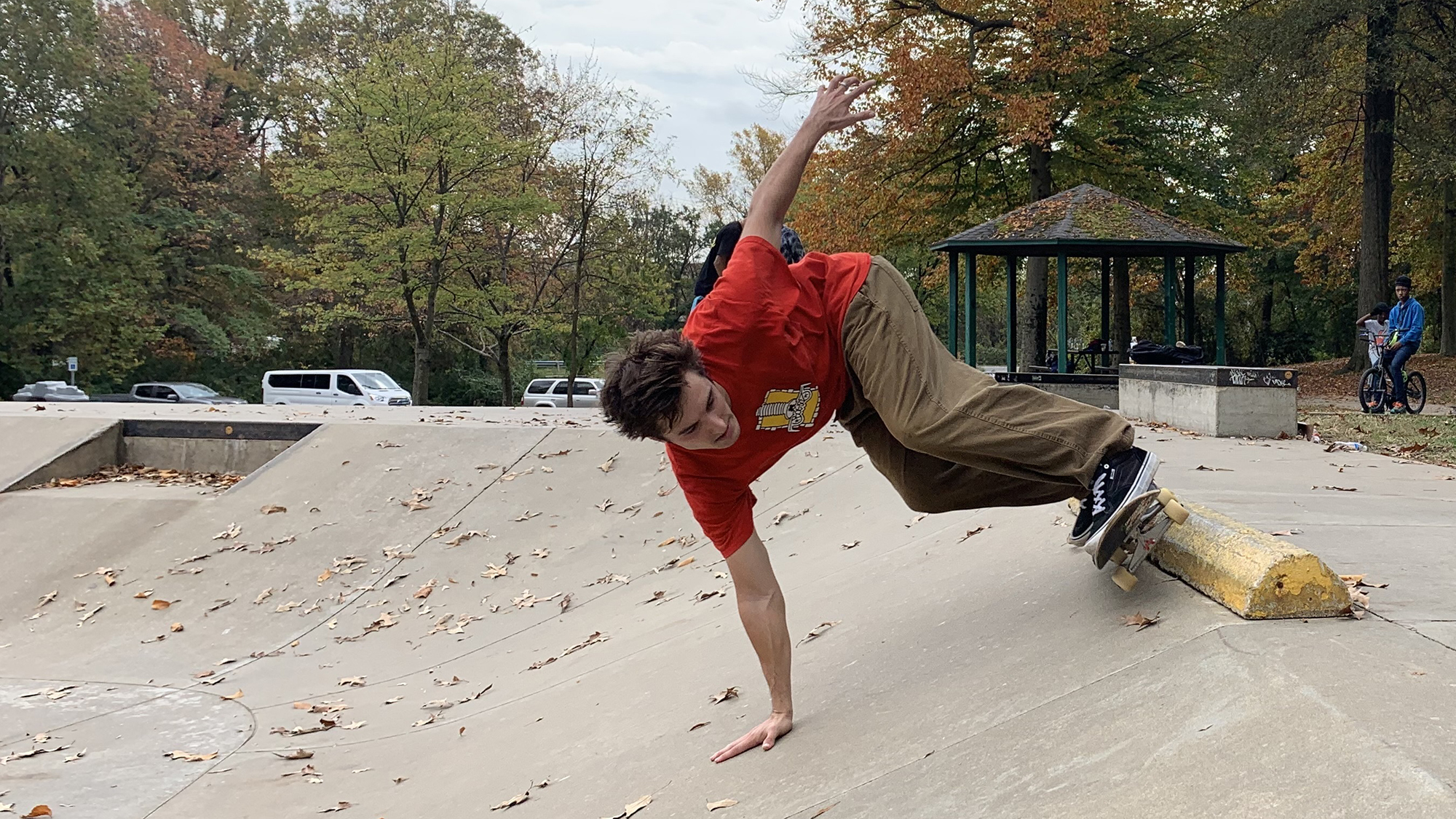 My personal obsession with skateboarding has always confused me, considering I’ve stepped onto a skateboard maybe once or twice in my life. Over the past few months, I’d seen countless TikToks of beautiful montages of kids skating around empty cities. And in the past, I’d messed around with my siblings in our neighborhood (and my first boyfriend was a skateboarder), but I’d never seriously tried to skate.

So I was left wondering, why have I idealized skateboarders for so long? What is the draw? I owed it to myself to find out.

Yes, there has been a recent wave, but skateboarding has always been everywhere, Jordan Nicolette said. The geographic science graduate student has been in the UMD Skateboarding Club since his sophomore year at the University of Maryland. Nicolette has been skating since he was a kid, but he seriously picked up the hobby again a few years ago because he wanted a creative outlet to channel his energy into. And throughout quarantine, he ate, slept and breathed skateboarding.

“Skate culture influences fashion. It influences style, music, music videos,” Nicolette said. “All that sort of stuff comes from it because it’s raw, and it’s a sport where people can have creative freedom with their bodies.”

While sitting at Sunnyside Skate Park off Rhode Island Avenue, I was perfectly content watching someone roll up and down the bowl, gliding seamlessly and effortlessly. It was soothing just sitting there, hearing wheels hit the concrete and watching as the wind tugged the skaters around.

Caitlyn Johnson, a junior civil engineering major, is a beginner skateboarder who picked it up over the summer. Her younger brother is good at skating and over quarantine, he started teaching her. Johnson enjoys skating around the campus and uses the sport to clear her head. While Johnson said she wants to get better before she goes to a skate park, she never feels intimidated by skaters.

[UMD alumna’s art installation brings color back to The Clarice]

“Skateboarders are the most welcoming group of people I’ve ever met in my entire life,” Johnson said. “It’s such a good community.”

I spoke to Adam Beuttler, a senior communications and film studies major and the president of this university’s skate club, at an outdoor Halloween gathering at the North Laurel Skatepark. There were skating contests and people dressed up in costumes — all around, it was a celebration of skateboarding.

The sport has been idealized for so long because people see how original and cool it is, and they want to be a part of it, Beuttler said. It pushes you to be independent and the truest version of yourself.

“The thing about skateboarding, we credit ourselves for being the rock ’n’ roll of sports. We often like to take credit for not conforming to a specific style, we’re just doing our own thing, wearing what we want,” Beuttler said.

There’s a stigma that comes with the skating scene, Beuttler said, but when you step foot in here and start talking to people, you’ll realize it’s a very inclusive and loving community, he added.

At both Sunnyside and Laurel, it was way easier for me to talk to people than I expected. At the Halloween bash, I sat next to a girlfriend of a skater there and watched her draw designs on people’s boards. As skaters rolled up and down the bowl, I noticed some people were in costumes, some people weren’t, but everyone was just being themselves. It felt like a safe place.

There was also such a range of ages at the North Laurel Skatepark. You’re never too young or too old to be a part of the scene. Everyone hangs out with each other — at the Halloween party, I saw young kids and middle-aged adults. When you’re skating, age disappears. It’s unlike any other sport or culture in that aspect.

People are drawn to skateboarding because it caters to a group that might not fit into other sports, said Rob Friedman, a senior in his fifth year of college and civil engineering major. Friedman has been a member of the skate club since his freshman year. The sport has such a draw because there are unlimited possibilities, he said.

“A lot of people catch it like a bug almost and they can’t stop thinking about it. Because there’s so many possibilities, it just occupies a large space in your mind,” Friedman said. “It’s a hobby you can do almost every day.”

After my skatepark reporting, I understand why skateboarding is idealized. Not only is the sport itself unlike any other, but the people it attracts are also unapologetically themselves — not in an intimidating way, but in an “I’d love to be friends with these people” type of way. Outsiders who make you feel like an insider.

Once I get over my lack of balance and coordination, don’t blink twice if you see me shredding it up on the streets with my future skater boyfriend or girlfriend (not like I’ve dreamt about this scenario in my head). One day, my time will come.