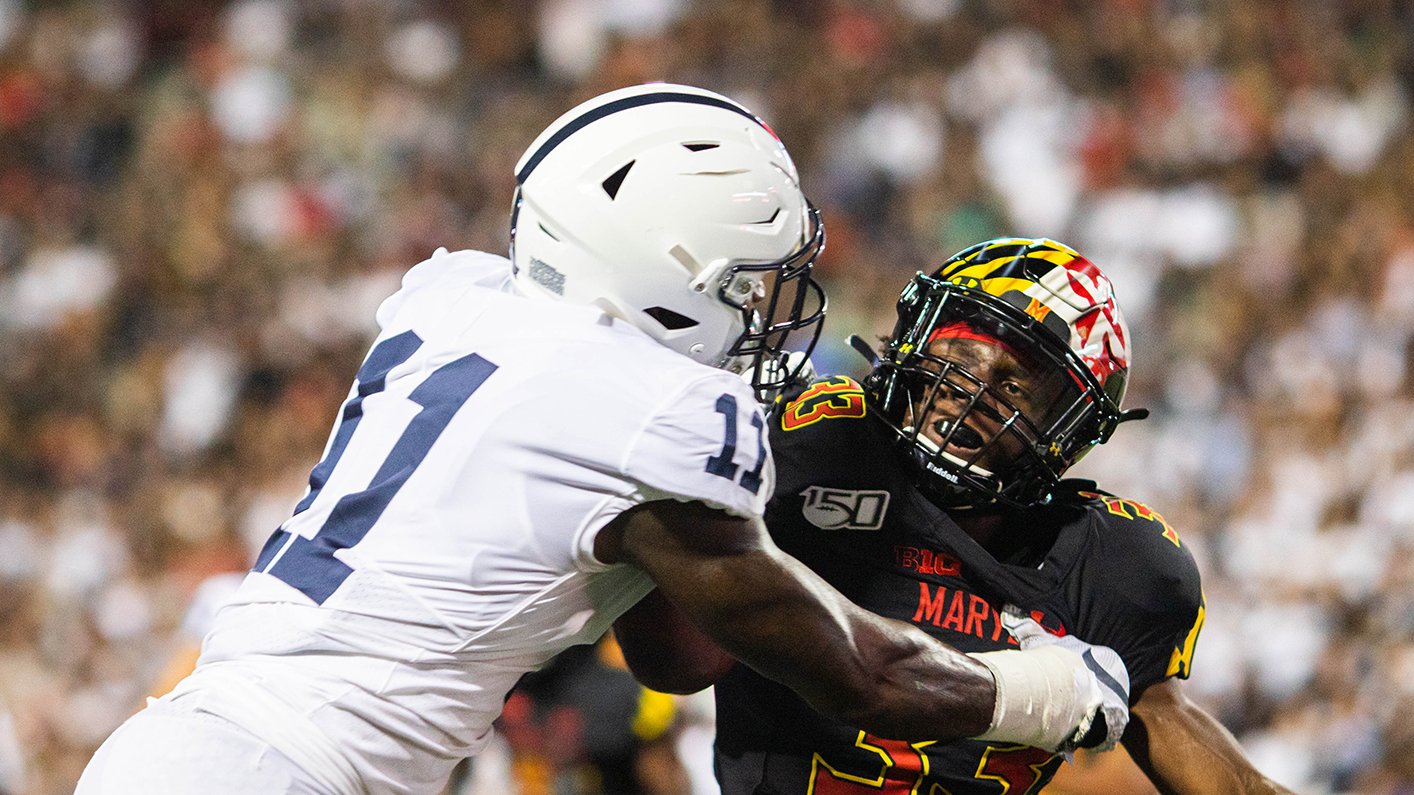 Last MD Win:  Nov. 1, 2014– Maryland 20-19; In their first matchup since 1993, Maryland squeaked out a one-point win over the Nittany Lions. Led by Stefon Diggs on offense, the Terps trailed late but came back in the fourth quarter, and kicker Brad Craddock hit a 43-yard field goal with less than a minute remaining to secure Maryland’s second-ever win over Penn State, and its first since 1961.

Last PSU Win: Sept. 27, 2019– Penn State 59-0; The Nittany Lions came into College Park and embarrassed the Terps, blowing them out in a game that was never competitive. With classes cancelled and the game under the lights on a Friday night, College Park had high hopes for the game that the Nittany Lions put to rest rather quickly, leading it 38-0 at halftime, and ultimately winning 59-0.

Best MD Moment: Nov. 1, 2014- In what has been a lopsided rivalry, Maryland has only earned two wins over Penn State in the last 60 years. Their most recent victory, back in 2014, was the first time the two faced off since 1993, and the Terps willed their way to victory under head coach Randy Edsall, with current head coach Mike Locksley serving as offensive coordinator. Led on offense by current NFL star Stefon Diggs, the Terps won a 20-19 slugfest in Happy Valley.

Best PSU Moment: Sept. 27, 2019- Like Maryland, Penn State’s last victory over the Terps was probably also its best. Having beaten the Terps 40 times over the last 100 years, last year’s contest was the most statistically dominant game between the teams since Penn State won 57-0 in their inaugural matchup in 1917. A 66-3 blowout from 2017 was also a viable candidate, but the 2019 matchup looked like a matchup between teams in different stratospheres. The Nittany Lions had a chance to play the villain and did just that, drubbing a young Maryland team that started the season 2-0 and had high hopes for the contest.