Even during a semester online, UMD students are still finding ways to form lasting bonds 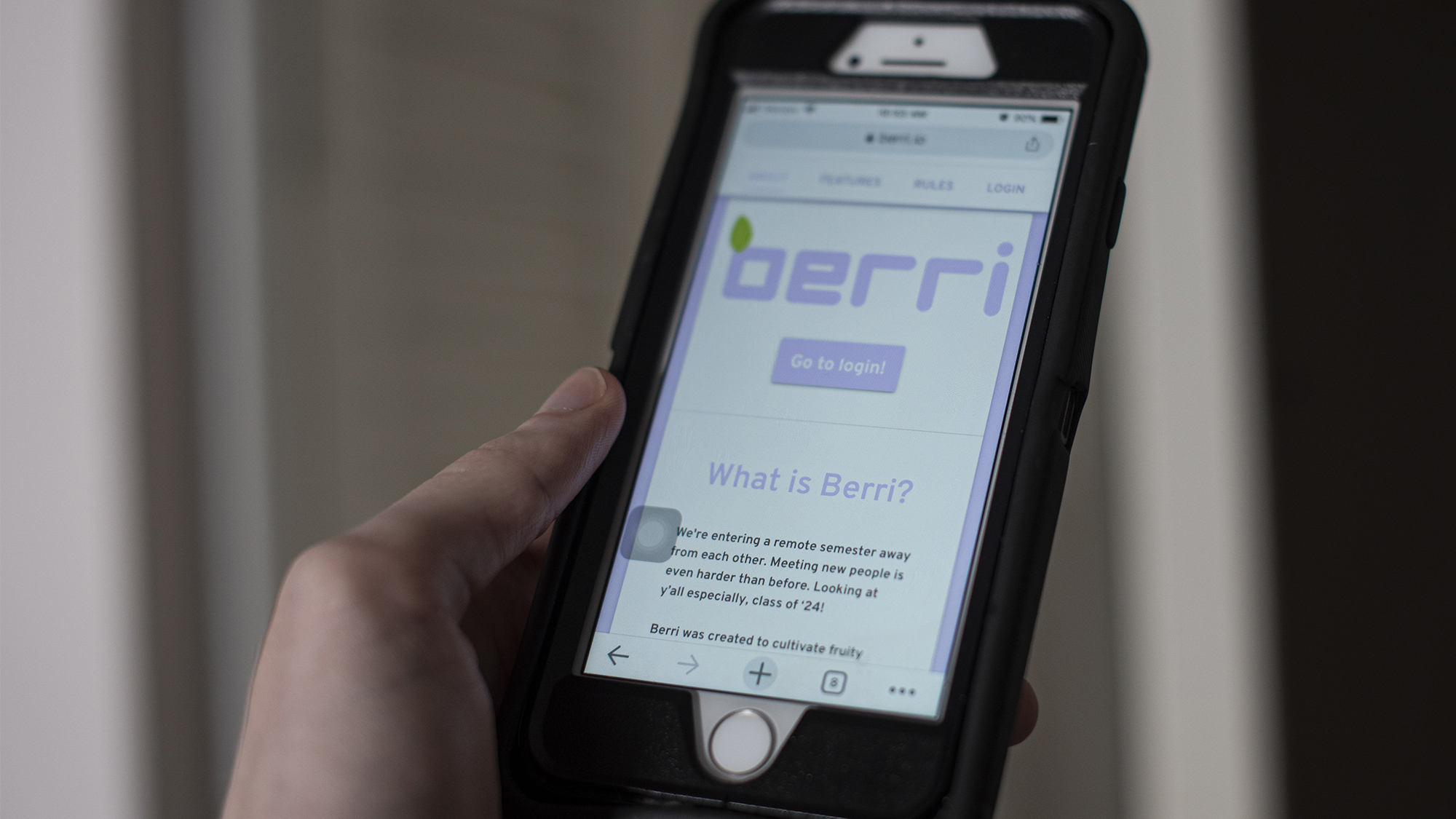 Berri, a social networking app for college students looking to find friends, was recently brought to the University of Maryland. (Eric Harkleroad/The Diamondback)

At first, Devika Elakara was a little nervous about inviting 12 strangers to her house for a socially distanced get-together. After all, they had only known each other from their weekly Zoom calls throughout the summer.

But the initial awkwardness in her backyard subsided after about 10 minutes, and for the first time in a while, things started to feel normal, Elakara said.

“It just reminded me of hanging out with friends again,” said Elakara, a freshman computer science and studio art major at the University of Maryland. “Once we got over the shock of like, ‘Oh, you actually exist. You’re not just a little thing on a computer,’ we all really bonded.”

In a largely virtual semester at the university, meeting new friends can be challenging for students both on and off the campus. However, from Zoom hangouts and matchmaking apps to on-campus events and activities, students are still trying to enjoy the social experiences a university community can offer.

When Elakara learned that her classes would be online this fall, her parents said that it would be easier for her to stay home. At first, Elakara said, she was upset. She worried that she wouldn’t be able to meet new people.

But GroupMe came to her rescue.

What started out as a 10-person group chat in April eventually budded into a community of about 200 freshmen, Elakara said. And it’s how Elakara found her core group of friends.

“Even though none of us expected this, we were still able to find a way to kind of get together and meet each other,” she said. “We had our first Zoom call and we all just really clicked.”

[College Park families say Halloween brings the community together, even in a pandemic]

Nevertheless, getting to know someone over Zoom can be challenging. Sometimes it can take multiple interactions to tell whether you get along with a certain person, Elakara said, when chatting in-person would be easier.

To combat this obstacle, a team of six college students from this university, the University of Pennsylvania and the University of California, Los Angeles developed Berri, an anonymous matchmaking website designed to help cultivate friendships for freshmen in particular.

The app launched first for Penn students in late August and has since added other universities, including Drexel, Carnegie Mellon and this university. So far, it has accrued about 2,390 total users and made 8,545 matches.

After authenticating their enrollment at either this university or Penn, students can customize a profile that includes their classes, interests and a cartoon fruit character. Users can also add an adjective next to the name of their selected fruit — such as “victorious,” for example — to show more personality.

Co-developer Patrick Liu, a sophomore at Penn, thinks the anonymity of Berri can help students avoid the obstacles that people who use other social media applications often run into.

“People really care about what people perceive them as,” Liu said. “So I think having some sort of anonymity would … really help loosen up the social atmosphere.”

However, students like Elakara, who are not living on the campus this semester, have still been able to find communities.

[Death by design: Windows in UMD’s buildings are killing birds]

Caitlyn Singam, a first-year bioengineering graduate student, said she started a Discord server to connect with other first-year graduate students. In the group, they’ve been able to make friends and chat about homework, Singam said.

“People seem to be enjoying that a lot,” Singam said. “Even if we can’t necessarily see each other in person, being able to talk on the phone — or in the closest approximation thereof — has been pretty nice.”

Usually, Singam added, the graduate student community at Maryland is fairly tight-knit, with social events and campus activities hosted every few weeks. But amid the pandemic, she and others haven’t been able to socialize as much.

However, the digital world has allowed students like Elakara and Singam to stay connected with their peers.

Through online interactions, Elakara said she was able to make friends that she’ll stay in contact with. She and her friends have even begun to plan a vacation, Elakara said, and possibly get an apartment together as upperclassmen.