“I got my vote in”: Some Prince George’s County voters use poll accommodations 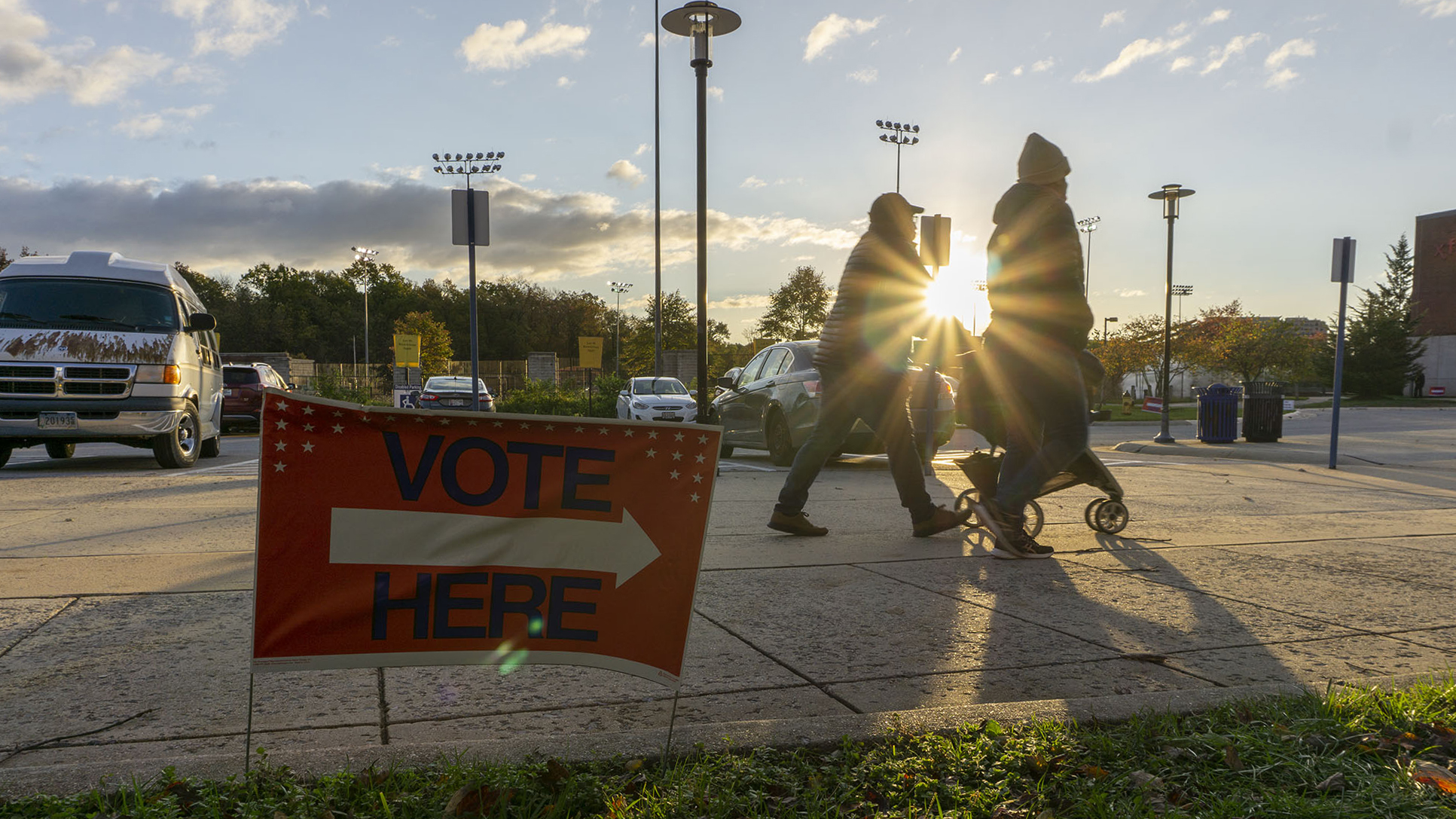 Voters walk toward Xfinity Pavilion to cast their ballots at sunrise on Nov. 2, 2020, the last day of early voting. (Taneen Momeni/The Diamondback)

By Leah Fleischer
For The Diamondback

Health and safety precautions at polling locations have become a concern amid the coronavirus pandemic — but for voters who need accommodations, COVID-19 protocol isn’t the only thing they have to plan for.

Prince George’s County offers methods to assist in voter accessibility, such as the use of voting assistants — someone who can represent the voter and fill out the ballot for them.

According to the county’s website, its board of elections “is committed to the goal of 100% participation and accessibility in a manner that addresses the unique needs of each eligible citizen.”

But factors including long voting lines can impact whether voters who have disabilities decide to physically go to the polls.

Rochelle Harrod, a Prince George’s County resident, said her voting plans are often heavily influenced by whether there will be enough space available to suit her wheelchair at the polling station.

But this has never discouraged her from voting.

“I’ve been voting actually since I turned 18,” Harrod said. “I wanted to make sure I got my vote in.”

In the past, Harrod said, she has enjoyed going to the College Park Community Center to vote.

Normally, she said, she flags a staff member down at the polling site. They’ll let her know if she can move to the front of the line, Harrod said, or they’ll send an escort to ask her if she needs assistance.

But not all polling locations are as accessible. Through her work at Independence Now — a nonprofit “designed, governed and staffed by people with disabilities,” that advocates for independent living access for people with disabilities in Montgomery and Prince George’s counties, according to its website — she’s heard about a wide variety of experiences.

“Some are more friendlier than others, let me put it that way,” Harrod said, adding that she has heard from people — specifically from some who are visually impaired — that some poll workers need more sensitivity training.

Harrod said she feels that the more visible the disability, the easier it is to get assistance.

“If you have one of those disabilities that’s invisible … you probably will have to give a little bit more of an explanation, which is unfortunate,” Harrod said.

[We probably won’t have the presidential election results on Nov. 3. Here’s why.]

Brown is a freelance visual artist, and according to her website, she was left tetraplegic after a car accident and now uses her art to document her story.

But before she voted, Brown didn’t expect too many changes in her voting experience, aside from wearing a mask and the potential for long lines.

“I don’t anticipate too much difficulty,” Brown said before she voted.

Like Harrod, Shannon Minnick, director of independent living services at Independence Now, said she needs a booth that can accommodate her wheelchair. Normally, she is given a voting booth that is lower than others, she said, and is provided more time to complete her ballot.

But Minnick said her main concerns with voting are about the virus.

“You have to be careful,” Minnick said. “It makes it a little scarier, but it’s not gonna stop me from going.”