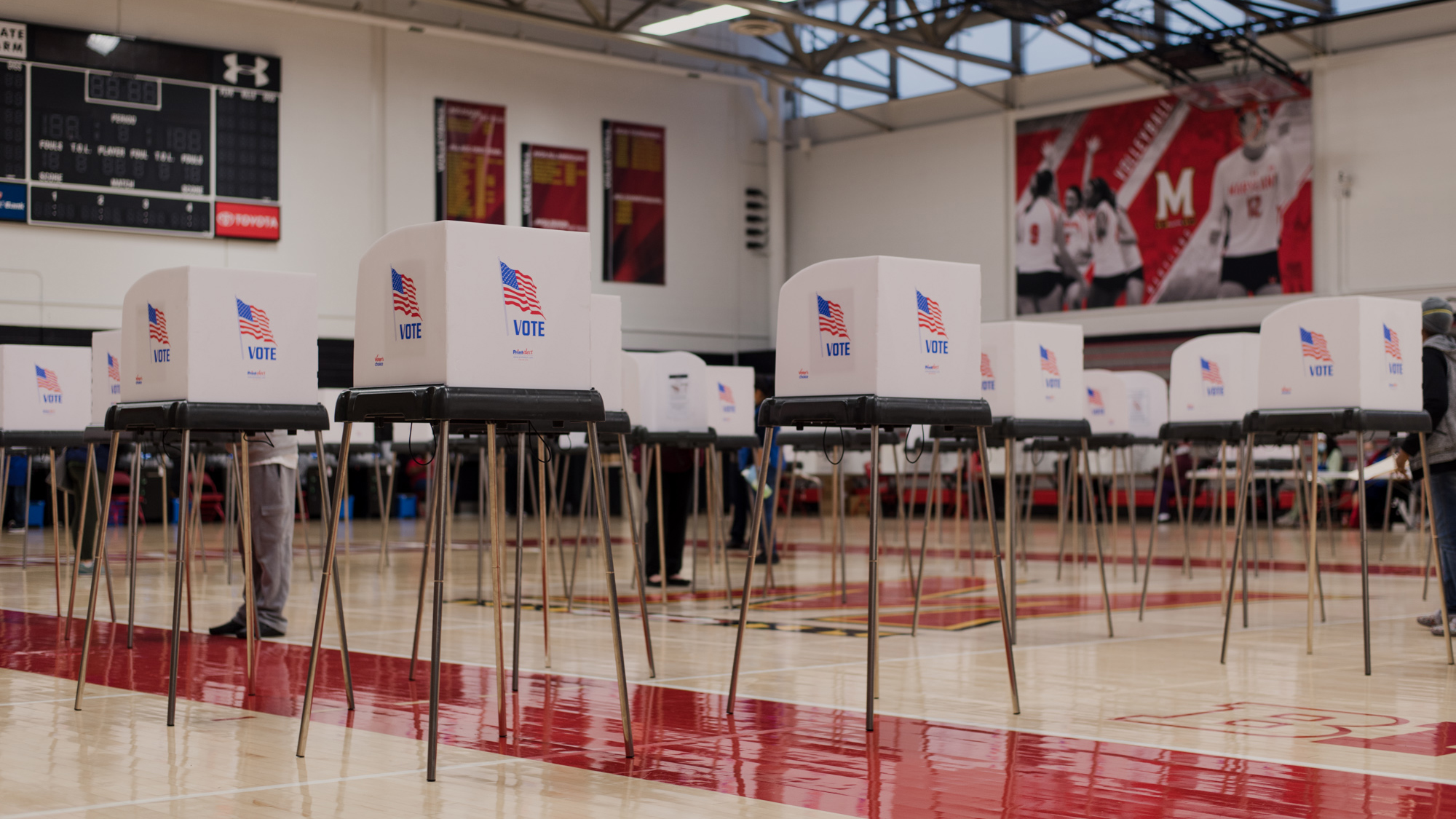 This year, the University of Maryland’s Xfinity Center has been transformed into an early polling location for the first time, and students and staff members are volunteering at the event.

The arena opened for early voting Monday and will remain open through Election Day. Polls are open from 7 a.m to 8 p.m.

Mathew Erickson, a sophomore electrical engineering major at this university, said he is volunteering to work at Xfinity Center on Sunday.

Erickson’s suite mate encouraged him to volunteer, and Erickson thought it would be a good idea considering many usual poll workers are unable to this year because of the coronavirus pandemic.

“I think typically the average poll worker was a little older, and it’s more of a danger for them to work in this kind of thing during this pandemic,” Erickson said. “I think it makes more sense for younger people to get out there, especially now.”

Erickson is also eligible to vote for the first time this year.

[Election Day is coming, and some UMD students are ready to vote for the first time]

“It kind of hit me how important voting is … and to facilitate that voting, there needs to be people volunteering,” Erickson said. “Being more aware of the importance of this led me to volunteer specifically.”

This university’s Ritchie Coliseum and Stamp Student Union are usually polling locations on Election Day, but this year Xfinity was designated as an early voting location after efforts of the athletics department’s VoTERP initiative.

The VoTERP campaign aims to provide education and resources to this university’s athletes and athletic staff about this year’s elections.

Brian Ullmann, executive associate athletic director and this university’s interim associate vice president for marketing and communications, was on the leadership team of VoTERP.

“We are super proud that we’re able to … vote, volunteer and make Xfinity Center an early voting place,” Ullmann said.

“We really saw this as an opportunity to make lemonade out of lemons,” Ellis said.

[Only Prince George’s County voters should use the ballot box near Xfinity, officials say]

The absence of fall sports due to the coronavirus pandemic allowed for the arena to be used as a polling location.

“If all the sporting events that normally take place in Xfinity were taking place, this wouldn’t have happened,” Richards said.

Throughout the planning process, Ellis said, volunteer and voter health and safety was a top priority.

“We don’t want to put anyone in a position where they’re uncomfortable or their health is at risk,” Ellis said. “It was really how can people be helpful to voters, but also not put themselves or others at risk.”

A typical shift at the arena’s polls lasts three hours, Ullmann said, which he said is “not much to ask of somebody who’s passionate about building the world around them.”

About half of the volunteer posts are outside. Masks are required, hand sanitizer is provided and everyone is asked to maintain social distancing.

“What the country is seeing is a dearth of volunteers,” Ullmann said. “That’s why it’s important for us to get the word out that you can help this election by volunteering.”

Sophomore computer science major Eric Gulich said he found out about the opportunity to volunteer at the arena through the Office of Multi-ethnic Student Education.

“I think volunteering in general, especially at [this university], is important, because I’ve been able to attend so many events that were run solely by the students,” Gulich said. “I feel like I have responsibility to give back to the community.”