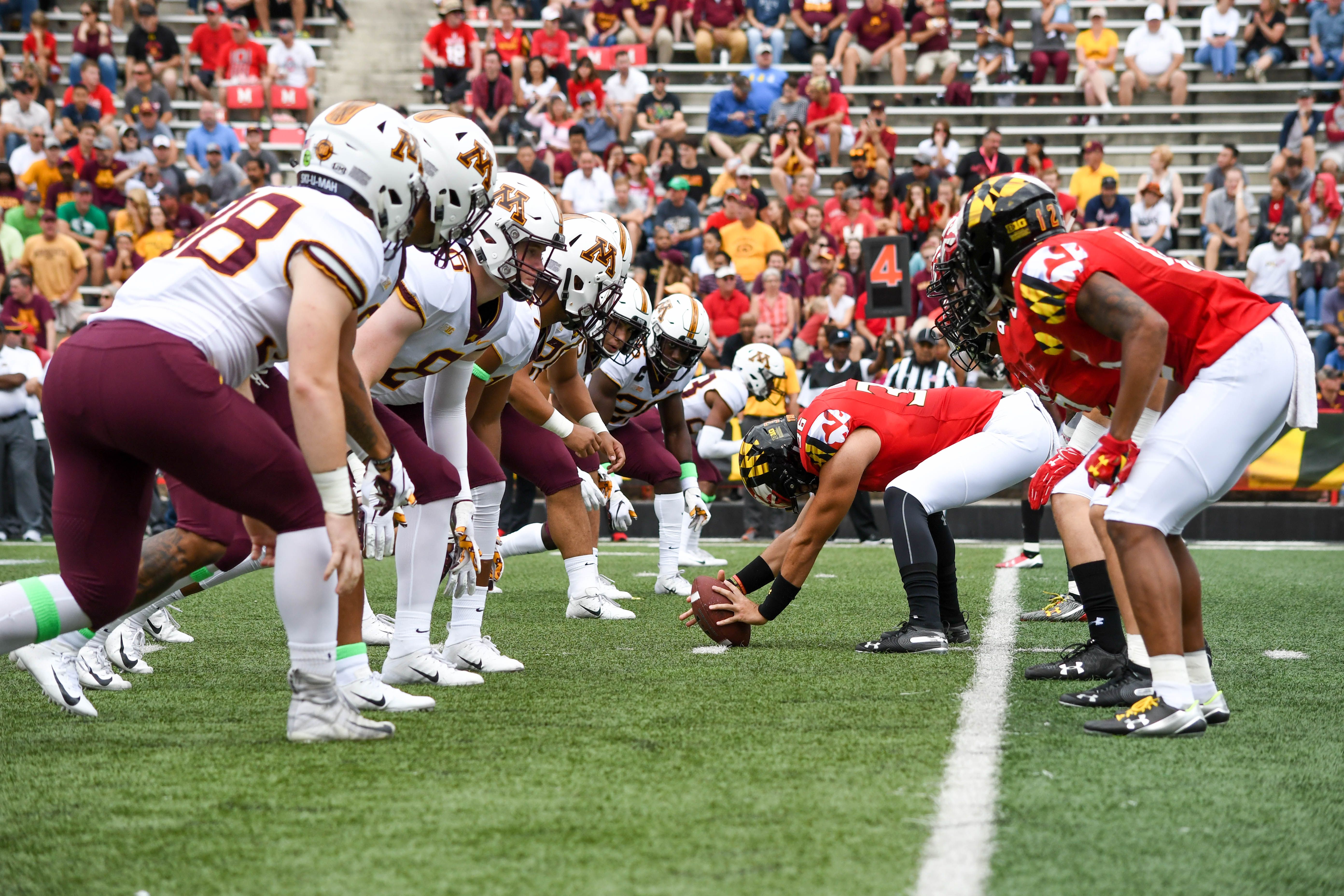 Maryland’s special teams unit lines up for a play during its 42-13 win over Minnesota at Maryland Stadium on Sept. 22, 2018. (Alex Chen/The Diamondback)

After a disappointing opening weekend for both teams, Maryland will host the Minnesota Golden Gophers on Friday night with both teams looking to avoid an 0-2 start to the season. Ahead of Friday’s matchup, we reached out to Paul Hodowanic of The Minnesota Daily to learn more about the Golden Gophers. Our conversation has been lightly edited for clarity.

Last Saturday’s game between Michigan and Minnesota was anticipated to be one of the best games of the weekend. However, Minnesota lost by 25 points. What went wrong for the Golden Gophers in that game?

The Gophers lost seven starters on defense from last season, including four who were drafted into the NFL, and there isn’t much experience behind them which led to Michigan running all over them to the tune of 256 yards and five touchdowns. Minnesota was without its starting punter, kicker and kickoff specialists due to COVID-19 reasons and was missing two of its starting offensive lineman due to injury. A combination of all those factors led them to be blown out by a team that they would’ve been neck and neck with only if all those pieces were in place.

Rashod Bateman looked dominant against Michigan, as expected. With Tyler Johnson now in the NFL, who is expected to step up at wide receiver for Minnesota and shoulder the load this season alongside Bateman?

Chris Autman-Bell is the clear cut replacement for Johnson and should see a good amount of work. He’s a talented receiver who can make people miss in space and adjusts well to the ball during his routes. He’s not at the level Johnson or Bateman were at last year, but he is still a dynamic option in the passing game.

This offseason saw Mike Sanford Jr. replace Kirk Siarroca as offensive coordinator. What changes should be expected from this Minnesota offense that looked dominant at times last season?

It’s hard to tell after one game exactly what changes are in store, especially when the Gophers were playing from behind for most of the game. One thing that’s evident is the tight ends will be much more involved this season. Still, expect to see a heavy dosage of Mohamed Ibrahim on the ground and Rashod Bateman through the air.

Daniel Faalele and Curtis Dunlap Jr. missed Saturday’s game against Michigan. How was Minnesota affected by these injuries to their offensive line?

The offensive line didn’t look great against Michigan, but I think that says more about Michigan’s talented defensive front and less about Minnesota. The Wolverines front dominated the Gophers in pass protection, but Minnesota was still able to run the ball effectively. Despite the loss of Faalele and Dunlap, the expected starters have a combined 99 collegiate starts between them, so I expect them to bounce back in Week 2.

The passing game can take advantage of a bad Maryland defense and let Rashod Bateman and Chris Autman-Bell do what they do.

It capitalizes on a young Minnesota defense and replicates the success Michigan had in the running game.