Review: Aaron Sorkin crafts an entertaining, timely film with ‘The Trial of the Chicago 7’ 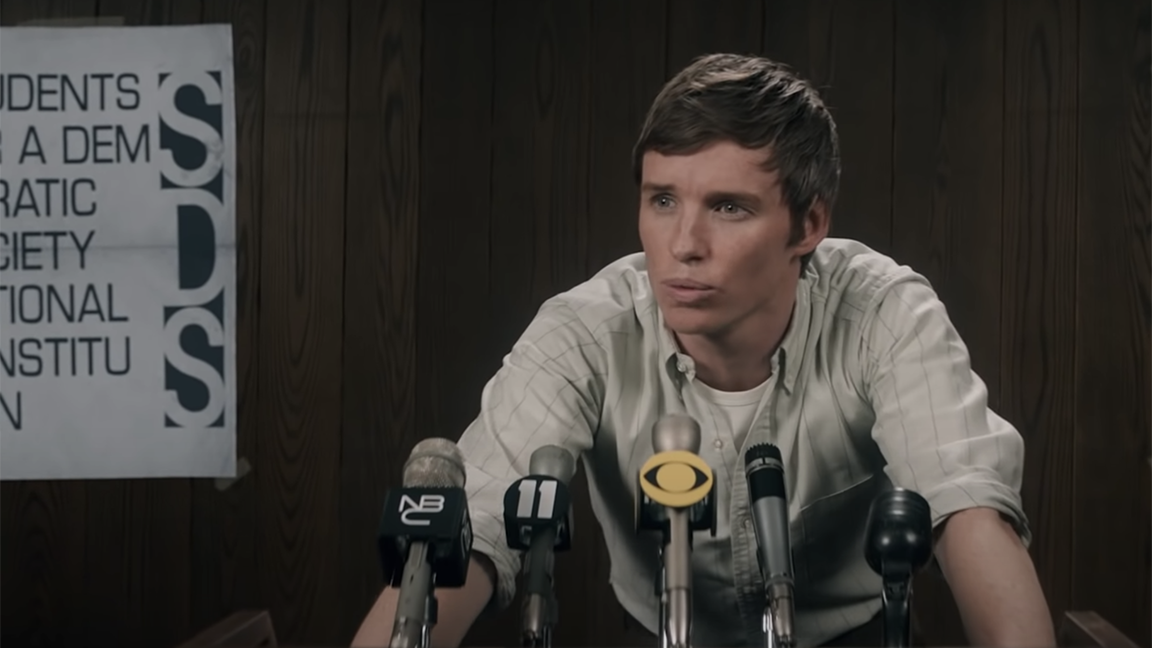 'The Trial of the Chicago 7' is now streaming on Netflix. (Photo via YouTube)

Outraged at how the old and out-of-touch leaders of this country were dealing with the problems plaguing society, the American youth took to the streets in protest. They protested racial injustice and the deaths of thousands of Americans at the hands of a negligent, corrupt government system that did not demonstrate that it valued the lives of its citizens. They were a generation that was finally fed up enough to take action against this brutal system. They were finally gonna change things. They were the baby boomers.

Aaron Sorkin’s newest film The Trial of the Chicago 7 is more concerned with lionizing the efforts of the baby boomers and their 1960s counterculture than reckoning with the legacy of this generation and how they have aged. That’s fine with me; Sorkin convincingly conveys the timeliness of the protests and their relevance to our current moment, while also unleashing his signature flair for creating engaging entertainment from scenes of people having heated exchanges.

The protests in question took place in Chicago in 1968, using the Democratic National Convention as a platform to rebuke the United States’ continued involvement in the Vietnam War. The protests quickly turned violent, capturing the attention of the entire country.

Generational icon Jim Morrison would later immortalize them by describing them as “blood on the streets in the town of Chicago.” The film focuses on the protests and the titular trial, in which eight figures — Tom Hayden, Rennie Davis, Abbie Hoffman, Jerry Rubin, David Dellinger, Lee Weiner, John Froines and Bobby Seale — were arrested and charged with conspiracy to cross state lines to incite a riot under the Civil Rights Act of 1968. The brunt of the drama in the film is based around the trial, including the predicament of Black Panther cofounder Seale (Yahya Abdul-Mateen II, who was excellent), who spent the majority of the trial without legal representation, pleading his innocence to the antagonistic, bigoted Judge Julius Hoffman (Frank Langella).

Sorkin, in his second directorial feature after 2017’s Molly’s Game, imbues Chicago 7 with his standard impressive writing. He keeps it moving at a pace that keeps the viewer engaged throughout. Sorkin has this knack for coming up with exchanges between his characters where it feels like they each are saying the perfect thing to each other. Sometimes, they come off as a little too perfect, but they ultimately win me over time and time again.

For example, when Chicago 7 lawyer William Kunstler (Mark Rylance) accuses Judge Hoffman of bigotry in his treatment of Seale, the judge scoffs, “You are the first person ever to suggest that I have discriminated against a Black man.” On cue, Kunstler’s co-counsel Leonard Weinglass (Ben Shenkman) responds, “Then let the record show that I am the second.” Real people don’t talk like that. Sorkin consistently makes me wish they did.

I find Sorkin to be a fairly solid director. Sometimes when behind-the-scenes figures transition to directing, it becomes clear that they should not have quit their day job. Between Chicago 7 and Molly’s Game, Sorkin has shown he does have an eye for direction. His movies have good pacing and I even found some of the more visceral scenes, especially the scenes of the Chicago protests, well-executed.

The acting talent in this movie is pretty remarkable. The standout performances, to me, were Sacha Baron Cohen as Abbie Hoffman and Yahya Abdul-Mateen as Bobby Seale. Abdul-Mateen affords a nobility to Seale in the face of the injustice he faced during the trial. For his part, Baron Cohen captures the chaotic credo of Hoffman, who wished to upend the system that led to the injustice of the Vietnam War. His take on Hoffman is strangely convincing, despite being over-the-top.

As with much of Baron Cohen’s (who is British) accent work, it’s difficult to tell whether the accent is good or not. His style is so over-the-top that whether it’s good or bad becomes beside the point; he is completely going for it and, by doing so, fascinates and, much like the rest of this film, won me over. Along with the release of this week’s Borat sequel (very excite!), this movie portends something of a moment for Baron Cohen.

The film’s political statement is somewhat saccharine, arguing the power of good speeches to bring about societal change. The movie does admirably highlight the conflict between Hoffman’s worldview and that of Tom Hayden (Eddie Redmayne), who believed incremental change is more effective. Needless to say, this debate is still part of American political discourse. The timeliness of the film would not be so apparent if not for the veteran entertainment capabilities of Aaron Sorkin and his comfortingly consistent wit.