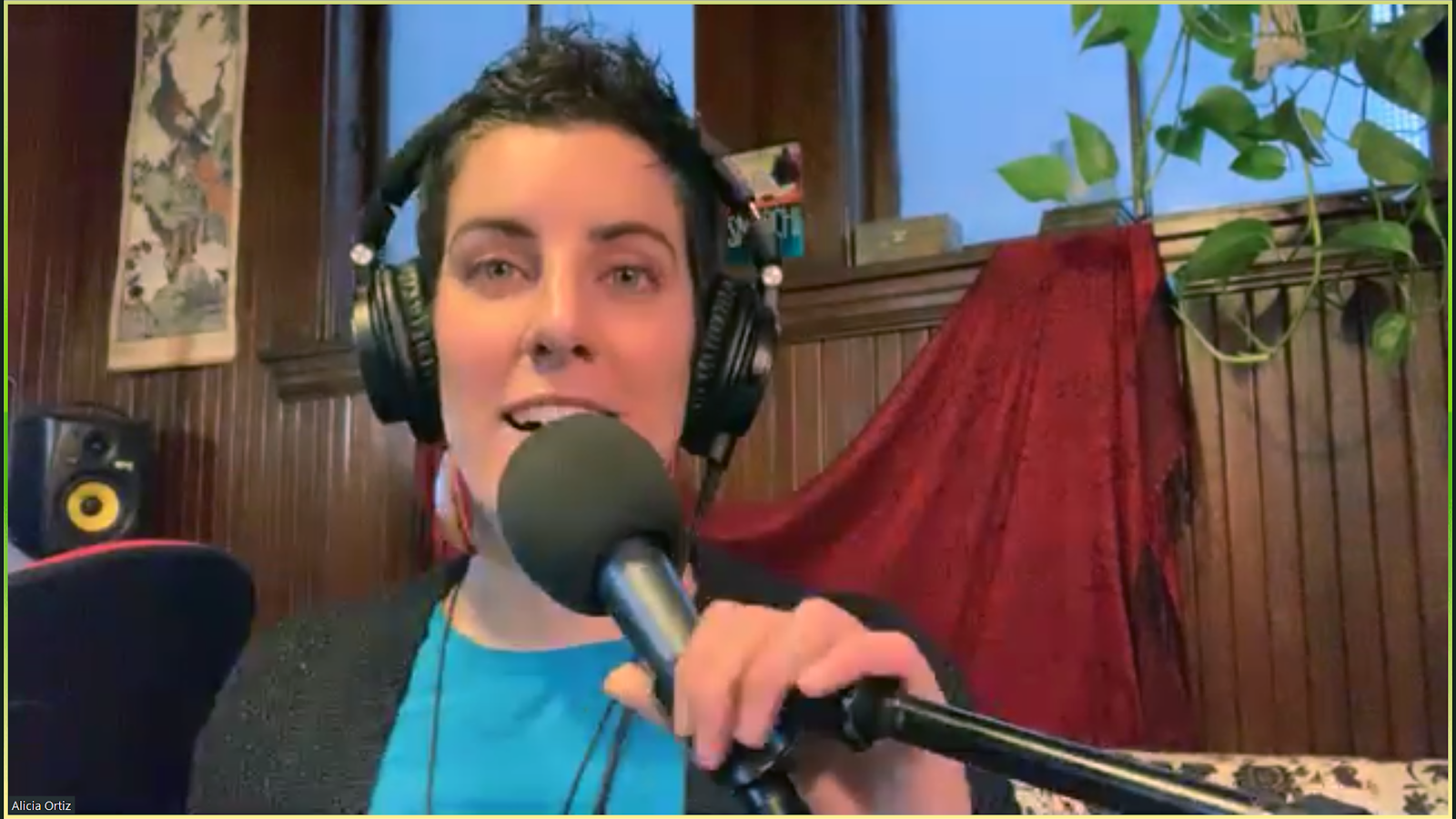 Alicia Vida Ortiz performs at a virtual open mic night in celebration of National Coming Out Day on Oct. 15, 2020. (Victoria Stavish/For The Diamondback)

This past Thursday, the office of Multicultural Involvement and Community Advocacy at the University of Maryland held a virtual open mic night in celebration of National Coming Out Day.

Held over Zoom, the event featured student performances, impromptu readings, open discussion and a concert from activist, educator and musician Alicia Vida Ortiz. The purpose of the event was to continue “a longstanding tradition in queer communities of coming out, calling in and confronting power by sharing our lived experiences,” according to the event’s flyer.

Before the performances began, viewers and participants alike introduced themselves in the chat box of the Zoom call while humming along to an upbeat playlist which included music from queer artists such as King Princess, Willow Smith, Janelle Monáe and The Internet.

[UMD students use fashion to express themselves during the pandemic]

Following the introductions, students at the university opened the show by performing original poetry. Themes of complexity, femininity, gender and love defined the first part of the night. I was impressed with the bravery and composure the performers had while sharing such personal and passionate pieces.

My favorite part, though, had to be how active and supportive the chat box was during the open mic. Comments like “Snaps,” “Amazing!” and “You go, girl!” were blowing up the bottom of my screen, making me, and probably everyone else on the call, smile to themselves.

After the scheduled student performances, the floor opened up to impromptu ones.

One viewer shared a journal entry about bisexual visibility day and her struggles vocalizing pride in her sexuality. Again, the chat exploded with positive comments and encouragement.

Although I couldn’t see anyone other than the performers, I felt as though I was really attending a live event and that I was a part of not only an audience, but a community.

The final 40 minutes of the open mic event were led by Ortiz, who focused on the community aspect of the event, inviting the audience to take deep breaths with her and share what had been weighing heavily on our hearts and minds.

“We’re in this very moment on this Zoom together, and we can hold space for each other and support each other,” Ortiz said.

Ortiz opened her portion of the show with an original song, “We’re Breathing,” the namesake of the open mic event. She then continued to focus on community and participation throughout her time on-screen, asking us to use the chat box to share our personal powers and anxieties, and the change we hope to see in the world.

After four more original songs, Ortiz asked us to participate one last time.

She then allowed all of the viewers to suggest themes for her improv. As the requests piled in, Ortiz sang, closing out her performance with an important reminder: “Thank you so much, all of you, for just creating the community that lives here. It’s valuable. So thank you for all that you do. I know we’ve all just met recently, but I appreciate you.”