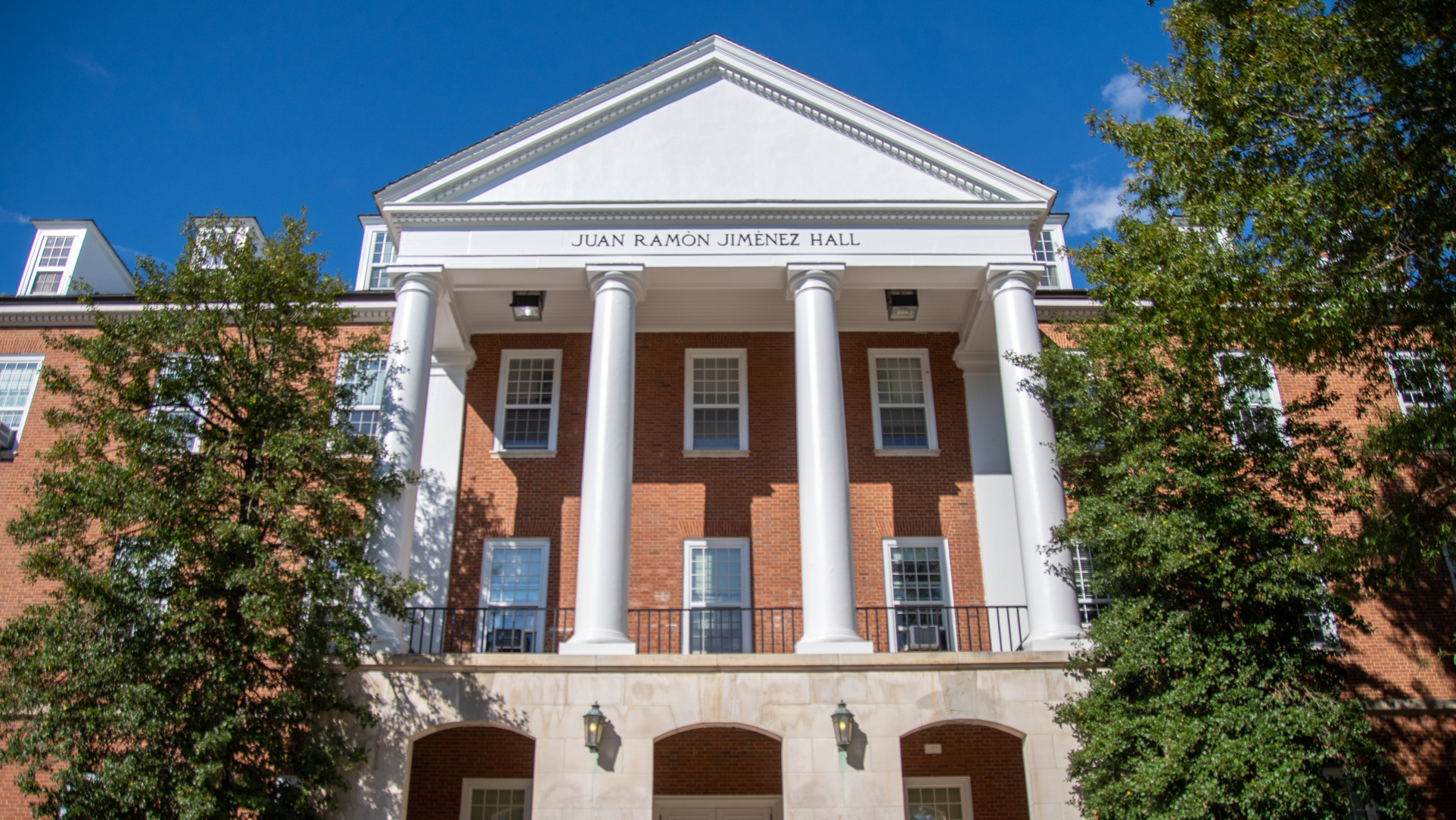 When junior Kelly Pentz took ITAL103: Intensive Elementary Italian at this university in the spring semester, she did not expect to undergo three professor changes followed by a global pandemic.

A second professor took over a few weeks into ITAL103, and the third professor followed a couple weeks later, unexpectedly thrown into online instruction after only being able to teach in person for a week. This instability, combined with ongoing technology issues, made it hard for Pentz to comprehend the material.

And this semester, as she takes ITAL203: Intensive Intermediate Italian, has proved no different. With her class fully online, bad connections have caused her to miss what her professor says, and there is no body language or visuals like those offered in a traditional classroom setting — making it even harder to learn an already complex language.

“There’s not much of a difference between all my [communication] classes being online and being in-person … it’s still a lecture,” Pentz said. “But with Italian, it’s a very different experience. It’s just not working.”

And Pentz isn’t alone in her struggles. Many of her peers also voiced their frustrations.

Maxine Asenso, a junior philosophy, politics and economics major, is taking FREN387: Critical Writing on France and the French-Speaking World mostly asynchronously this semester. She’s struggling to learn the language skills, she said.

“I tried to actually sit there with my highlighter … and try to read the reading. I only got halfway through the reading, and it’s still sitting there,” she said. “It takes a lot of effort on the students’ part.”

Not being able to regularly practice speaking in person hinders language acquisition, said Julia Giglio, a junior finance and French major. Being able to comfortably talk with other students and make mistakes, outside the hearing range of the professor, is critical.

“Such an important part of learning a language is being able to interact with your fellow students,” Giglio said.

And while Zoom breakout rooms can help, they often create barriers between students rather than eliminating them when it comes to practicing the language, Asenso said.

“In the breakout rooms, half the cameras are off. People who are trying to participate either dominate the conversation or are just staring at themselves,” she said.

Sometimes, the problem is that no one speaks in the target language, said Hannah Schaadt, who is taking SPAN301: Advanced Grammar and Composition I.

“We’re usually speaking English because we’re trying to figure out how to answer the questions,” said the sophomore criminology and criminal justice and government and politics major.

Schaadt said it’s hard to get through class without feeling embarrassed about making a mistake in Spanish — which Zoom amplifies.

“I’m usually pretty shy so in class it’s hard for me to participate, but I think for me it’s definitely much harder over Zoom,” she said. “I’m used to raising my hand when I want to say something, and my professor doesn’t really follow that model … he kind of just calls people out, which makes me really nervous.”

Some students, though, said that while learning a language over Zoom can be tough, it’s not all bad. For one, it can teach students to take more initiative, Asenso said.

“If no one’s talking, you can be the start of a conversation,” she said. “If you’re trying to learn, and someone’s speaking in English, don’t be afraid to say something in French back.”

Giglio echoed Asenso’s positive remarks to say that having access to all the course materials online has been useful to return to as a resource in French class.

And online instruction has enabled professors to use technology in a way that can sometimes be more helpful than in-person methods, she said. For example, Giglio said her French professor would live-edit her work using Google Docs, something she hopes will continue even after the pandemic.

“This semester is not necessarily learning a whole lot of new things,” Giglio said. “[It’s] more like solidifying good habits like language retention.”