Students reflect on several weeks back in face-to-face classes 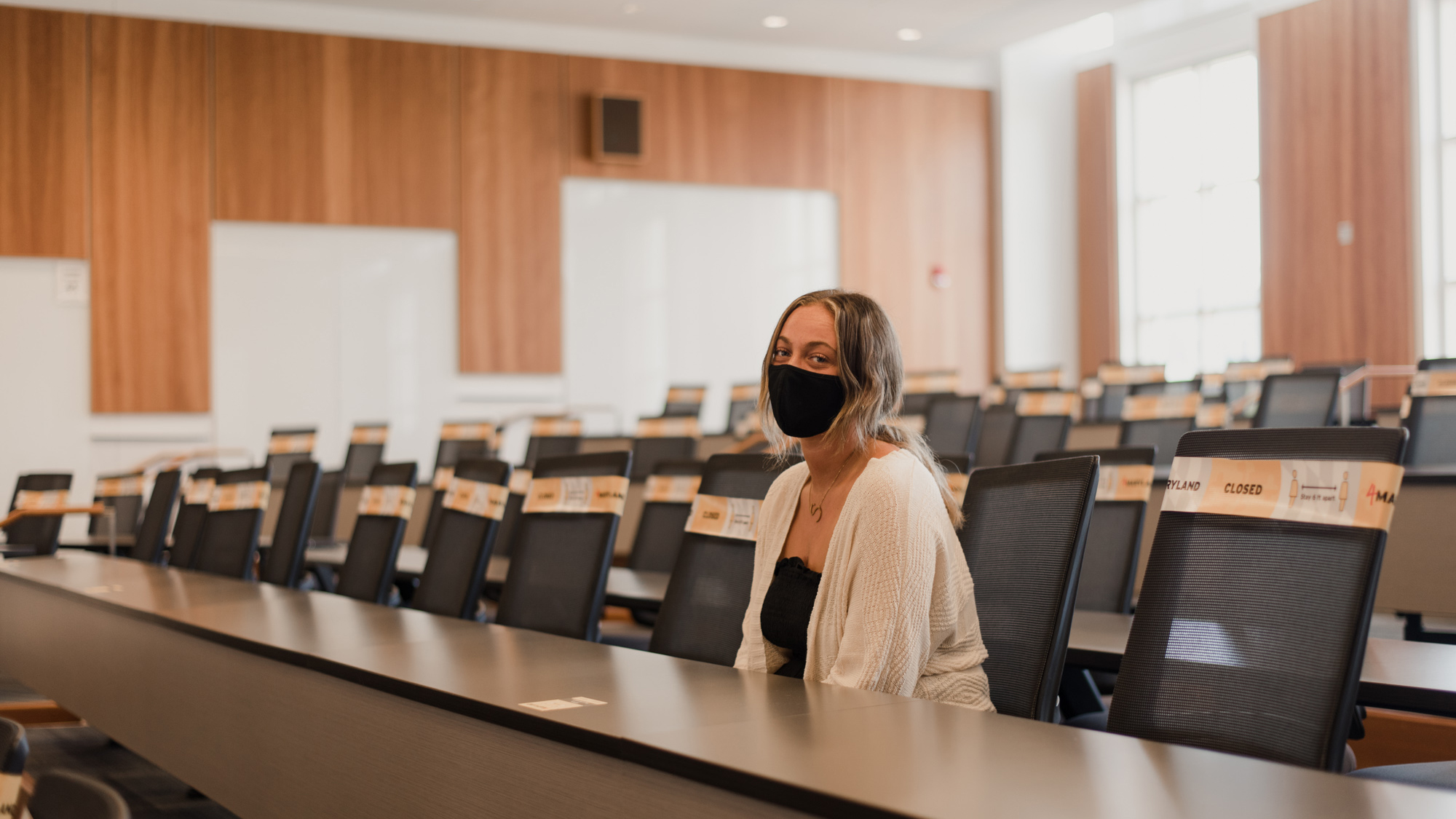 By Hojung Ryu
For The Diamondback

When Shelly Chikis stepped into a classroom in the biology-psychology building at the University of Maryland in mid-September for a class during the coronavirus pandemic, she found a scene different than what she was familiar with.

Unlike past semesters, when lecture halls were filled with students, the junior hearing and speech sciences major saw a sea of chairs roped off to enforce social distancing and noticed the absence of human interactions, such as group discussions, during class.

Chikis chose to attend in-person classes because she tends to get “less distracted” in a classroom setting, she said.

“I also am someone that likes to make both social interactions and connections with people, especially my professors,” Chikis said. “I personally find [academic instruction] more valuable in person.”

But despite her own excitement to be back in the classroom, “only five or seven” of her classmates attend in person, Chikis said.

Elyssa Stabile, a sophomore nutrition and food science major, attends an in-person course twice a week. She meets with about 25 other people in a lecture hall built to hold hundreds more.

Attendance is mandatory for her class, Stabile said, and if students lived too far or felt uncomfortable with the in-person aspect, they were asked to drop the course.

While she said she prefers in-person instruction, Stabile said she thinks it would still be nice to have an online option.

“I definitely feel like it would be a good resource to be able to be online,” Stabile said, adding that nevertheless, she thinks in-person instruction is better in terms of maintaining students’ attention.

It’s hard to ignore what’s changed about in-person experience, though.

Maggie Strandquist, a sophomore enrolled in letters and sciences, attends an in-person laboratory course at this university.

Strandquist said she wears a mask throughout the entire class, and students are instructed to wipe down surfaces they touch with alcohol wipes before and after every lab.

Her class size is restricted to one teaching assistant and eight students. Though she had the option to take the class fully online, she opted for the in-person version.

But even with the precautions, Strandquist said, she thinks the quality of education is better than what she has experienced through online learning.

“Just being in the classroom environment with other students and able to talk to other people, makes it a lot easier to understand what you’re learning,” she said.

The university continues to hold some classes in person.

“I don’t have really any complaints. I think the way they’re doing it is great,” Chikis said. “[If] everyone does their part, we’ll be on a good road for the future.”