UMD students take to video game Among Us to make friends 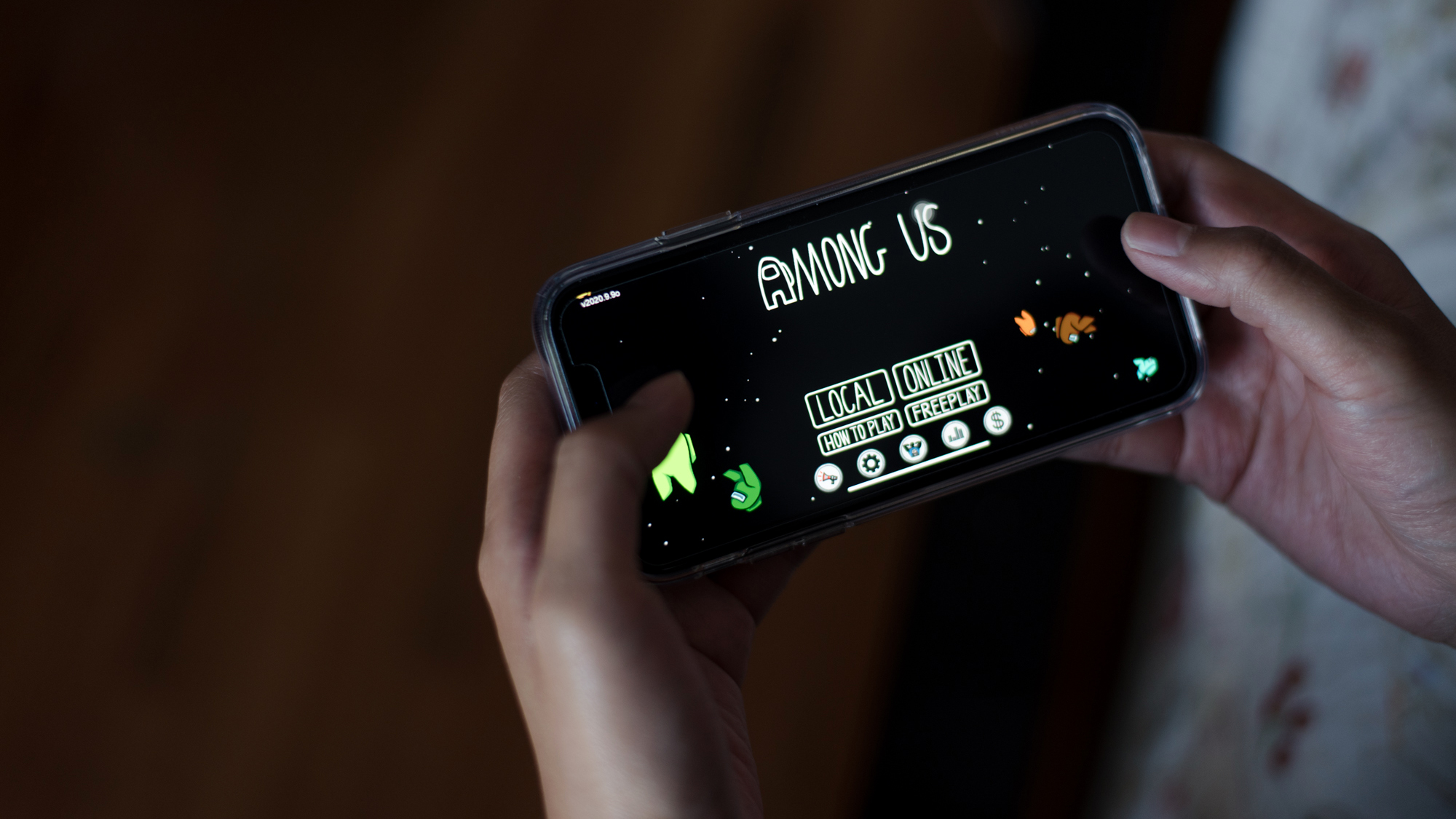 Among Us is an online multiplayer game available for PC, Android and iOS devices. (Gabby Baniqued/The Diamondback)

The coronavirus pandemic has forced people to turn to various online resources to stay connected with family and friends. And along with Zoom calls and group FaceTimes, many students across the country — including those at the University of Maryland — have turned to the virtual game Among Us.

Created by Washington-based video game developer InnerSloth, Among Us was released in 2018, but it’s now gaining massive traction and soaring in popularity among … well, us.

Liam McCarthy, a freshman computer science major, says he enjoys the game, adding that he’s been able to meet a few people on the Ellicott Hall floor where he lives using the app.

“I think it got blown up because everyone’s just been locked in by themselves,” McCarthy said. “It just gives you an opportunity to just interact with your friends in a way that you couldn’t before.”

In Among Us, up to ten people can be in a game at once, and the app assigns roles to its players, making them either a “crewmate” or “the imposter.”

[With most classes online, some UMD students are turning to GroupMe]

The digital experience takes place on a virtual spaceship, and crewmates go around rooms in the spaceship attempting to complete a set of tasks while simultaneously trying to avoid being killed by the imposter.

If all the crewmates finish their tasks before the imposter successfully kills them, or they manage to find the impostor, they win the game.

Depending on the app’s settings, there can be more than one imposter, and those assigned to that role must try to kill the crewmates without getting caught.

If players suspect someone is the killer, they can call an “emergency meeting” with other players, where participants get a chance to discuss who they think the imposter is before choosing whether to vote someone out of the game.

James Murbach, a freshman mechanical engineering major, said although he hasn’t made new friends through the game, he still recommends other students play it.

Murbach doesn’t play many online games, he said, but he’ll play Among Us if he wants to talk with his friends.

“It’s a fun way to pass a little bit of time” Murbach said.

But Matt Leavitt, a freshman computer science major, said the game has helped him make friends this semester.

Like McCarthy, Leavitt lives in Ellicott Hall and said he’s been able to connect with students living in his building.

“It’s just a lot of fun,” Leavitt said. “We’ve had many late nights where [we] just keep playing the game for hours.”

The app is available for iPhones, Androids, and PC computers.