With most classes online, some UMD students are turning to GroupMe 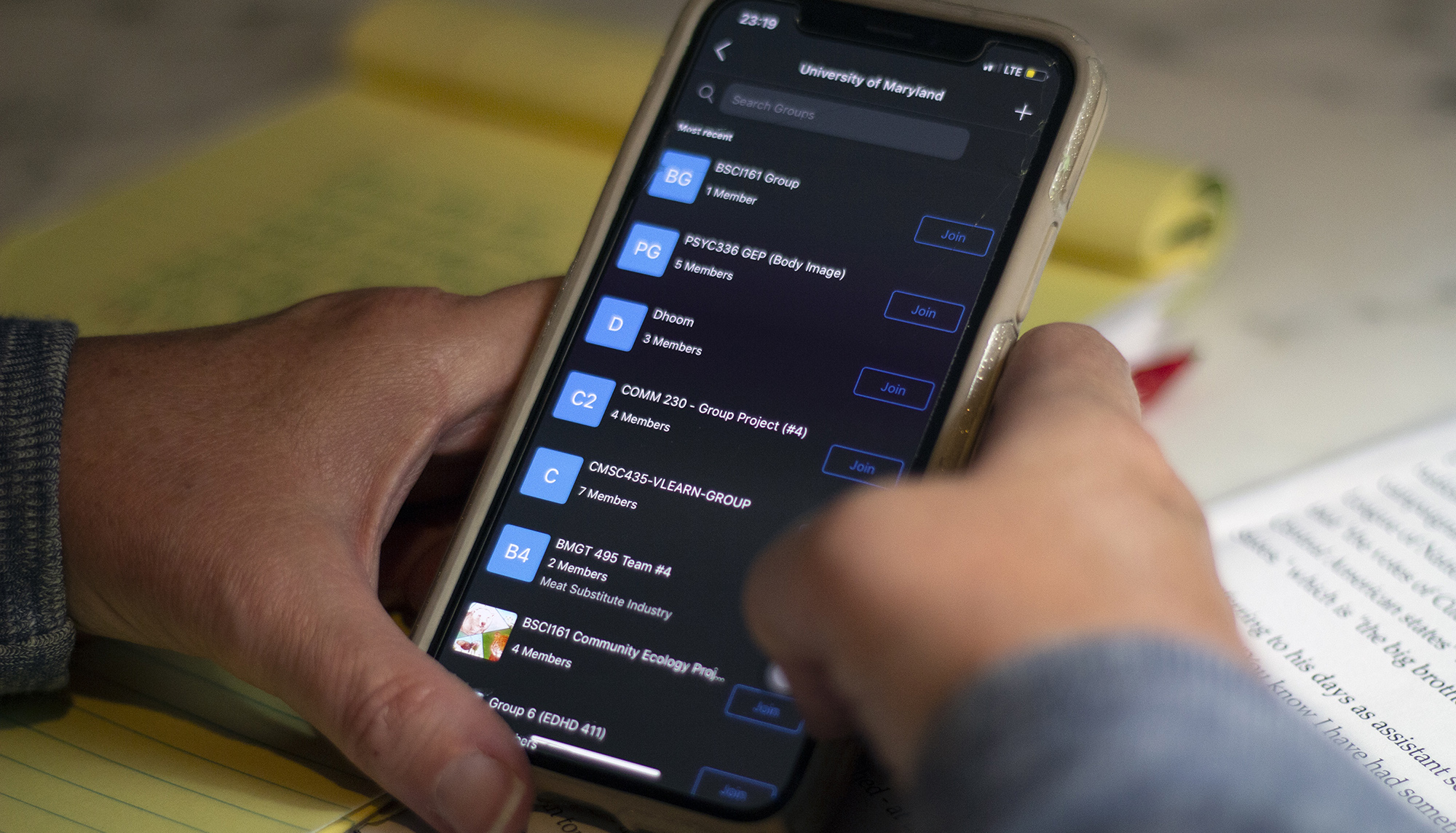 As many students at the University of Maryland log on to virtual classes, group projects and class discussions are increasingly being conducted over the messaging app GroupMe.

The app helps connect students to their classmates, providing a means of communication between those living on the campus and students taking courses from home and offering a medium for informal class discussions and study groups.

Jacob Toll, a sophomore government and politics major who is taking his classes from home this semester, said that he has begun using GroupMe more this year. In previous years, Toll said he would use Snapchat to connect with his peers, but that’s changed now.

“As far as the app goes, it’s getting a lot more use from me personally,” Toll said. “I’ve definitely been using it more often now that I can’t really talk to students in person with lectures.”

Omar Tawfik, a sophomore government and politics and operations management and business analytics major, said he used GroupMe last year for both academic and social conversations, but he now uses the app more often for class.

Having large chats in the app allows for a greater range of communication, Tawfik said.

“When you use a GroupMe with 300, 400 people you use that chat and you find people who are willing to make a smaller study session,” he said.

Tracy Tomlinson, a psychology lecturer at this university, said she’s studied data about her classes’ usage of the app. Tomlinson found 33 percent of students found GroupMe chats “slightly or moderately useful” and about 16 percent found it “very useful.”

The app has many benefits for students, Tomlinson said, as it allows them to ask questions quickly and create study groups, as well as providing more instantaneous communication among classmates.

But not all outcomes of the app’s use are positive, Tomlinson said. Just like with any messaging site, she said, GroupMe can lead to cheating.

“Doing it in an ethical way is a dilemma both from a student perspective and from an instructor perspective,” she said.

If the administration finds that cheating has occurred through a GroupMe chat, Tomlinson said, anyone in the chat could potentially be held responsible.

“When I was in college … if a student wanted to cheat, you had to go to the test file — which was literally a file cabinet that had the whole test in it — or you talked to somebody who had the test,” Feehan said. Now, the issue is just about “different technology.”

Eliza White, a sophomore animal sciences and Spanish major, said that GroupMe has been “a lifesaver” as she’s taking classes from home this semester.

White finds she’s more open to voicing her confusions or anxieties about assignments through the app than she has been in-person in previous semesters.

“I know everyone else is probably in the same boat,” White said. “Nobody else knows what’s going on either, so you don’t feel alone.”