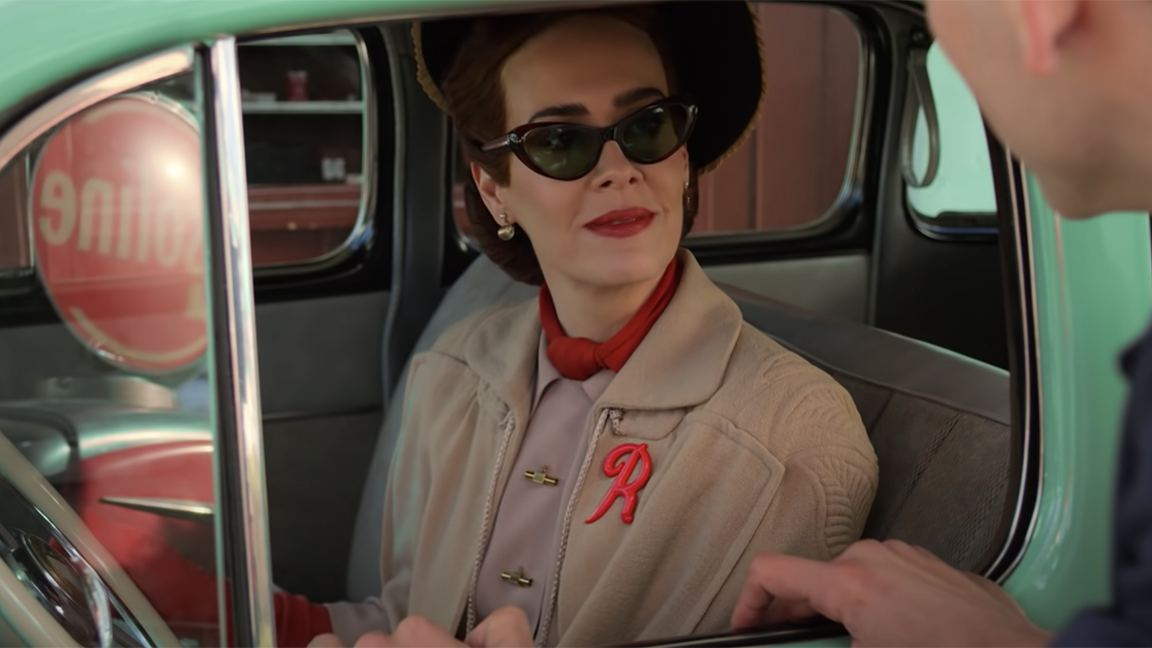 The first season of 'Ratched' is available on Netflix. (Photo via YouTube)

Celebrating Halloween this year is challenging for a number of reasons. Attractions are limited and parties can be dangerous, but one thing is missing from spooky season that’s making it especially difficult to get into the spirit.

Usually, a new season of American Horror Story is released around this time. Fans should be watching creator Ryan Murphy unveil another haunting, beautifully crafted plot featuring something like cults, ghosts or murderers. Unfortunately, FX announced that season 10’s release would be postponed until 2021. The season was planned to start filming in March, but it’s now beginning this month.

Classic horror movies will always be a fall staple, but not all provide the same theatrics or disturbances of an American Horror Story season. Since watching new shows and movies has become an integral part of our stay-at-home routines, here are the best ways to fill that AHS-sized void in fans’ hearts.

It is definitely not a hot take to recommend Ryan Murphy’s latest release on Netflix. Sarah Paulson stars as the unhinged Nurse Mildred Ratched, which is especially great for fans who were anticipating her role in the upcoming season. With similar production quality to Murphy’s other hits, this series easily transports you into a different era. The post-WWII setting is the perfect contrast to the brutal world Ratched creates in an eerie psychiatric hospital. AHS fans will quickly notice a stark resemblance with Asylum (AHS season two), which makes this series about as close as we can get to season 10 right now. Still, it stands as impressively haunting work on its own.

Channel Zero is not cut directly from the Ryan Murphy cloth and does not include the same actors that fans have grown accustomed to watching every fall. However, this horror anthology series has unfortunately sat in the shadow of American Horror Story throughout its four seasons. Now is the perfect time to give the SYFY series some recognition. Creator Nick Antosca shies away from the campy production Murphy is known for and provides few theatrical distractions from the show’s most disturbing moments. AHS has grown more into a production glitz with every season, while Channel Zero is reminiscent of the classic first season showing plain-clothed people and to-the-point horror.

Another anthology series, Fargo, has been raved about since its start. The series debatably outshined AHS as its FX network counterpart in 2014. Some reviews  suggested it revived the series model AHS began using back in 2011.

The four seasons are barely connected to each other except for their shared universe. The actors do not carry over to each season like the iconic AHS cast.

Fargo is categorized as a Black series combining crime-drama with a bit of comedy. Its humor could be seen as the signature that replaces Murphy’s theatrical flairs. AHS fans will find bloodshed here, and there’s no lack of thrilling suspense. Fargo uses similar elements from far-off worlds and fantasy encounters and places them in crime scenarios.

It only feels right to recommend some of what inspired Ryan Murphy. He notes Steven Spielberg and David Fincher as two of his favorite directors. Particularly, he calls Fincher his role model, not only for some of his dark work, but for the fact that he “doesn’t give a fuck” about what people think of him.

Honor Murphy’s favorites by watching some horror hits this season. The Zodiac Killer is even included in AHS. While Spielberg and Fincher’s classics are not similar to Murphy’s infamous production style, they will still fit perfectly in a Halloween movie night lineup.

Jessica Lange is one of the most iconic cast members of American Horror Story, if not THE most. The seasons she appears in are the strongest. Murphy has called her a crucial part of the AHS project, and she is also a part of his other series, The Politician. Constance, her first AHS character, was heavily inspired by her role in A Streetcar Named Desire.

She stars in Cape Fear, a hit psychological thriller also directed by a legend, Martin Scorsese. The star-studded cast will certainly not scare you in the way AHS ever has with bloody murders or unsettling supernatural characters. However, the timeless work is still an exciting crime story.