Ten(ish) horror movies you should be watching right now 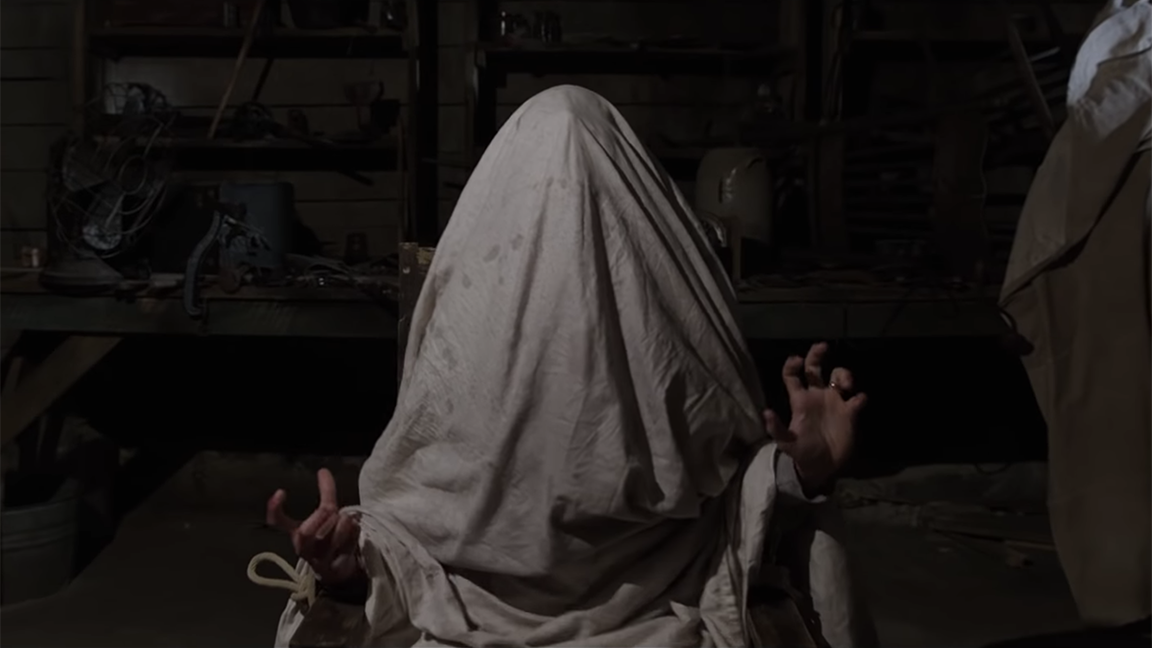 'The Conjuring' should be on your list of horror movies to watch this season. (Photo via YouTube)

So it’s a few weeks before Halloween and you’re trying to figure out what to watch next on your “31 Nights of Halloween” adventure. Don’t worry, I’ve got you covered. I wouldn’t call myself a horror movie expert, but I have seen my fair share of jump scares, demons and supernatural scenes that stay with you for a few weeks  — or years. So, pop some popcorn and make sure you’re with a friend, because some of these movies will have you hiding under the covers or curled up in a ball on your sofa.

Different people like different types of horror movies. Some go for the psychological slow burns while others like the gore and jump scares, but everyone needs to see the classics:

This film, based on Stephen King’s 1977 novel, is basically the father of all scary movies. Scenes such as Danny Torrance (Danny Lloyd) riding his tricycle around the hallway of the Overlook Hotel, repeating the phrase “redrum” while his mother sleeps, and the scene with the identical twins appearing at the end of the hallway as Danny rides around are all well-known. Jack Nicholson, who plays the famous Jack Torrance, also does a fantastic job of scaring the crap out of you as he loses his sanity. Basically, this movie is a must see for all horror fans.

This Australian film is another classic that everyone should see at least once. The story follows Amelia (Essie Davis) and her son Samuel (Noah Wiseman) as they battle a mythological creature that is haunting Samuel. The movie mostly relies on horrifying concepts rather than jump scares, and its meaning can definitely be analyzed in many different ways, which is what earns this film a spot on the list.

[Review: ‘Emily in Paris’ is an above-average romantic drama]

This movie is a perfect home intrusion feature to spice up your horror nights. The film, which started the 11-part horror series with the famous Michael Myers (Tony Moran) as the star of the show, is now a staple of horror movie classics. If you’re really hooked, you can even delve into the other 10 movies.

If you’re more of a slow burn horror type of person, this Jordan Peele film is a great place to start. You may have to watch it more than once to understand each scene, metaphor and hidden message within the story of Adelaide Wilson (Lupita Nyong’o) and her family. Mixing jump scares with home intrusion, gore and psychological mayhem, this movie will certainly stay with you for days. If you’re really into it, you can also watch Peele’s Get Out (2017), which follows a similar psychological turn of events and will have you reflecting on each scene for weeks.

Although this movie is nearly silent, it immerses you psychologically into the experiences of  Evelyn (Emily Blunt), Lee Abbott (John Krasinski) and their children in a post-apocalyptic world haunted by creatures who are attracted to noise. Between the sci-fi/fantasy feel and the constant suspense, this movie will have you on edge from the start. You may even find yourself yelling at the characters to watch out or rooting for their victory.

If jump scares, demons and supernatural activity are what really keep you up at night, The Conjuring is a perfect place to start. This James Wan film is an essential part of the horror movie subgenre that focuses on the supernatural, demons and exorcisms. As a forewarning, expect to be huddled as close to the person next to you as possible by the end of the film, but it’s the perfect fit for a stormy October night.

The Annabelle universe is a prequel to The Conjuring, so watching this film will give you a strong background but will also give you the chills. To make matters worse, the tale about the cursed doll is based on a true story. However, if you’re feeling brave, other movies in this universe include The Conjuring 2 (2016), Annabelle: Creation (2017), The Nun (2018), Annabelle Comes Home (2019) and The Curse of La Llorona (2019), all of which I recommend to my fellow horror movie enthusiasts.

If you’re like me, and this subject matter makes your hands clammy just thinking about it, this movie will be a memorable one. Although some may watch it without flinching, my eyes were shut tight and I was simultaneously trying to cover my ears while holding onto my friends for dear life. For whatever reason, this movie about a grieving family experimenting with a Ouija board made me fear for my life and definitely got us dirty looks in the theater for screaming so loudly. Of course, as a horror movie fan, I enjoyed the rush and laughed about it afterward. So if this is the experience you’re looking for, this is the movie for you.

To put it lightly, after watching The Autopsy of Jane Doe, I slept with the lights on for over a week. It may be because I watched it alone, which I do not recommend, but the movie also had a chilling effect. The movie centers on a coroner and his son performing an autopsy on a mysterious body found at the scene of a homicide. As well as keeping a fascinating storyline, the cinematography was also quite good. The movie is available on Netflix, so there’s no excuse not to add it to your list.

OK fine, this is a TV show. However, it has all of the elements of a disturbing horror film and will keep you hooked throughout the season. The story, which follows a family after the death of their sibling, weaves through time and the different experiences of the five siblings. I found this show to be so well done, I actually faced a dilemma every night of wanting to continue watching the show after everyone went to sleep and not being able to because it was simply too disturbing. However, following suit of many good horror films, the show makes you think and reflect on metaphors and deeper meaning, which is why I recommend diving in.