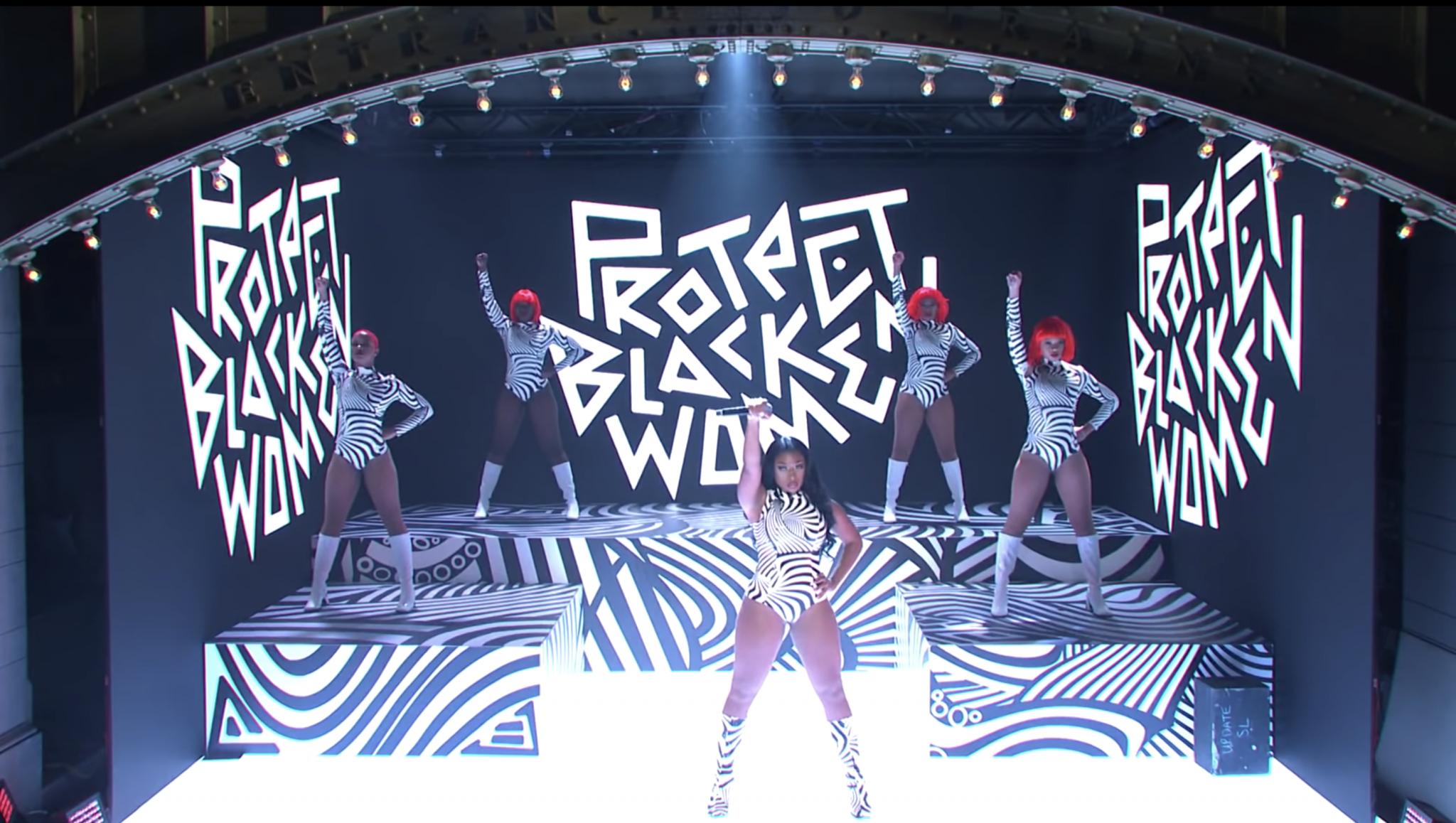 Megan Thee Stallion put on a powerful performance of “Savage” on Saturday Night Live this past weekend with a strong political message.

The rapper, accompanied by her backup dancers, stood proudly during an interlude, rhythmically raising power fists to drums in between recordings of Malcolm X and activist Tamika Mallory’s comments about Kentucky Attorney General Daniel Cameron.

While this isn’t the first political stance performers have made on Saturday Night Live, this one stands out because of her relationship with the subject. Megan Thee Stallion not only took a stand for other Black women, such as Breonna Taylor, but for herself, another victim of gun violence and misogynoir.

Earlier this summer, in an Instagram post, the rapper posted: “I suffered gunshot wounds, as a result of a crime that was committed against me and done with the intention to physically harm me.”

Many people online spread heartless memes, jokes and accusations of being a snitch about the situation. As a result, the rapper tweeted a response.

“Black women are so unprotected & we hold so many things in to protect the feelings of others w/o considering our own,” she said. “It might be funny to y’all on the internet and just another messy topic for you to talk about but this is my real life and I’m real life hurt and traumatized.”

There are people still in her statement’s Instagram comments playing doctor and accusing her of lying.

It wasn’t until later in August, during an Instagram livestream, that she said rapper Tory Lanez, who she was romantically involved with, was the one who shot her. Speculation had risen that it was Lanez all along, but there was no confirmation until her livestream.

Lanez stayed silent on social media until Sept. 24, when he tweeted an announcement to make later that day. That announcement was an album cover. Lanez wrote, “There is a time to stay silent . And a time to speak …..”

Multiple tracks on his album addressed the incident. In the first track, “Money Over Fallouts,” he name-dropped Megan Thee Stallion, rapping, “Megan people tryna frame me for a shootin’ … I would never put you in no danger, and if I did, you would’ve said it when you seen the cops.”

Lanez also rapped, “Gotta see a couple questions: How the fuck you get shot in your foot, don’t hit no bones or tendons?”

Now, many months after the alleged shooting, Megan stood proudly on stage and spoke her truth. During the same weekend as her performance, Lanez was seen shooting a music video in New York City.

Whether or not it was intentional, it lacked couth to be in the same city as her — especially after her attorney said there have been false narratives given to the media by Lanez’s team “in a calculated attempt to peddle a false narrative about the events that occurred on July the 12,” calling the situation “a smear campaign.” Him being in New York City felt invasive, like he was trying to take away her light.

Megan Thee Stallion has been put through a lot during this entire situation, from the weight of such a private event unfolding in the public eye, to the memes, public ridicule, victim-blaming and immature responses from Lanez. Using her Saturday Night Live platform to stand up for justice is laudable.

I couldn’t be more proud of her for not backing down. People need to start taking her, and others affected by these issues, more seriously. When people speak up, others listen. There’s no telling how many people were touched by her performance.

Megan Thee Stallion broke the toxic cycle in hip-hop where women don’t speak up about abuses they’ve suffered out of fear of retribution. While there’s still a long way to go, Megan and others are just getting started.