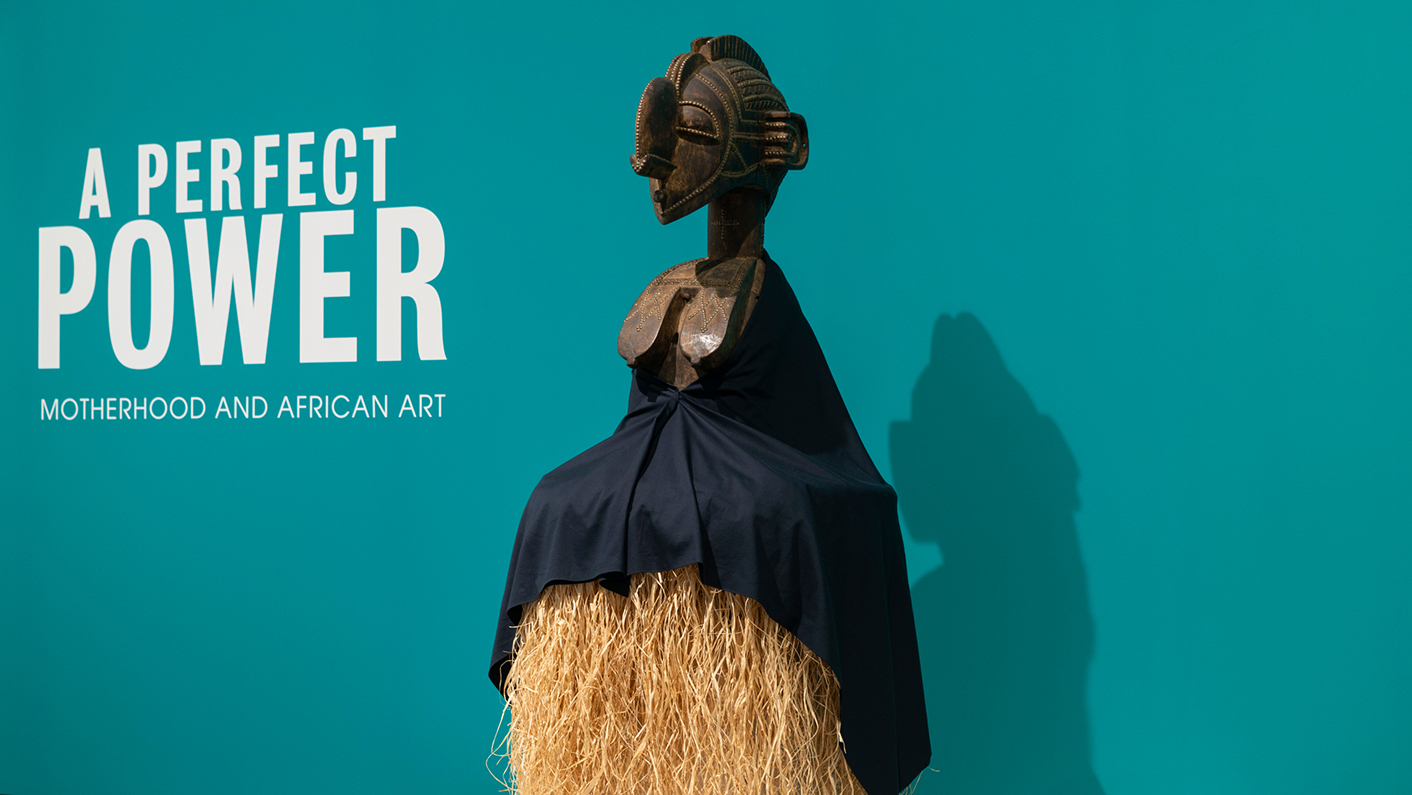 (Photo courtesy of the Baltimore Museum of Art)

During this time of social distancing and wearing masks, businesses across the spectrum are revamping their operations — and the Baltimore Museum of Art is no exception.

Last week, I had the pleasure of viewing one of their newest exhibits, “A Perfect Power: Motherhood and African Art,” through a Zoom session with the one of the curators, Kevin Tervala.

Tervala, a University of Maryland alumnus, illustrated how African art in various mediums has been used to emphasize the power of motherhood.

The virtual exhibit primarily showed masks and sculptures in varying materials. They were mostly natural-colored with some pops of color to emphasize areas on the faces of the mothers. The masks also had intricate patterns and designs.

[Review: ‘Emily in Paris’ is an above-average romantic drama]

The first piece was the Great Mother Headdress — D’mba, in the native language of the Baga people — which was the inspiration for the entire show. The piece was a sculpture of an elderly mother made of wood, iron and copper that serves as a representation of “ideal femininity” in society, Tervala said.

I loved how the work Tervala showed highlighted how important Mother Power is to African societies. I learned that, as Tervala said, Mother Power “stabilizes many societies, heals communities, marks beauty and status and gives strength to leaders.”

The Commemorative Figure of a Chief — Singiti in the native language of the Hemba people — was the final piece in the virtual exhibit, and it brought a new side of motherhood to light.

The figure was a sculpture made of wood that portrayed aspects of both a man and woman. The figure had the beard and genitalia of a male but was simultaneously pregnant and displayed the breasts of a woman. This was done to show motherhood as genderless in African societies, Tervala said.

The exhibit was called “A Perfect Power” because in modern Africa’s matrilineal societies, mothers have an authority in almost all parts of life, Tervala said.

When asked about using artwork to make a difference, Tervala said people should look at “other places in the world and see that it is possible to work past [difficulties].”

Tervala said the project was important to him because Western societies have “patriarchies where women have been suppressed for centuries,” but “Africa runs by a matriarchal society in which women and mothers are vallorized.”

The images of the artwork were moving and gave mothers the value they deserve. It made me wish Western societies had this same adoration for the worth motherhood has and its major roles in everyone’s lives.