‘The Haunting of Bly Manor’ is such a letdown, it’s scary 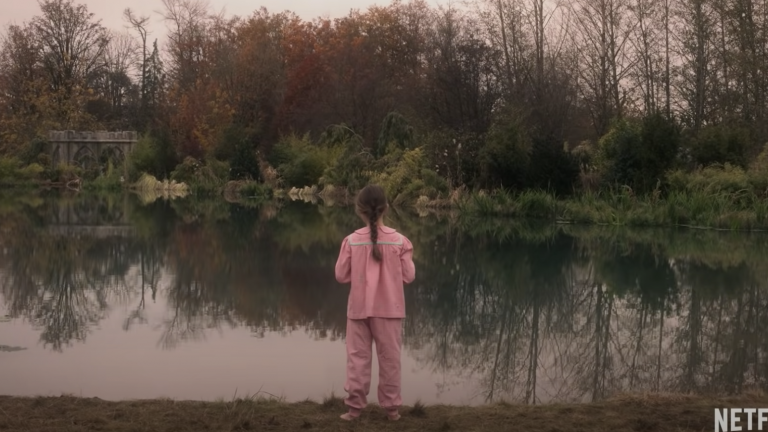 'The Haunting of Bly Manor' is available on Netflix now. (Image via YouTube)

Two years ago, The Haunting of Hill House, the first installment of Mike Flanagan’s anthology series, dropped. Hill House was the first Netflix series that was genuinely scary, so much so that I would not recommend watching it alone at night.

The new family in the series is similar to the troubled Crains from the first installment. In this instance, they are not all blood-related but brought together through trouble and grief. Loss, and the feelings that accompany it, are central parts of both series.

And Bly Manor features some of the same impressive cast members in this new home, which only added to the hype, leading me to believe that this series would be just as great as the last. But these nine episodes are not nearly as scary as their predecessors.

Where Hill House revolves around the family’s matriarch, the mysteries at Bly Manor pile up to become far more complicated. Mind games elevate horror. But it’s not enough just to be scary, and Hill House proved that. The psychological aspects made those jump scares and twisted characters unforgettable. Bly Manor needs this level of mystery, but falls short.

The many layers of secrecy are necessary to this unique style of horror, but in this case it rendered a somewhat clunky result. Each episode feels like its own ghost story, weakly connected through the characters whilst weaving the past and present together like in Hill House. It has similar flashbacks that help us put the pieces of the puzzle together, but there are so many storylines and suspicions that there is inevitably some untapped material that never gets resolved. Many connections remain fuzzy in the end.

This complexity of this series does not allow us to just focus on the family, which is what made Hill House special. By the end of Hill House, I truly felt the Crains’ pain. They were loveable, which made their torment so much more poignant. The characters of Bly Manor do not evolve like the Crains did, which cannot be blamed on the cast. Important emotional connections are just absent in Bly Manor.

Flanagan could have made up for these shortcomings if the series was just inarguably disturbing. Sadly though, Bly Manor relies on the psychological like Hill House did, but those elements are not strong enough to carry the series.

Ultimately, this series does have its strong moments. Bly Manor is a solid series for the Halloween season, featuring the obligatory haunted house and troubled kids. And it is creepy, it’s just not nearly as inventive as Hill House.

Two years later, and Hill House’s psychological elements and striking visuals still stick with me. But Bly Manor is missing what would have made it a strong second installment, especially in terms of visuals. It looks like any other horror movie or series, which feels like the biggest letdown. It meets the standard and does so fairly well, but I associate Flanagan with the unique.

If The Haunting of Bly Manor was framed as its own series, that would change everything. Besides the director and cast, it’s only connection to the former is that they are both loosely based on novels. I wish that the hype of Hill House did not affect my experience, but that is an unavoidable and totally unfortunate effect.