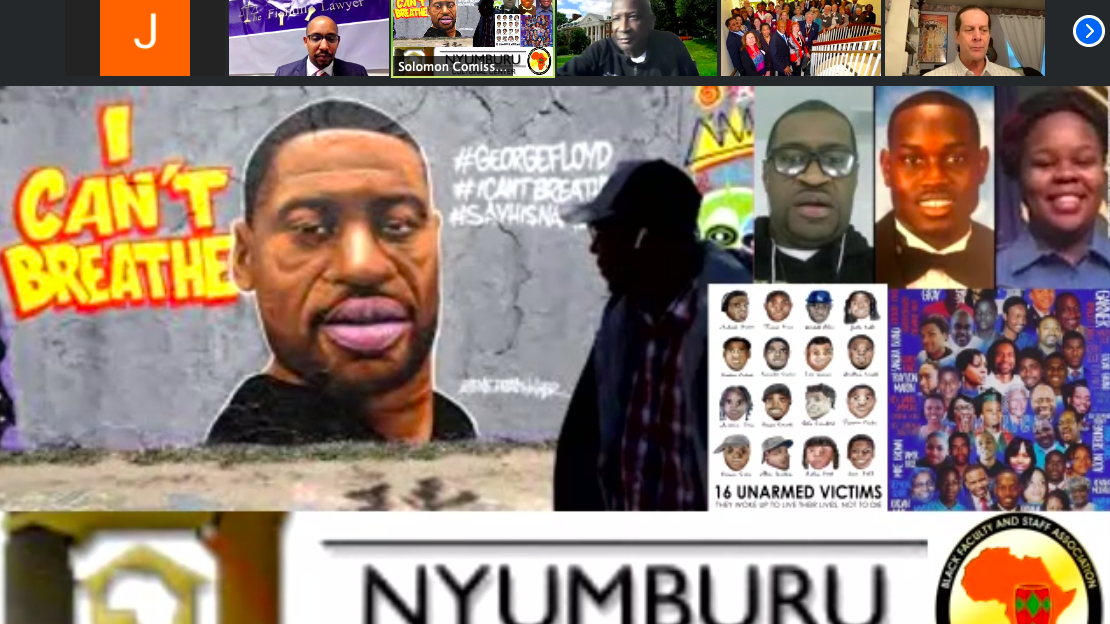 By Joelle Anselmo
For The Diamondback

Following nationwide protests calling for an end to racial injustice and inequality, schools everywhere are being called upon to improve and expand education on Black history and current racial issues in the United States.

On Thursday, the Black Male Initiative of the Nyumburu Cultural Center at the University of Maryland hosted its annual “Know Your Rights Workshop,” organized by Solomon Comissiong, the president of this university’s Black Faculty and Staff Association.

The goal of the program, Comissiong said, was to educate young adults on their constitutional rights and how to handle encounters with law enforcement.

“We want people to be able to fight these battles in court and not lose their lives or be fiscally damaged because of it,” Comissiong said.

During the workshop, the group showed a 30-minute video of acclaimed defense attorney William Murphy, discussing the “10 Rules For Dealing With The Police.”

“The police may legally lie to you,” Murphy said. “So never let false threats and promises trick you into waiving your rights.”

In his legal career, Yancey said, he has taken on cases where police pulled over, profiled or disrespected Black people, he said, but did not necessarily physically abuse them. These cases almost never go to trial due to lack of evidence, he said.

“A lot of times, the acquittal is the best you can get,” Yancey said. “Officers have the power and authority of the law behind them.”

Yancey told attendees that if they find themselves in a situation involving police, they should carefully film the event with a cell phone, making sure the police don’t mistake the phone for a weapon, and take mental note of information about officers present, such as their badge number and name.

He also advised filing police complaints, saying they can have an impact on holding officers accountable.

By speaking at the workshop, Yancey said, he hoped to empower students to “advocate for themselves,” and engage in discussions surrounding racial injustices.

“That’s my hope, for [students] to understand,” Yancey said. “For them to be able to engage in conversations and, on a practical level, to save their lives when the time arises.”

Dr. Ronald Zeigler, one of the co-founders of the Black Male Initiative at this university, praised Yancey for his advice.

“Thank you for sharing your skills and your experience and your knowledge,” Zeigler said.

Even though ongoing discussions around police brutality make the workshop’s topics relevant to recent events, the program has been going on for years, Comissiong said in an interview before the workshop.

“We’ve done this well before Breonna Taylor and George Floyd,” Comissiong said. “Black people have been extrajudicially murdered by the police unarmed for generations.”

“I have no choice but to try to be optimistic,” Comissiong said of the current social climate. “You have to be ready for a long, long struggle.”

CORRECTION: Due to an editing error, a previous version of this story misquoted Solomon Comissiong about the goal of the program. Comissiong said the goal was to educate people on how to fight legal battles and not be “fiscally damaged” because of it, not “physically damaged.” This story has been updated.