UMD students have continued going to bars. Psychology professors had a few ideas why. 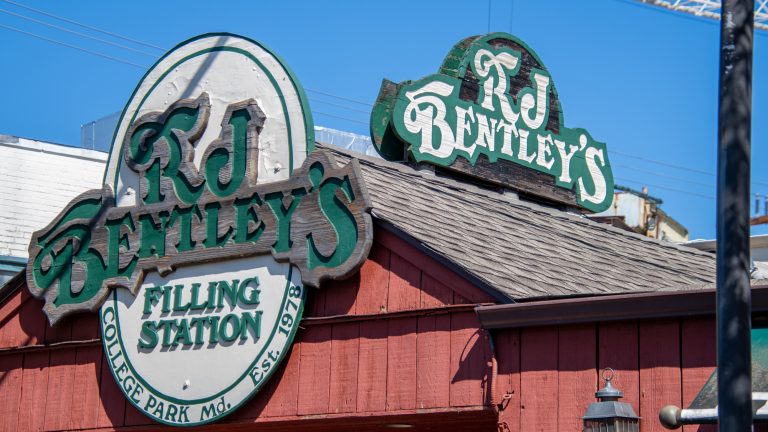 Last month, students walking past R.J. Bentley’s on Route 1 were met with a stomach-churning note hanging on the bar’s door:

“We have learned today that a team member who worked at our restaurant this past Tuesday and Thursday has tested positive for Covid-19,” the note read. “We are voluntarily closing to clean and disinfect the entire property, in accordance with CDC guidelines, and to make sure that everyone on our staff gets tested.”

With alcohol flowing freely and people singing and talking loudly, bars are — in many ways — the novel coronavirus’s ideal breeding ground. But despite the risk, which has been well-advertised by public health experts, many University of Maryland students haven’t been dissuaded from going out. On weekends, crowds surge in front of the bars on Route 1, moving past Marathon Deli and Insomnia Cookies and flouting public health recommendations.

Psychology professors at this university say they haven’t been surprised by the behavior exhibited by students: They’re acting the same way as adults across the country have been, they point out.

Indeed, according to the state health department’s contact tracing initiative, about 40 percent of  people who tested positive between July 10 and Oct. 3 said they had gone to one or more high-risk locations before their diagnosis, with 4,454 reporting they had dined indoors at a restaurant or bar.

Dylan Selterman, a psychology lecturer at this university, attributed apathetic attitudes toward the ongoing spread of COVID-19 to a combination of factors, including misinformation and political ideology. He also explained that people often exhibit “optimism bias,” meaning they underestimate the likelihood of bad things happening to them.

“They just don’t think the virus is hurting people. Or their personal risk is low, so they think, ‘Even if it is hurting people, it’s not gonna hurt me,’” Selterman said. “They’re just trying to live their lives normally.”

Arie Kruglanski, a psychology professor at this university, echoed Selterman, adding that the remnants of messaging propagated in the spring have been used to justify optimism bias. Early on in the pandemic, much attention was paid to the risk COVID-19 posed to older adults and people with pre-existing conditions, Kruglanski said, which has caused many young people to underestimate COVID-19 as a threat.

Kruglanski, a cognitive social psychologist, also said pandemic fatigue has led people to develop lower perceptions of risk. People have deviated from public health recommendations in different ways, Kruglanski said, with some going out to bars and others eating outside at restaurants, traveling on airplanes and getting haircuts.

Other psychologists, such as Michele Gelfand, argue that young people are particularly vulnerable to the idea that they are invincible. Gelfand, a psychology professor at this university, studies how social norms vary around the world, and says that people tend to have “looser” mindsets when they’re younger.

Gelfand has also found in her work that “loose” cultures tend to struggle more with following rules, because they are used to freedom. She says that the culture in the United States tends to skew more toward the looser side, with different pockets of “tightness.”

“We need to be really patient during this situation and understand that these short-term sacrifices of not going to bars and not engaging in risky behavior will help us fight the threat,” Gelfand said.