Maryland football is ready to rely on its wide receiver depth 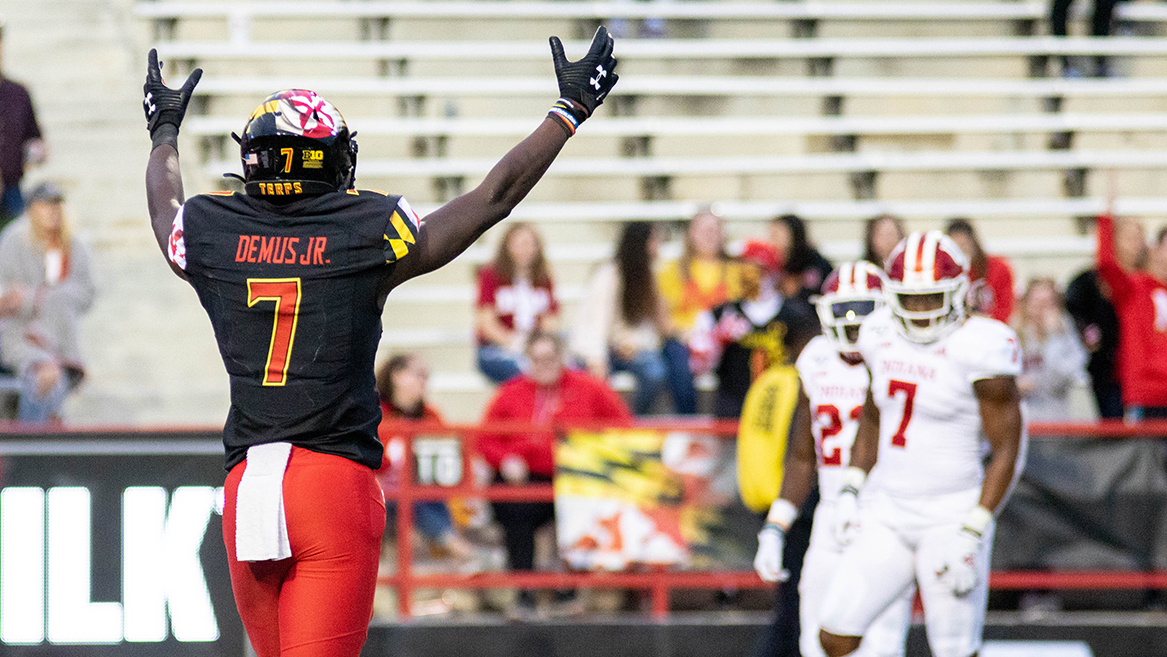 But 2019’s top two rushers have since left the program, prompting questions about how Maryland’s offense would function this season. And the answer seems to lie in the Terps’ wide receivers.

With one full year of recruiting and development under his belt, Locksley has begun to mold the squad into his own: a blend of raw yet highly talented playmakers capable of producing big numbers. And if his deep receiving corps finds its footing, that could spell problems for opposing defenses.

“They are one of the strengths of our team,” Locksley said. “I’ve seen the development that you like to see [from the returning guys] … but also in some of the young faces we’ve been able to add.”

The Terps have ranked in the bottom half of the Big Ten in receiving yards for the past five seasons, with last year’s 174 yards per game placing them third-worst in the conference. The team faced some turmoil in the offseason, too, with top target DJ Turner transferring to Pittsburgh and tight end Chig Okonkwo sitting out for medical reasons.

But Locksley’s squad seems poised to offset those losses and improve on last year’s numbers. The young but explosive group features eight players who could see a high number of targets, led by Jeshaun Jones and Dontay Demus Jr.

Jones is set to be a crucial returning piece. He missed all of last season with an ACL tear but put up strong numbers as a freshman, racking up 461 all-purpose yards and seven total touchdowns, plus a 20-yard passing score against Texas.

Jones said he spent much of his sidelined season working off the field with his fellow receivers to maintain his mental toughness and increase his football knowledge.

That, he hopes, will pay dividends.

“I was almost learning through them, and it was like I was getting more reps with them in the meeting room,” Jones said.

“You can see how he’s come back and really dedicated himself and really wanted to get back on the field with us,” Demus said. “He’s the same old [Jones] to me.”

Demus is coming off a season in which he led all Maryland wideouts with 625 receiving yards and six touchdowns. And Locksley said the junior is poised to take a step forward this year.

In addition to the returning players, Locksley brought in two highly touted receivers as part of the last recruiting cycle. Three-star Deajaun McDougle has impressed the coaching staff so far, but it’s five-star Rakim Jarrett who is projected to see the most significant playing time next campaign.

The St. John’s College High School product has drawn praise from his teammates and Locksley alike for his ability to quickly learn the offense and make disciplined and mature plays.

“He has really strong hands at the catch point, and he’s real creative with his routes,” said Brian Cobbs, who was second to Demus in receiving last season with 243 yards. “Wherever the ball’s thrown to him, he’s going to come down with it.”

Even with all the threats at wideout, high-level production is only possible with strong quarterback play. The position has been a revolving door for the Terps for years due to injuries and underperformance. But stability may be around the corner with redshirt freshman Lance LeGendre and sophomore transfer Taulia Tagovailoa.

Both quarterbacks organized small-group workouts with the receiving corps over the summer to develop chemistry, and some of those connections were immediately evident in the team’s first scrimmage Saturday.

Still, Locksley sees room for improvement, saying he wants stronger blocking and greater physicality from his receivers. He also wants to clean up a proliferation of penalties and unforced mental errors he saw during the scrimmage.

But the pieces for success are all there, and Maryland hopes to capitalize on them as it heads into the Oct. 24 opener against Northwestern.

“Now it’s just a matter of getting it all together and the timing of the offensive group, being able to go out and execute at a high level,” Locksley said.