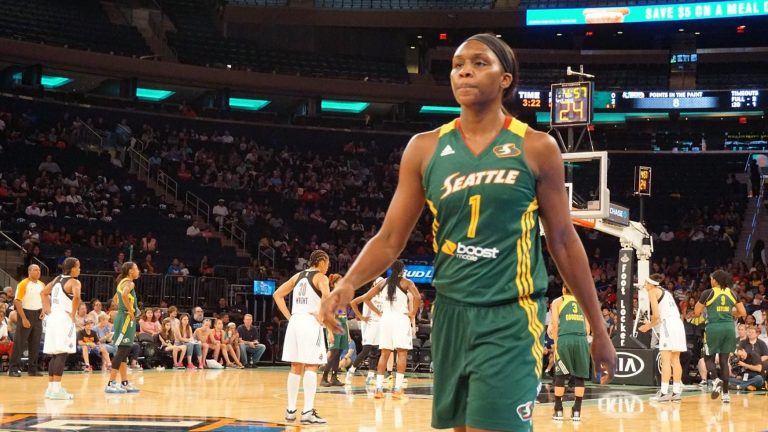 Former Terp star Crystal Langhorne secured her second WNBA title on Tuesday, as the Seattle Storm routed the Las Vegas Aces 92-59 in Bradenton, Florida to win the Finals. The Storm swept the overmatched Aces team in three games as they were led by the dominant duo of Breanna Stewart and Sue Bird.

Langhorne now has two WNBA titles in her 13-year career as she was also on the Storm’s 2018 championship team. This marks the third consecutive year that at least one former Maryland player won a WNBA championship.

Langhorne wasn’t a key player for the Storm this season but was still a contributor averaging 8.2 minutes per game in 13 games. She averaged 1.4 points and 2.2 rebounds per game, as she dealt with an injury during the middle of the season.

Of course, this wasn’t a normal WNBA season for any player, let alone Langhorne. The league had to have a virtual draft in May and pushed back the start of the season to July. In addition, the entire season was played in a bubble at IMG Academy in Bradenton, Florida.

Nevertheless, Langhorne and the Storm ended the season as champions in 2020. It would be a surprise if Langhorne wasn’t wearing the green and yellow Storm jersey next season as she remains under contract with the team through the 2021-22 season.