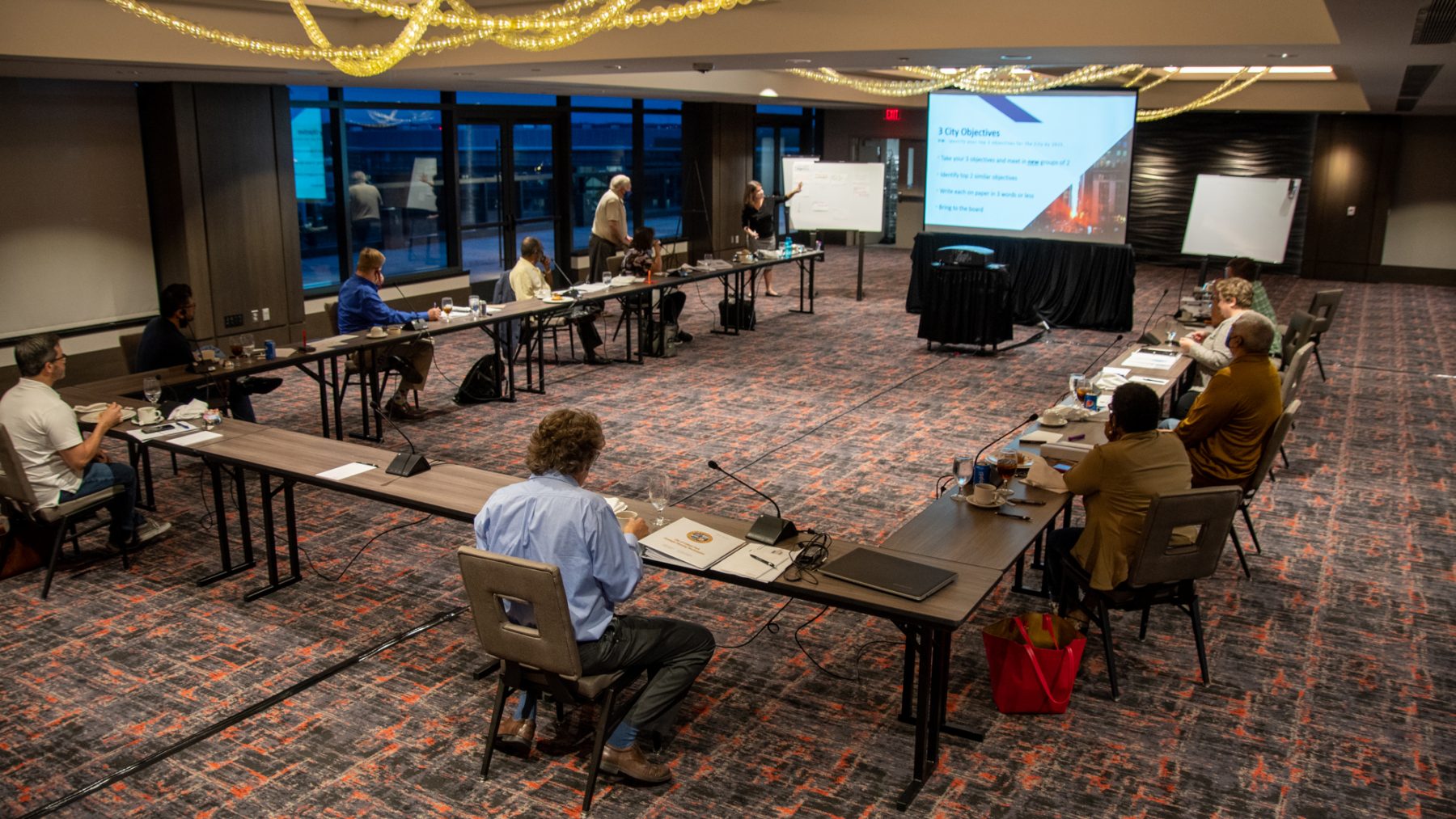 The College Park City Council met in person on Saturday as part of a series of meetings to discuss the city’s five-year strategic plan — only the third time since March that the council has met in person.

The meetings, held in the penthouse of The Hotel at the University of Maryland, had restrictions on the amount of people that could attend in order to accommodate social distancing guidelines due to the coronavirus pandemic.

“It’s the only spot that we found in College Park that had the space for our needs,” Gardiner said.

But the penthouse can also get expensive.

An invoice from the hotel shows the rental for the room alone costs $500 per meeting. At the first meeting on Sept. 12, the city spent a total of more than $3,800.

On Sept. 29, Gardiner estimated that the cost was slightly higher — between $4,000 and $4,500 — and said the city plans to use funding from the CARES Act, which helps provide economic assistance to local governments during the pandemic, to cover part of the costs.

Those present at the meeting sat far apart as they ate and listened to a presentation.

The 3,730-square-foot room, which used to have a capacity of about 500, was capped at 18 people during the Sept. 29 meeting, Gardiner said. At its busiest moment, with two waiters present, the room contained Mayor Patrick Wojahn, seven council members, three city officials, two consultants and three citizens all packed in together.

Gardiner said he felt comfortable at the meetings given the precautions that were taken, but others, such as District 4 council woman Denise Mitchell, didn’t feel the same way.

With loved ones at home who have health conditions, Mitchell said she doesn’t feel comfortable with the in-person aspect.

“It’s very hard for me,” she said. “But you know what, I’m taking all the precautions that I can and praying.”

College Park City Council meetings have been held virtually over Zoom since the COVID-19 pandemic began in March, but the strategic plan meetings, which aim to help the city decide on new objectives to focus on over the next five years, were held in person at the request of the city’s hired consultant, said city manager Scott Somers.

During the meeting, council members would periodically break into small groups to discuss objectives, and would walk around to write on whiteboards and poster paper that had been placed around the room.

“At least in Zoom and virtual meetings you can see each other, but it’s not as collaborative and expressive,” Somers said. “And it’s hard to engage quite to the level that I think one needs to engage at to really make this more of a valuable experience.”

The city plans to hold at least two more similar in-person meetings in the future as it continues to develop the five-year strategic plan.