On ‘The Ascension,’ Sufjan Stevens lets modern confusion get the best of him 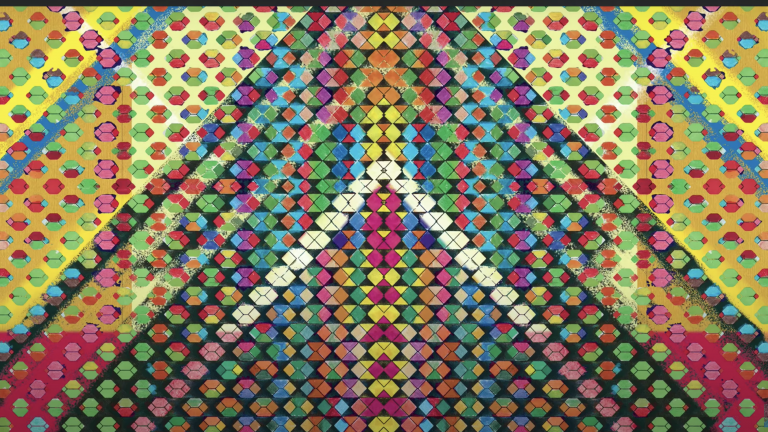 The album art for Sufjan Stevens' latest release, "The Ascension." (Photo via YouTube)

More and more, it’s looking like Sufjan Stevens hit a wall after recording his magnum opus, 2005’s Illinois. The sprawling, dense, extraordinarily composed and arranged album was — and still is — one of the biggest success stories in modern music. The indie pop masterpiece is an hour-long dive into the eponymous state including its history, people and memorable landmarks. Mixed with instrumentation mostly recorded by Stevens himself and layered with stunning personal narratives that touch on everything from cancer diagnoses to Christian reincarnation, Illinois is the kind of masterwork that is so unique that it’s almost impossible to repeat.

Which is exactly what happened. It took five years to get another proper studio album out of Stevens, and when The Age of Adz finally surfaced in 2010, the only recognizable element was that unmistakable voice. 2015’s Carrie & Lowell was a stark return to the lo-fi folk music of his early work, and his contributions to the Call Me By Your Name soundtrack were similarly intimate.

What Stevens’ most recent release, The Ascension, reveals is that he’s not interested in retreading his old material. A glitchy, electronic effort, the album leaves folk music in the rearview mirror by embracing electronic pop and 808 beats. I’ll pay anyone big money if they can find an acoustic guitar anywhere on The Ascension.

Stevens may not be interested in repeating himself, but repetition is still a major theme in the work. Recurring patterns show up in the album’s instrumental loops and meticulously rainbow-colored cover art, as well as in lyrics to songs such as “Make Me an Offer I Cannot Refuse,” “Video Game” and “Die Happy,” which only has four words total, two of which are the title phrase. Even on his longest studio album to date, the goal is pared-back simplicity.

This has been the year of ‘80s electronic aesthetics bleeding into major indie rock artists and their new releases. Car Seat Headrest did it with Making a Door Less Open, and The Strokes did it with The New Abnormal. Sufjan, for his part, has been releasing electronic music since 2001’s Enjoy Your Rabbit. He’s always been more of a trendsetter than a bandwagoner, so The Ascension and its Prophet synthesizers make more sense in the context of his own discography than in the larger music pantheon. It’s fitting, because Stevens’ music always focused on creating its own insular world, sucking you in while ignoring just about anything that might be considered modern or cool.

Musically, The Ascension sounds a lot like Radiohead’s Kid A. That’s not meant to suggest Stevens lacks creativity or anything, it’s just uncanny. From its icy synths to its whispered vocals, trip-hop drum machines and sidewinder melodies that hop octaves without warning, the two works are similar in theme and composition, looking out on a landscape littered with connective technology but short on actual connection.

That’s why it’s in the words that Stevens really makes an impression. With his most direct lyrical composition yet, The Ascension dumps the feverish storytelling of his old work to give the most literal, straightforward readings of his entire career. “Run Away with Me” is about falling in love and running away with someone. “Gilgamesh” is a reframing of the ancient epic tale. Even the more symbolic lyrics, such as the instant gratification of “Video Game” and the Christian allegories on the title track (it is a Sufjan Stevens album after all, where it’s only a matter of time until you feel like you’ve taken a left turn into Bible study), are presented in a more uncomplicated way.

It’s refreshing, but also bizarre. “Ativan” is the one song that most appropriately represents the work as a whole. It’s down-tempo, fully electronic and filled with eyebrow-raising lines like “I woke up in stereo — I spent the day in vertigo” that distill the central theme: anxieties of the modern world. At one point, Stevens says “I shit my pants and wet the bed,” which is a surprisingly raw way to describe disillusionment and synthetic escapism.

All in all, The Ascension sounds like an album that is meant to wash over you. It’s the kind of “close your eyes, put on your headphones and let the music take you somewhere else” work that Stevens can often embody. But whereas most of his albums have central themes and recurring motifs that encourage deep analysis, The Ascension starts to fall apart if you dissect it too much. Entire novels’ worth of storytelling are chiseled down to brief mantras, and endless layers of overdubbed synthetic production start to feel overwhelming, especially when they clash with Stevens’ famously delicate vocal delivery.

Maybe it was his intention to create a chaotic and oppressive synth pop album, but by the end of its feature film-esque length, the more tedious aspects start to grate. Stevens’ worlds are still uniquely his own, but confusion and a constant need to keep moving forward make The Ascension a curiosity more than a triumph.

AOC got political at the Met Gala. The backlash shows it worked.