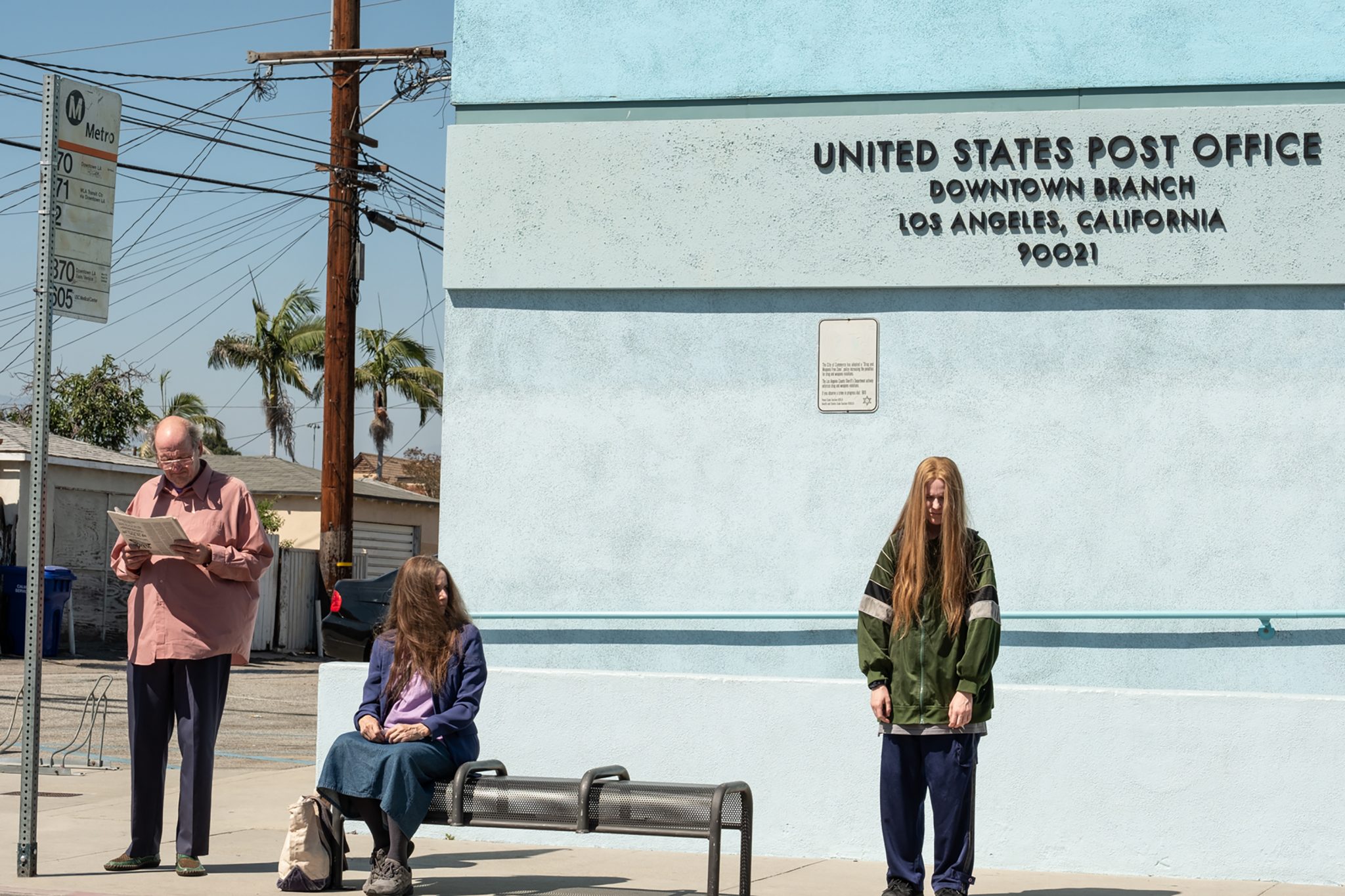 When heist films come to mind, I often think of conventionally attractive people pulling off elaborate scams with little to no mistakes involved, a la Sandra Bullock’s effortless con-artistry in Ocean’s 8. The huge risk can offer a handsome reward — and the protagonists are usually charming enough to keep innocent bystanders fooled.

In Miranda July’s latest crime dramedy, Kajillionaire, I wasn’t immediately charmed by the Dyne family and their conniving ways to make rent. The film opens with Robert and Theresa Dyne and their daughter, Old Dolio, headed to the post office for their routine mail stealing.

The fact that this family’s go-to scheme is stealing mail from other P.O. boxes makes them more believable grifters. It’s a low-risk strategy that will help them make the rent their landlord keeps hounding them for.

The absence of pretty privilege is both palpable as well as refreshing. Most of the time, I find myself excusing a world-renowned con artist’s problematic behavior simply because they look good while doing it. Diverting from standard beauty norms, Theresa and Old Dolio’s stringy hair falls just above their waists. Old Dolio, played by Evan Rachel Wood, is wearing the same dated, oversized sweatsuit for the majority of the movie. It’s clear this family’s main goal is making just enough to get by.

At the risk of coming across as very shallow, I wasn’t able to excuse the Dyne family’s behavior because of this lack of beauty. But it was a welcome change to see overwhelmingly normal protagonists — a bit socially unaware, but still normal.

And while Kajillionaire is less glamorous than the typical scammer story, their pursuits felt authentic. You could tell they’ve only known a life of stealing and bargaining — the lack of a traditional family dynamic and standard social cues gave it away.

After returning a “lost” piece of mail to an affluent couple with the hope of a monetary reward, Old Dolio is instead gifted a free massage coupon. Laying on the massage table — still fully clothed — she jolts at the slightest touch from the masseuse. Old Dolio only gives her approval when the masseuse hovers her hands around, merely pretending she’s massaging her.

Old Dolio’s awkwardness is both charming and painfully realistic. In this behavior, she strays away from the image of scammers as charismatic, social beings. If your parents treated you more like an accomplice rather than their child for your entire life, you would probably be socially stunted, too.

[New pop-punk releases prove the genre is far from dead]

Leading a life of schemes has not improved Old Dolio’s already questionable relationship with her parents. There’s a heart-wrenching sense of detachment — and it’s backed by a recurring musical theme of the piano intro from Bobby Vinton’s “Mr. Lonely.” The woeful soundtrack had me rooting for Old Dolio. As time passed, you could tell she was aching for something more from her parents emotionally.

At one point, Old Dolio accepts $20 to impersonate a woman who has been given a court order to attend a “positive parenting” class. Watching just one instructional video on the importance of a mother holding her newborn on her abdomen forced Old Dolio to face her own mother’s lack of love.

Wood does an excellent job capturing Old Dolio’s hopeless state of being. Her on-screen emotions translated the sense of despair that came from this closed-off relationship.

The Dyne family’s sometimes nutty behavior was heightened during the frequent tremors they experienced as Californians. Shaky camera work played up their neurotic reactions to the tremors, almost as if they were experiencing “the big one.” This filming style painted them in a more surreal light — like they were superheroes and the tremors were their kryptonite.

Kajillionaire offered a more raw and uncomfortable portrayal of a grifter’s lifestyle. The Dyne family’s tunnel vision for begging and borrowing through life has shaped them into peculiar people.

This hustling lifestyle makes for a complex range of issues, including a closed-off family dynamic. July’s film added more depth to a subgenre dominated by lofty storylines of pretty people getting away with impressive crimes.