New pop-punk releases prove the genre is far from dead 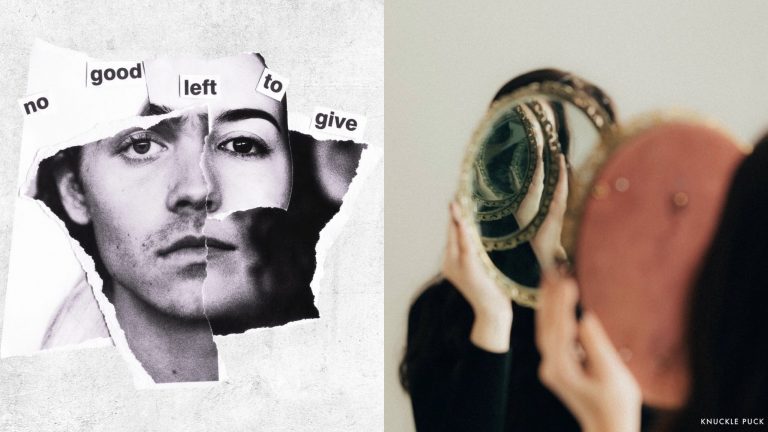 Admit it, we all went through an emo phase at some point in our adolescence. I’m no exception — I remember putting in my earbuds on the bus ride to school, turning on Panic! At the Disco and We the Kings, tuning out all the “normies” and wallowing quietly in my teen angst.

However, unlike most people, I never seemed to grow out of this phase. Here I am, a 21-year-old self-proclaimed “adult emo,” listening to practically the same music I listened to when I was 15. And now, instead of moving on and inserting myself into mainstream culture, I’m going to try and pull you back into your emo phase so you can wallow with me. After all, who wouldn’t want to live their life with the soundtrack to a ‘90s teen rom-com constantly playing in the background?

Though pop-punk music hit its peak in the mid-1990s and early 2000s with bands such as Green Day, Good Charlotte and Blink-182, the genre has only improved with time. Now, bands such as Movements, Knuckle Puck, The Story So Far, Hot Mulligan and Neck Deep dominate the scene, combining traditional pop-punk characteristics — brooding lyrics and simple chord progressions, for example — with new elements they have picked up from other genres. For instance, raw screams emulate more hardcore punk bands, and intricate guitar riffs and solos mirror genres such as math rock and progressive rock.

Movements demonstrated the genre’s growth in their latest album, No Good Left To Give, released on Sept. 18. The band’s second studio album was similar to its first in style, featuring shifts between slow, melancholy ballads and powerful, emotion-filled punk tunes. It’s basically a musical diary, and vocalist Patrick Miranda bares it all, singing about struggles with depression, anxiety, self-consciousness, heartbreak and dealing with trauma.

My favorite parts of the album are Miranda’s angsty and raw spoken-word bridges, which can be heard on songs such as “Moonlight Lines.” You can feel the frustration in the singer’s voice, a frustration that anyone who has dealt with mental illness can relate to. It’s hard to keep going sometimes when you feel like the world is against you, but hearing someone I look up to being so honest about dealing with the same struggles is comforting — though I may feel like it sometimes, I’m never alone.

I also enjoy the moments where Miranda lets loose and screams the lyrics, such as parts of my favorite track, “Tunnel Vision.” The band is influenced by hardcore punk acts such as Knocked Loose, and it shows — I couldn’t help but bang my head and tap my feet along to the powerful, emotional moments that are scattered throughout the album.

Overall, Miranda’s melodic voice and the band’s focus on creating interesting, unique instrumentals separate this album from pop-punk releases of the past, demonstrating the variety of directions that bands in one genre can take. If concerts are ever allowed to return, I’m excited to mosh along to this album and sing my heart out.

Another Sept. 18 release, 20/20 by Knuckle Puck, demonstrates more of a classic pop-punk tone, with high-pitched vocals, simple (but still powerful) instrumentals and catchy lyrics. The songs all have a similar sound, but in a good way — the band found what worked for them early in their career and haven’t diverged from that sound since.

The album is softer than the band’s previous works in its subject matter — though it still has its angsty moments, the general mood is happier and more positive than albums such as Copacetic and Shapeshifter, demonstrating the members’ personal growth. For instance, songs like “Earthquake” sound like they came straight out of a love scene from a cheesy ‘90s movie, and those that deal with more emotional subject matter, such as “Green Eyes (Polarized),” are more empowering than depressing.

My favorite song from the album is “Breathe,” featuring Derek Sanders of the pop-punk band Mayday Parade. I love the harmonies between the vocalists and the positive message to take deep breaths and move on in the face of hardship, which is a reminder I often need to hear.

Though I wasn’t expecting much from 20/20, since Knuckle Puck’s sound hasn’t changed much since they released their first EP in 2011, I was pleasantly surprised. The upbeat energy and uplifting lyrics were a breath of fresh air for a punk release, displaying a trend that numerous bands that have been around since the early 2010s are moving towards — as the members grow up and out of young adulthood, they become less angst-ridden and more mature, choosing to focus on inspirational messages and poppy instrumentals rather than complaining for twelve songs straight (not that complaining is necessarily a bad thing).

Whether you’re still in your emo phase like me, or you just want to branch out and listen to new music styles, I recommend both No Good Left to Give and 20/20. If you enjoy these and want to get more into pop-punk, some of my favorite bands right now are Heart Attack Man, Prince Daddy and the Hyena, PUP and Origami Angel (who are from Greenbelt!). Fall is the perfect time for melancholy music, so throw on some black lipstick, ripped jeans and Doc Martens and get listening.