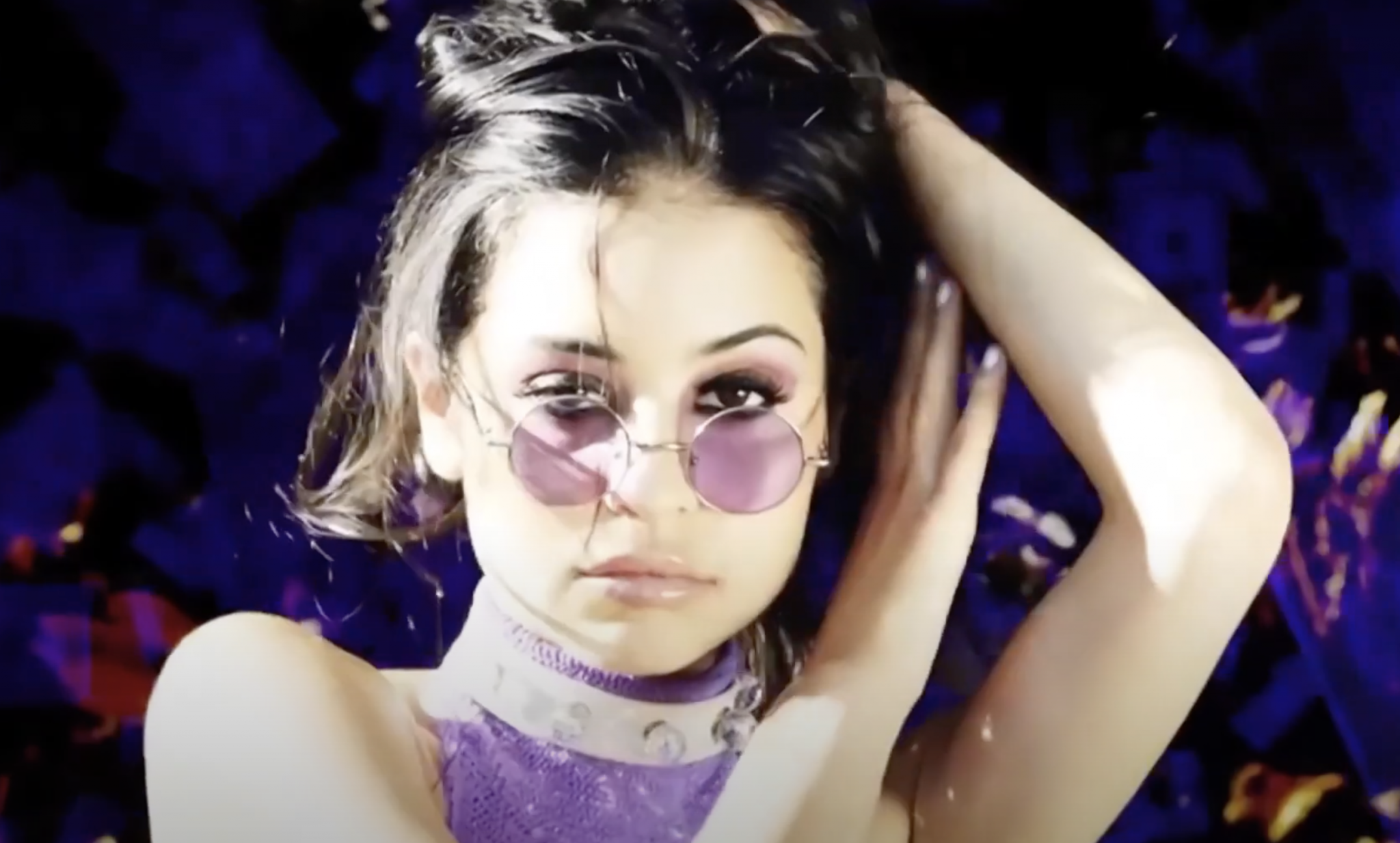 Alexa Demie in a 2013 music video for Azealia Banks' "ATM JAM." The video was later cited as proof that she was lying about her age. (Photo via YouTube)

Actress Alexa Demie, best known for her role as Maddy Perez on the hit HBO show Euphoria, has been accused of lying about her age. In 2019, multiple features pinned her age as 24, but questions about Demie’s age have recently cropped up after a number of seemingly dated images of her with celebrities such as Azealia Banks, Khloé and Kim Kardashian surfaced on social media.

When fans asked Banks — whose 2013 music video for “ATM JAM” Demie appeared in — about the situation, Banks allegedly replied by saying, “30 is the new 20.” A July Twitter thread offered “proof” about Demie’s age, including a list of the class of 2008 from Demie’s high school. Now, some are saying she is actually 29 or 30 years old.

Most people have shown Demie support, but, as of now, the actress has not responded. The situation inspired several memes, and soon enough, people moved on to the next social media incident of the week.

The idea that Demie is lying about her age brings up larger questions about ageism in Hollywood. In a world where anti-aging advertisements targeted at women are constantly evolving, it’s no shock that this phenomenon carries over to the silver screen. Many actresses have shared upsetting stories about how they’ve been treated because of their age. For women, in most cases, their perceived youth equates to their value. The younger, the better.

In 2017, Orange Is the New Black’s Jamie Denbo shared her experiences with ageism on Twitter. At 43, she auditioned for the role of a wife of a 57-year-old but was told that she was too old. Similarly, 37-year-old Maggie Gyllenhaal was told she was too old to play the love interest of a 55-year-old. In 2015, at TheWrap’s Power Breakfast, Helen Mirren called ageism “fucking outrageous.”

It makes sense that some lie about their age in order to book roles. After a certain age, jobs are harder to come by for actresses. Gabrielle Carteris, who starred in Beverly Hills, 90210, was 29 when she played a 16-year-old. In an interview with People, she said she told producers she was 21 years old so she could get the role. Eventually, her real age came out, but she was still kept on the show.

“A producer did say to me, ‘You’re lucky we didn’t know your age when we hired you,’” she said.

In 2011, actress Junie Hoang sued IMDb for $1 million for listing her actual age on her profile. The actress was close to 40 years old, but she was known as 34 in the industry. The court documents said listing her real age “would make it nearly impossible for the up-and-coming actress to get work.” Hoang was backed by the Screen Actors Guild. She ended up losing the case.

It’s almost as if opportunities for actresses slowly start to diminish once they hit the 40-year-old mark.

People simply want to have options in their career, and be eligible to play a variety of roles. But if someone is able to accurately portray a character in a story, why can’t they play the part? The fact that someone’s age can determine whether someone can land a job is abysmal. It’s not a shock that many actresses stay elusive about their age. If the truth slips out, it could cost them a role.

[Review: ‘Boys State’ is a haunting documentary about youth politics in the modern age]

Things are getting better. Meryl Streep and Nicole Kidman have helped fund a screenwriting lab for women over the age of 40. Kidman and Viola Davis have both spoken out about age-based discrimination, but there is still a long way to go.

Maybe questions surrounding Alexa Demie’s age would’ve popped up eventually, but either way, a woman’s value or suitability in a job should not be determined by her age, but by her merit.