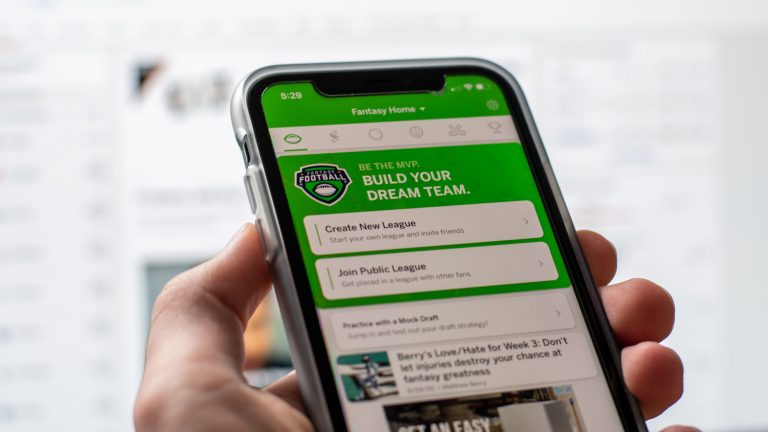 By Ross O’Keefe
For The Diamondback

It’s been hard for some University of Maryland students to get acclimated this semester, with social-distancing protocols and health guidelines in place on the campus. But for one group of students living in Cumberland Hall, this fall has brought a chance to get creative with their socializing.

Fourteen students are part of Cumberland Six: a fantasy football league made up of people living on the sixth floor of Cumberland Hall.

The league started when the founder, freshman Eli Bloom, was talking about fantasy football with other students.

“A couple days before the season, I was with some other people on my floor, and we were talking about fantasy,” Bloom said. “And then I said, ‘Why don’t we start a league with people on our floor?'”

The league has offered good opportunities for the residents of the sixth floor to get to know more of their neighbors.

“Some people, I didn’t even know their names before joining this league,” said Jidechi Eluchie, a freshman enrolled in letters and sciences. “[I] met a lot of new people who are really cool.”

[What week two of the NFL saw from former Terps]

Though NFL games are being played in partially or completely empty stadiums — the Ravens and the Washington Football Team have announced they won’t let fans in for at least part of the season — that doesn’t bother Cumberland Six. Fantasy football is a virtual pastime.

Outside of potentially watching games together, fantasy football doesn’t require participants to interact physically. Instead, players log on to the ESPN fantasy app and adjust their lineups.

Some members of the league said it provided a sense of regularity in such solemn and unusual times.

“I think it does offer a small sense of normalcy,” said Caleb McClatchey, a freshman enrolled in letters and sciences. “Being able to play with people I know, friends from my floor, definitely helps to make things feel a little less crazy.”

The league’s members are thankful the NFL has been able to play games this season and think it’s taken the appropriate steps to do so. While there have been a few growing pains, with extensive testing on the rise and fans staying home, the members of Cumberland Six are looking forward to watching a lengthy — and fruitful — campaign.

“I would have been disappointed, because it’s something I look forward to every year,” freshman anthropology major Emmett Siegel said. “I love football.”

Their excitement poured out while discussing their early fantasy performances. Some praised Bills quarterback Josh Allen after a strong Week 1 display, while others highlighted Eagles tight end Dallas Goedert as an X-factor. Both players scored over 15 points.

This semester has been anything but ideal, especially for freshmen. However, for some students, the game of fantasy football has offered a retreat from the stress of the pandemic.

And for the Cumberland Six, that will do.