A definitive ranking of the top eight ‘WAP’ remixes 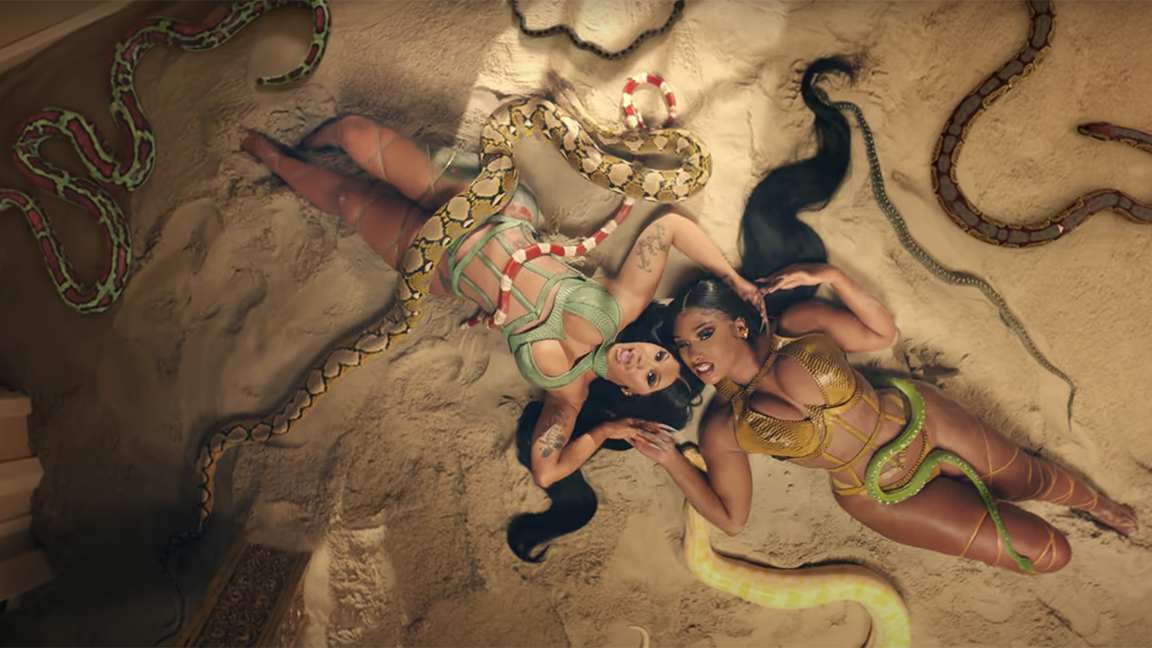 TikTokers took 'WAP' and ran with it. (Photo via YouTube)

By now, most of us have heard the cultural reset that is “WAP” by Cardi B and Megan Thee Stallion. The song came out last month and quickly gained popularity, as well as backlash, from male rappers, actors, politicians and conservative talk show hosts. Soon after the song was released, mashups of “WAP” with other popular music started appearing. And once TikTokers got a hold of it, there was no stopping them from turning it into a viral trend.

Although mashing up music is nothing new, people quickly started to realize something was different about “WAP.” From Disney to Christmas music to classic rock, everything worked. Cardi B and Megan’s lyrics were chameleon-like in their versatility.

There is a reason for this phenomenon. In an interview with Business Insider, Berklee College of Music professor Prince Charles Alexander explained the reason this song is easy to mash up is because of its steady rhythmic flow. This helps the lyrics fit any consistent tempo.

[What the world will miss after ‘Keeping Up With the Kardashians’]

Other rap songs have similar attributes, such as: “Rockstar” by DaBaby, “Popstar” by DJ Khaled and “Tap In” by Saweetie. These songs have also proven flexible and been subject to their own viral mashups.

A Vulture article also called the beat of the song “minimalist” and “skeletal,” which helps listeners focus on the lyrics.

Here are eight of the best “WAP” mashups I’ve heard so far:

Bohemian WAPsody is one of the most creative ones I’ve heard. Its original creator, William Maranci, draws from at least four verses of “WAP” while most mashups only use one or two. The challenge of fitting Cardi B and Megan’s verses into the tempo of Freddie Mercury’s “Bohemian Rhapsody” was certainly met. It also brings in elements outside of just the mixture of Queen’s melody and Cardi B’s lyrics. With the addition of Cardi B hollering “corona-VIRUUUUUS” during the music break followed by conservative talk show host Ben Shapiro awkwardly saying “wet ass p-word,” this mashup is the ultimate 2020 anthem.

As one of the most popular WAP remixes, some might say this one slaps. The original mashup was created by Maddy (oneboredjeu) on YouTube, but it quickly gained the attention of TikTokers after a dance was created for the sound. TikToker @juliaden1 said the sound “cured my anxiety,” while others on the app praised it as if this mashup is the best thing that has happened this year (it might be). After all, it’s hard to resist Rihanna’s 2011 bop mixed with Cardi B’s catchy lyrics of 2020. Even Cardi B herself praised the mashup.

The name alone won this mashup a space in the top five. This mix is something you might’ve never thought of, but it works really well. The dramatic organ music that kicks off the musical number mixed with Megan’s second verse (a popular choice for mashups) synchronizes in a way many wouldn’t think possible. It will definitely have you tapping your feet or strutting down the hall like a badass.

This one hits home for many of us who cried to Hozier’s beautiful ballad “Take Me to Church” in 2013. If you also listened to this song while you were on a family road trip and looked out the window as if you were in a music video, you’ll love this mashup. It will either bring a smile to your face or a facepalm in frustration — either way it’s worth a listen.

5. WAP x You Belong With Me

I know what you’re thinking: “There’s no way.” But trust me, it works. It’s so unexpected, which is what Cardi B said herself in a tweet responding to this mashup. Not only does this mix a very innocent song with a very … not innocent song, but it is also coupled with a video of a Taylor Swift look-alike dancing to “You Belong With Me,” then suddenly dropping on the floor and breaking out into the iconic “WAP” dance.

I’m not sure why our generation loves “Let It Go” from Frozen so much, but the two songs of course mash well together and, hey, both songs are about empowering women right?

This mashup, with a remixed rendition of Disney’s “Spooky Scary Skeletons,” will for sure get you in the mood for Halloween. It’s so far-fetched, I’m starting to wonder if this generation will ever stop coming up with ways to integrate this song into every childhood memory we have and every popular song we know.

8. All I want for Christmas is WAP

Whether you celebrate Christmas or not, this is one you’ll want to hear. The sheer irony of putting the “WAP” lyrics right after Mariah Carey says, “All I want for Christmas is…” is brilliant and will definitely get you into the holiday spirit.

WAP x The Less I know The Better