Review: ‘Woke’ is a painfully relevant comedy written for a pre-2020 world 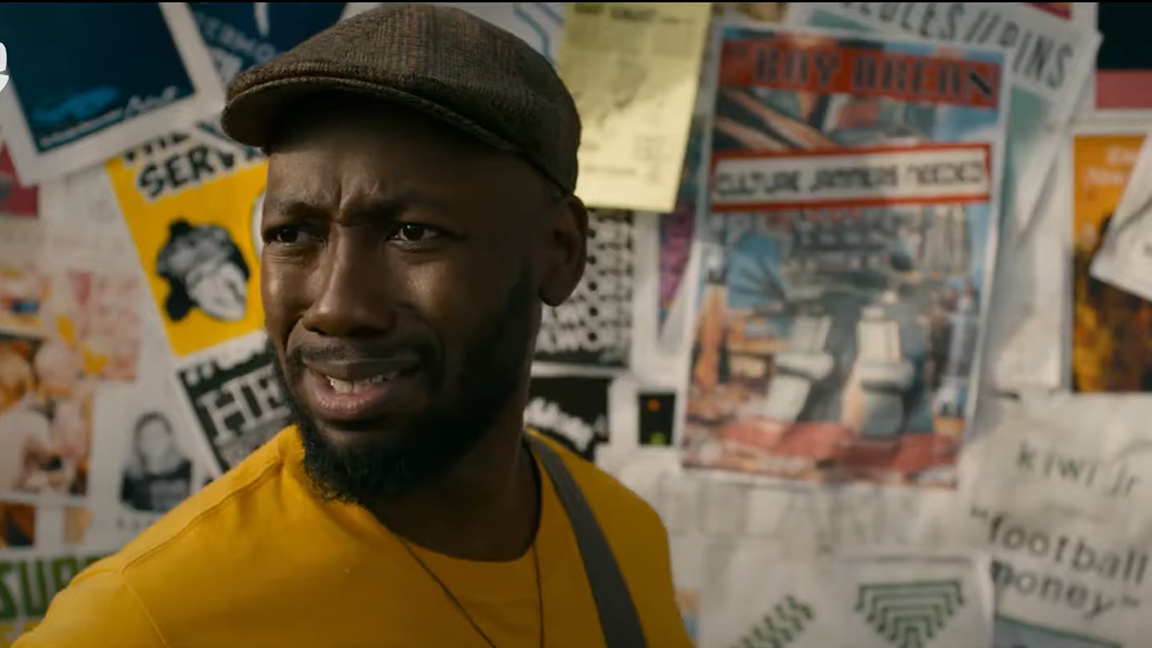 'Woke,' starring Lamorne Morris, was released on Hulu on September 9, 2020. (Photo via YouTube)

Woke, the eight-part Hulu series that came out last week, features Lamorne Morris in a role we haven’t seen him in yet: as a Black man made suddenly and painfully aware of his Blackness.

Morris, a highly capable actor who really should have blown up years ago, is known for his portrayal of Winston on the show New Girl. Most recently, he co-starred in the Netflix rom-com Desperados, in which he played the likeable yet bland love interest.

In Woke, Morris uses that likeability like a wrench; he plays a cartoon artist looking forward to a bright, corporate future, whose cheery outlook is suddenly derailed when a police officer tackles him to the ground in a public demonstration of brute, biased force. Suddenly, the world screams anew.

Also featuring Saturday Night Live alum Sasheer Zemata, the series is loosely based on the experiences of cartoon artist Keith Knight; Morris’ character is called Keef. Knight, a Black cartoonist whose work is known for its sharp-witted racial commentary, was putting up posters in San Francisco some 20 years ago when the police falsely identified him as a criminal suspect.

The pilot episode of Woke depicts that scene precisely, and magnifies it in Morris’ expressions. His face changes from confusion, to shock, to something like realization in the few seconds it takes for the police officer to thrust a knee on the small of his back. This is a scene we’ve seen before on our TVs, one that too often ends in horror and death. In Woke, Keef is lucky enough to get up off that street — but he will do so in a changed world.

After his run-in with the police, Keef starts seeing things differently. So differently, in fact, that inanimate objects become animate and take the form of cartoons — not unlike the ones Keef draws in his weekly comic strip, a playful series revolving around a talking piece of toast and his pal, a pat of butter.

But these new cartoons are different, because they’re Black. A talking trash can (Cedric the Entertainer), a pair of grinning malt liquor bottles with fluttering eyelashes (Nicole Byer and Eddie Griffin) and most notably, a sentient Sharpie marker voiced by the always-excellent J.B. Smoove. These are Keef’s new demons and also his guides. Throughout the brief series, Keef transitions from an artist determined to push his Blackness into a corner, to one propelled by it.

There are some hiccups along the way. The talking marker proves a constant menace and even pushes Keef to hijack an event celebrating his comic’s national syndication with a free-wheeling speech about race. The scene is played for laughs: Keef punches at mocking cartoons in the air, invisible to everyone but him, and throws down with the cardboard cutouts displaying his “Toast ‘N’ Butter” comic strip characters. The audience looks on in dismay.

Sometimes the relentless good humor of the show feels jarring, given the real instances of racial profiling in the news this year, which so disturbingly echo Keef’s interaction with the police. It’s clear Woke was written before George Floyd’s killing widened the perpetually open wounds of racism in this country. As a result, the tone can be confusing and inconsistent. Woke casually transitions from devastating flashbacks of Keef’s profiling to shallow banter between Keef and his roommates (Blake Anderson and T. Murph). The result is a series that seems like it wants to go deeper, but often feels like it’s just dipping its toe in.

And yet, I have to wonder if it would have felt that way if Woke came out a year ago.

Morris is excellent at turning on a dime, from wry to charming to anxious. It’s a talent utilized well on New Girl, a show which understood Morris’ appeal but seemed determined to temper his Blackness. In one episode, the character Schmidt embarks on a mission to connect Winston to his heritage, saying, “I wanna be the Black friend that you never had.”

“I have Black friends,” Winston shoots back (though we never see much proof of them throughout New Girl’s seven seasons). Later in the show, Winston decides to become a police officer, and for the first time, New Girl grappled with the complexities that come with that decision, in an episode co-written by Morris himself.

In a way, Woke feels like a continuation of this discussion and an opportunity for Morris to unpack the casual colorblindness of his past roles. In the seventh episode, “Prayers for Kubby,” Keef gives another speech about race in front of a crowd. But it’s no longer comedic. Morris’ anger in this moment is delivered with the kind of fire the series really deserves and could even benefit from more of. In this monologue, the show becomes more than a light satire, but a call for justice. If Hulu grants Woke a second season, hopefully the show will continue in that vein and not shy away from the anger.