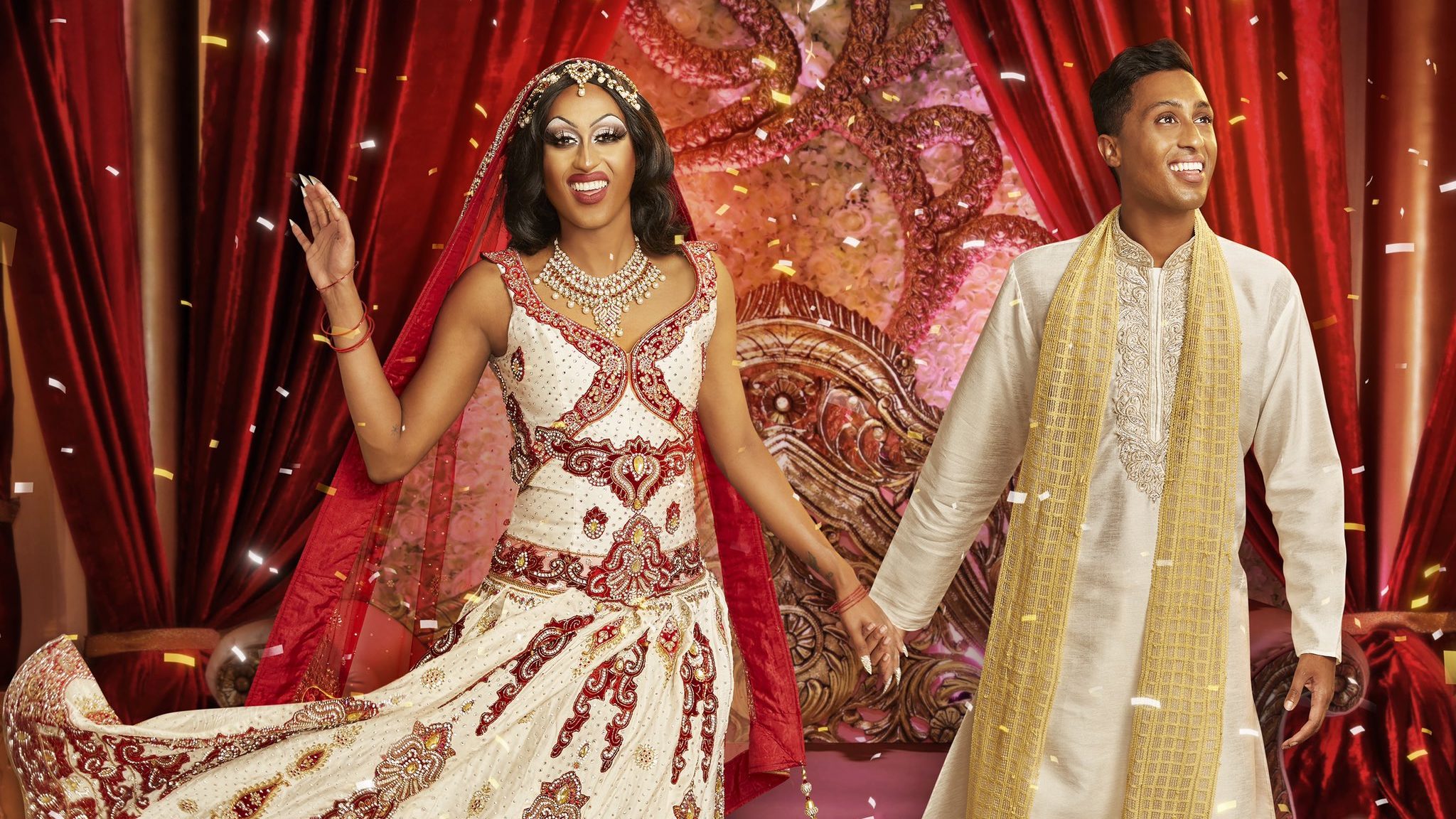 An image of Priyanka with ... Priyanka! (Image via @thequeenpri on Twitter)

On Sept. 4, Drag Race Canada crowned its very first drag superstar. Priyanka, the Toronto-based queen, snagged the crown after weeks of intense competition against Canada’s finest, making her the inaugural queen of the North.

Canada’s Drag Race premiered on July 2, promising to highlight 12 of the best talents from across their country and show their unique perspective to drag. Although one typically expects RuPaul as host, RuPaul’s Drag Race alum Brooke Lynn Hytes assumed the responsibility. The season 11 runner-up was joined by actor Jeffrey Bowyer-Chapman and runway coach Stacey McKenzie each week to judge the competition and find Canada’s first drag superstar.

Priyanka had a season of highs and lows. From her iconic verse in the girl group challenge to her infamous Snatch Game performance as Miss Cleo, Priyanka made her mark on the Drag Race Canada stage. Her fun yet puzzling catchphrase “What’s my name?” will be stuck in our heads forever, alongside her interesting characterization in the Miss Loose Jaw pageant.

Priyanka made it clear how proud she is of her Indo-Guyanese culture. She often donned traditional garb on the runway and even discussed the origin of her drag name, stating she wanted something traditionally Indian so fellow queer and South Asian people could relate.

[The NBA shook up social justice in sports. Now what?]

Priyanka isn’t the only POC reigning in 2020. She is joined by RuPaul’s Drag Race season 12’s Jaida Essence Hall and All Stars 5’s Shea Couleé, making the current suite all queens of color.

In an interview with Entertainment Weekly, Priyanka said, “Growing up, there weren’t a lot of people like me on TV. It’s kind of interesting now to be Canada’s first drag superstar, because now someone who looks like me can be like, ‘Oh, I guess I can do that too!’ We’re normalizing people of color winning things. Shea Couleé. Jaida Essence Hall. That’s normal!”

Although RuPaul’s Drag Race has always been a show that pioneered LGBTQ+ representation, it has also had its fair share of issues regarding POC on the show. It wasn’t until the fourth iteration of All Stars that the first queen of color, Monét X Change, was inducted into the hall of fame. Queens of color are often seen receiving half the opportunities the white queens are afforded — and receive half as much praise for doing double the amount of work.

One major issue is social media engagement. Queens of color who have made it to the finale have a fraction of the amount of followers as some white queens who were eliminated significantly earlier in the season. Most of the queens with over 1 million followers are white. Drag Race fans also have a history of harassing queens of color more than white queens on social media. The show has started to take steps in addressing racism in the fan base, even calling it out in an Instagram post.

Issues of racism among the show’s fans extend to the judges, too. Canada’s own Bowyer-Chapman, who is biracial, received a barrage of hate from the fans each week after delivering harsh — and sometimes misguided — critiques to the contestants. The hate got so bad that Bowyer-Chapman deleted Twitter and limited comments on Instagram. The official Canada’s Drag Race social media even released a statement on the issue.

Despite these challenges, this year’s winners are all beacons for drag excellence and they represent all of the beautiful and diverse sides of the drag and LGBTQ+ communities. Progress will continue to be made — and we bow to our current reigning queen of the North, Priyanka!