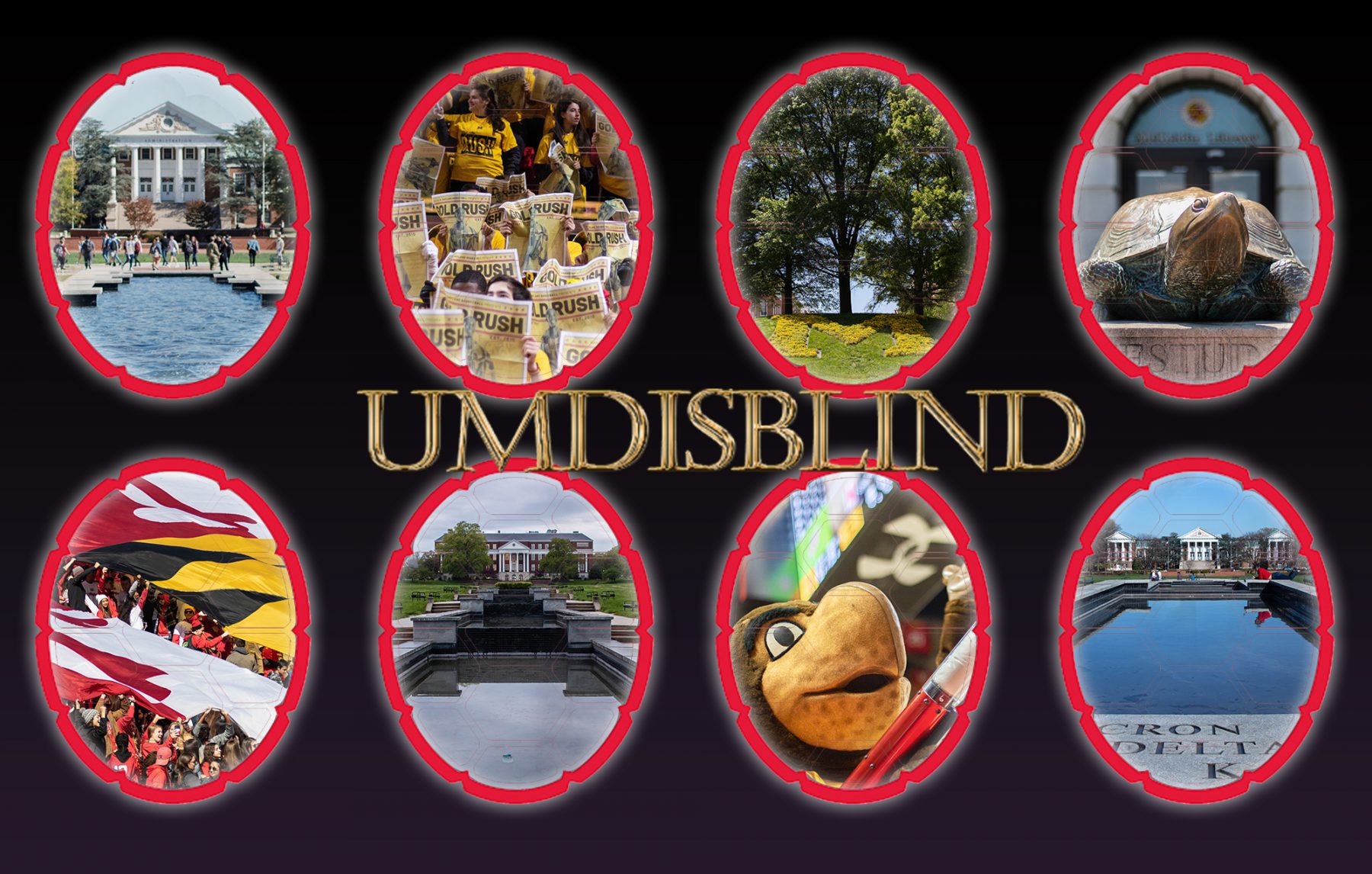 After two successful seasons of the Zoom-based dating show UMDisblind, the producers have decided to take the series in a new direction: a miniseries with themed one-off episodes.

Each miniseries episode will include ten University of Maryland students who will go through several rounds of matchmaking events in one night to determine their best fit.

“Contestants won’t be ranking anyone, and no one will get kicked out,” said Samantha Amo, a co-producer of the show. “Just one night of fun speed dating-type events.”

Two episodes are slated for production right now, each with a different theme. To focus on groups not represented in the first two seasons, the first episode will feature only LGBTQ+ students and the second will include only freshmen, Amo said.

“We wanted everyone to have a chance to have the same fun,” said Amo, a junior communication major.

The producers noticed a lack of LGBTQ+ representation in the plethora of dating shows on TV and wanted to find a way to include a wider array of students from the diverse pool of those who have sent in applications.

“There’s none of that in the actual media right now,” said Austin Brown, the show’s other co-producer. “We’re so limited to straight TV shows, we wanted to be the little change on UMD’s campus.”

Another motivation for the miniseries was the ease of production compared to a full series, especially during the start of the semester.

“We made 40 new friends from the first two seasons, and we wanted to continue that,” Amo said. “We’re thinking about filming a third season around Thanksgiving break, but this is much easier on us.”

Brown, a junior Chinese and international business major, and Amo are brainstorming potential themes for more episodes if the first two are successful, including specific majors and other grade levels. Based on the past two seasons, they’re expecting a positive reception.

“[The show] has been more successful than we thought it would be,” Amo said. “We’re still getting followers on Instagram, and people are interacting on a daily basis.”

Cast members are even getting recognized in public by fellow students, and the producers get excited questions and comments from strangers who are fans of the show.

In terms of matchmaking success, the producers say none of the couples from the show are “deeply in love,” but some of them are in the talking phase, and others have found matches in candidates from other seasons.

“There’s so much tea behind the scenes,” Amo said. “We basically created a 40-person friend group with 20 girls and 20 boys.”

Amo and Brown are working on promoting the miniseries and collecting applications. They expect to release the first episode on LGBTQ+ Terps at the end of September.