The dread and anticipation of the post-pandemic glow up 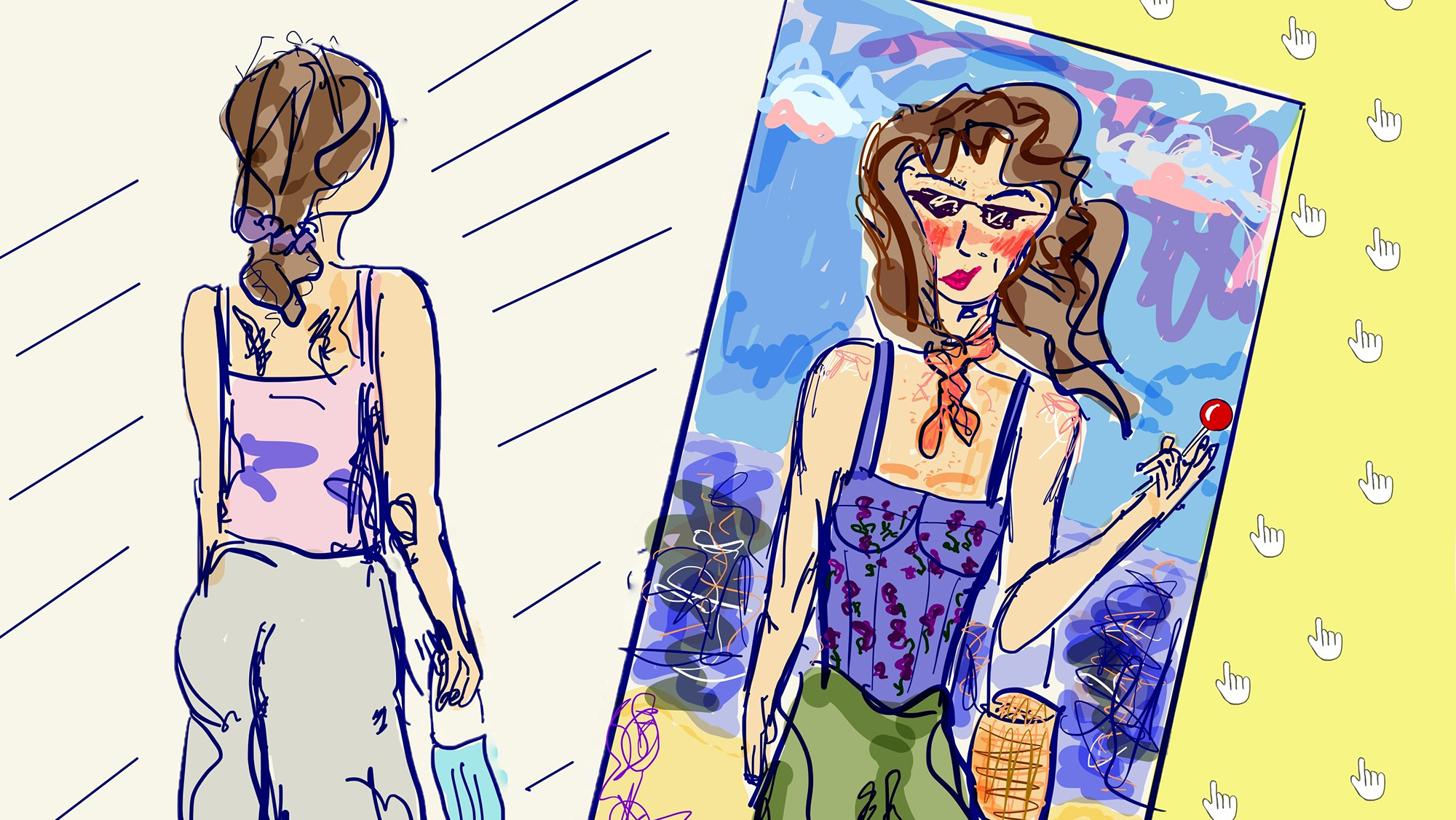 According to social media, we are all waiting for our final “glow up.” Much like Norma Jeane’s transition into Marylin Monroe or Christ’s resurrection, the moment will be ineffable and final, a door through which we (women) enter and never return.

What exactly is a glow up? Glowing up is, essentially, the Gen-Z version of a makeover. It’s the moment our teenage selves hope for and salivate over, the pinnacle from not … to hot. It’s Rachael Leigh Cook clopping down the stairs in She’s All That, her paint-stained overalls and bespectacled smirk exchanged for a little red dress, a short, flippy haircut and a made-up, glasses-free face. But unlike the traditional rom-com makeover, the glow up (or glo up, if you hate ‘w’s) resides in the realm of social media and real life. And lucky for you, there’s a legion of resources waiting to help you achieve your true potential. Google “how to glow up” and you’ll find step-by-step guides on staying fit in quarantine, a WikiHow article and even a reflective thinkpiece on the meaning of glowing up by Lena Dunham.

The “glow up” has become increasingly popular in the last few years as a term synonymous with self-betterment and physical improvement. The earliest usage of the term that I can find traces back to 2013. No gender is excluded from participating in the trend, but there’s something deeply female about the way it manifests physically: as gradual, but increasingly unnerving, changes to the body. These augmentations have gained popularity in recent years with the explosion of “Instagram face;” the years from 2000 to 2019 saw a 71 percent increase in lip procedures, according to the American Society of Plastic Surgeons.

The quest to be pretty, it seemed, had no upper limit. Nothing could stop the glow up’s momentum — nothing, that is, until the coronavirus.

When the world shut down, so did the need for continuous physical improvement. Many corporate offices run from home now, and we need only bring our torsos to work to succeed. With salons closed, women were briefly forced to abandon the neurotic perfection of salon haircuts and instead opted for their own DIY dos. The stakes seemed low and beauty felt rugged, democratic and, best of all, not that important.

But somehow, a devastating pandemic has sunk into our perception of normal. And it feels like the obsession with the glow up never left. It’s difficult to peruse social media without seeing reminders — glow up guides pepper my Instagram and Pinterest feeds.

Search #coronaglowup on TikTok and you’ll find a collage of diet plans, skin care tips and workout plans intended to target and sculpt specific areas of the body.

[The NBA shook up social justice in sports. Now what?]

Then there are the lists. Typed up in little notepad app tableaus, they read like mid-century instructional pamphlets on how to be a lady. “Workout; Grow out eyebrows; eyelash extensions; get acrylics; get better clothes; get tannnnn; moisturize; drink green tea; no junk food; eight glasses of water a day.” Emojis punctuate every item. A cartoon dress for “get new clothes,” a peach for “workout and get thicc.”

It’s hard to tell who is making these guides. Social media allows for exponential sharing and pays little mind to source. The effect is a smorgasbord of teenage need and obsessive desire to be more attractive, a flickering billboard of the collective subconscious desires of its users. Its users, which regrettably, include me.

I dread the post-pandemic glow up as much as I long for it. It is a contradiction that I — and I believe many other women — have been grappling with far before we were all consigned to our homes, with endless hours to look in the mirror and fuss at our bodies. The archetypal makeover is intoxicating and timeless. You change your appearance and your whole life changes. Someday, you tell yourself, I will figure out my hair. Someday I will figure out my diet, stay at one consistent weight, find my signature look, actually feel comfortable in denim. The “me” who figures all of these things out is not who I am today. She is a mirage. Maybe when this pandemic is over, she will emerge from her chrysalis and really exist. Maybe she can negate the dreadful reality of these last few months.

But as the pandemic drags on, the dream of the before and after — the final glow up — dissolves. The very premise of this pandemic negates the idea of the glow up. Nobody knows when the end is coming and it will likely be gradual and painful, not sudden and striking. We want to put an end date on it — to affix it to the first day of fall, or the day when mainstream movie theaters tentatively open their doors, or the presidential election. But chances are, we will be in this moment for a while. We aren’t getting a date. Three months to a swimsuit body is swiftly becoming a notion of the past. And maybe we should leave it there.