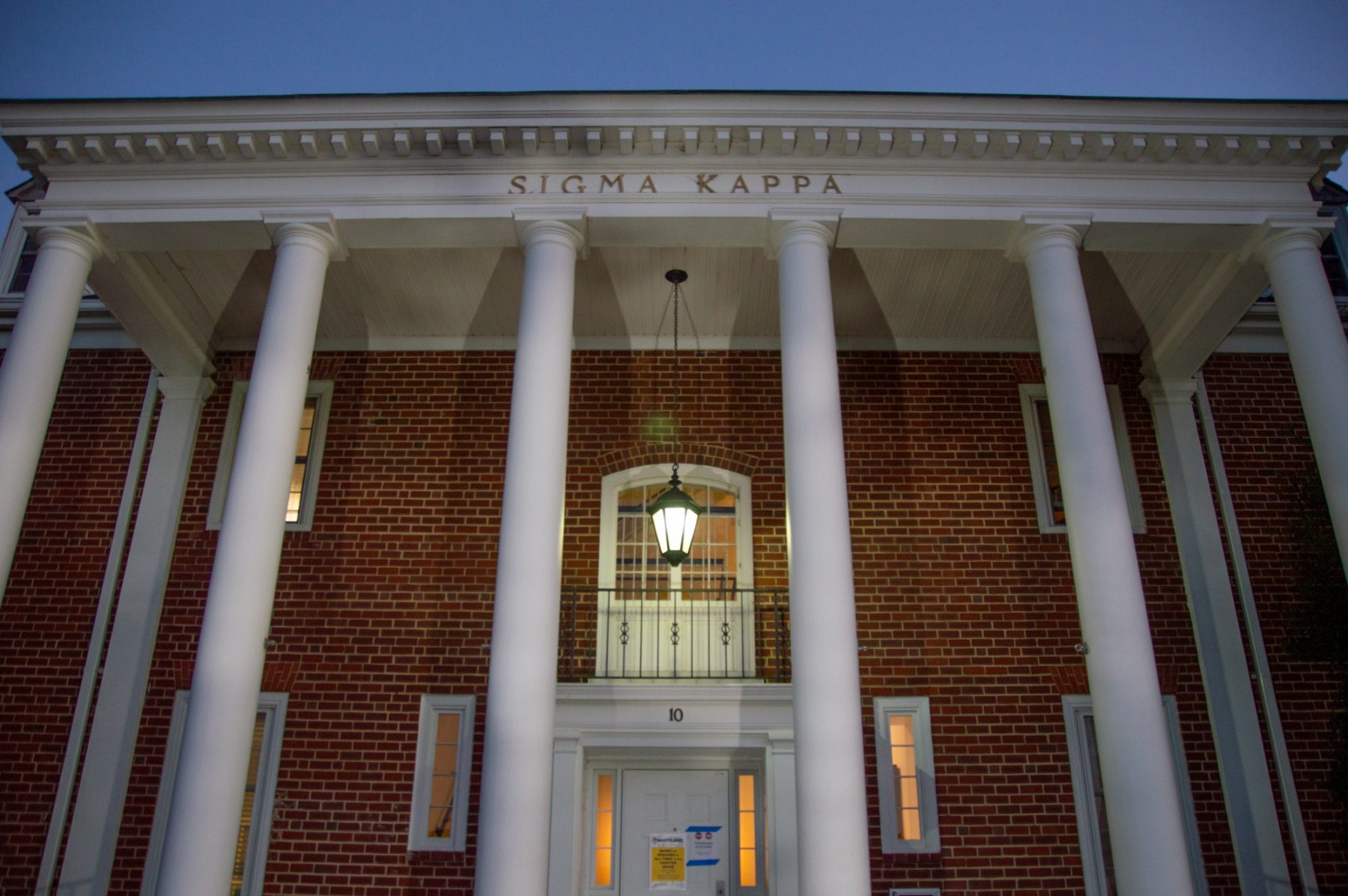 A positive coronavirus case at the University of Maryland’s Sigma Kappa sorority chapter house last week was the result of a mix-up at the University Health Center, according to an email obtained by The Diamondback.

Residents of Sigma Kappa’s chapter house were forced to quarantine last week after one student received notice that she had tested positive for the virus. On Monday, though, the sorority’s resident director informed them that the student had actually tested negative for the virus, and “the Health Center had a mix up when it notified her that she was positive.”

Those who moved home or to Old Leonardtown to quarantine are allowed to return to the chapter house, the resident director wrote in the email.

Sydney Gittelman, the resident who mistakenly received the positive test results, first got a call from the health center Thursday morning, three days after she was tested, she said. She was told she had tested positive for the coronavirus and was strongly advised to quarantine at home without being asked to enter university-provided isolation housing, she said.

The news came as a shock, she said. The chapter house has a 24-hour mask mandate, and she had been extremely cautious.

“I was freaking out,” said Gittelman, a senior general biology major. “I called [my mom] crying, I was like ‘I don’t know what’s happening.’”

In a statement Monday evening, university spokesperson Katie Lawson acknowledged the university made an error and that all affected students have been contacted.

In a phone call Tuesday morning, Lawson said Gittleman’s case was the first miscommunication of test results that resulted in a group of students unnecessarily going into quarantine. She said there had been other “communication challenges” in regards to test results, but that all errors had been addressed.

There have been about 12 commuciation challenges so far, Lawson wrote Tuesday. All but one of those errors were related to a lab error, which the lab “quickly corrected.”

“In conducting, communicating and delivering nearly 20,000 test results to our faculty, staff and students, we understand the need for accuracy and clear communication,” the statement read. “We regret the error and are working to implement measures to prevent future issues.”

Since Thursday, Gittelman has been staying in her Montgomery County home with her mom, who had accepted that they must both have the virus since the two came in contact with each other after Gittelman was tested.

On Monday morning, she saw a Sunday email from the health center, saying she had tested negative. The email seemed “like the most automated thing” she’d ever read, she said, and it did not mention her previous positive result.

She frantically called the health center, and it wasn’t until hours later that she received a call from interim health center director Dr. Sacared Bodison, informing her that she did not actually have the virus.

Bodison called her again later in the day, speculating that a possible reason for the mistake was that “the lab sent them two different results, one of which was negative, the other was undetermined,” Gittelman said. At that point, Gittelman grew angry, she said, and demanded a written apology.

She also worries that the mix-up could have larger implications.

“I feel like it’s not an isolated thing,” she said.

The resident director learned of the mistake in a phone call from Bodison on Monday afternoon, according to the email obtained by The Diamondback.

“I’m sure this news is a lot to take in considering what we had to go through the past few days,” Pearl Lo, the resident director, wrote in the email. “However, I hope we can focus on the positives that no one has COVID and we are all presumably healthy.”

When residents learned about the positive test result, they were given three options: go home to quarantine, volunteer to live in university-provided quarantine housing for two weeks or enter a lottery to quarantine at the sorority house, according to an email to residents.

“It’s kind of like ‘Oh, the whole thing was just a dream, but it wasn’t and so … it’s happiness mixed with extreme frustration,” said Harper, a junior cell biology and genetics and French major. “It gave everyone in the sorority emotional trauma and just stress and just mass panic.”

Gittelman hopes to return to the chapter house on Tuesday, but first she must wait for the university to re-verify her results with the lab. After hearing about her negative result, she got tested at an urgent care clinic near her house.

“I just don’t trust the university at this point to be testing me,” she said.

The Diamondback is monitoring COVID-19 cases in the university community. If you have any information, please email newsumdbk@gmail.com or send us a tip.