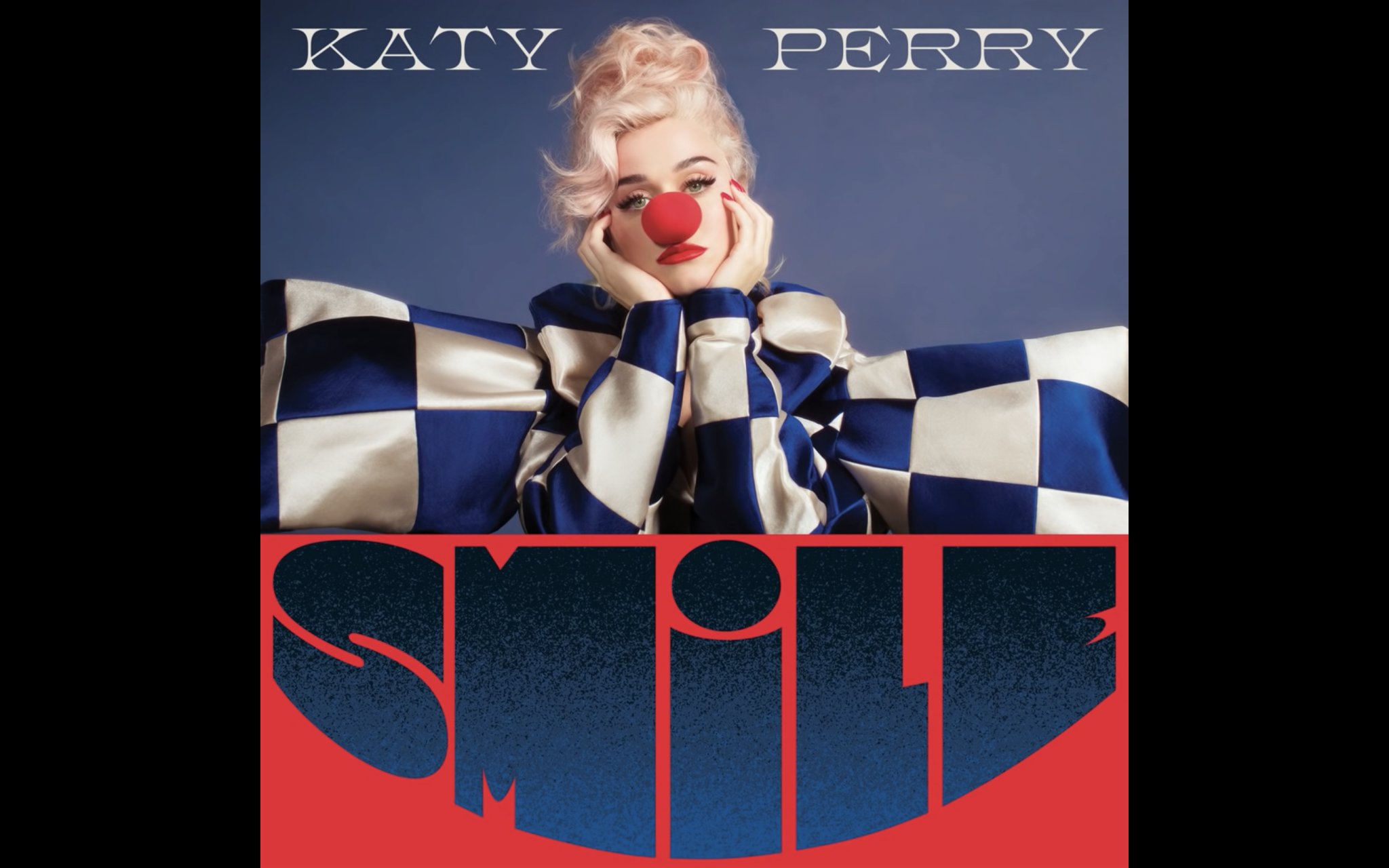 I didn’t have clear expectations for Katy Perry’s newest album, Smile. Although she has released everything from the highest highs (the 2010 record-breaking album Teenage Dream) to equally low lows (the widely panned 2017 album Witness), neither of those felt like fair standards to hold her to coming into a new album cycle.

First came the singles. The breezy, uplifting “Never Really Over” was a strong effort for the first post-Witness song; “Harleys in Hawaii” was a confused, overproduced track that Forbes named the seventh worst song of 2019; the anthemic ballad “Daisies” now shares its name with her daughter, Daisy Dove Bloom, born last week (was “Swish Swish Featuring Nicki Minaj Bloom” unavailable?); and the title track “Smile” was decently fun, but ultimately forgettable.

Ultimately, this platter of songs did not leave me as excited for new Katy as I would’ve been in 2013. But luckily enough, the remaining songs on Smile are far more exciting and unique, harkening back to the traditional streamlined pop music Katy once executed so flawlessly.

Katy noted her return to “pure pop” on Smile in a virtual press conference run by Universal Music Group earlier this month with nearly 150 college journalists.

“I do think that this record musically is a lot like some of the tones of Prism and Teenage Dream,” she said. “I love leaning into the pure pop aspect of my life.”

[Q&A: How Avenue Beat cherishes sisterhood in their lives, lyrics and music]

From an initial glance at the track list, it’s immediately evident that much of this album is about sadness and dissociation: see  “Cry About It Later” and “Teary Eyes.” Katy even opened up about how Smile was created “during one of the darkest times” of her life.

“I was clinically depressed,” she said, “which is something I had never dealt with. I only dealt with depression in short, small bouts, but I felt like I could solve it. And this time, I couldn’t solve it.”

But listening to these two tracks, they’re somehow audibly fit for a carefree night at a club. “Cry About It Later” is a necessary reminder to take time for yourself and find things that bring you joy despite whatever issues may be plaguing you. When you can’t take a break, “Teary Eyes” prompts you to do those things while crying, all while dancing to an unexpectedly invigorating, radio-ready synth beat.

“This record really speaks about my own experience of walking through that and coming out alive,” Perry said.

Such sentiments are clear throughout the album, with recurring themes of “hopefulness, resilience, joy and … escapism,” according to Perry. Look no further than “Resilient,” a plucky ballad with an epic build-up that allows Katy to show off her staggering vocals clearer than any other time in recent memory.

Katy also explained the “clownery” trope surrounding the album, which can be seen with the accompanying album art.

“I’ve always felt like the court jester,” she said. “And I’ve always had a little bit of humor injected into everything I do … I wasn’t taking myself seriously when I was spilling whipped cream out of my boobs. Hello, I’m in on the joke! But I continue to use humor as a way to kind of bring a little levity to the seriousness of life.”

[In honor of ‘Midnight Sun,’ here are the best songs from the ‘Twilight’ movies]

Katy does strike gold on a few tracks on Smile. The most striking standouts would have to be “Champagne Problems,” a cheeky, flirty track with a pleasing contrast of Katy’s fluttering vocals and a killer bass riff, and “Not the End of the World,” another divine dance bop serving as a reminder to persevere in spite of any obstacles, allowing you can keep the track on replay.

Although inconsistent at times, Smile does have several songs that beckon to the glory days of the chart-topping Katy and are worth wading through the flops of the album. (Yes, I’m still looking at you, “Harleys in Hawaii.”) This album features more of Katy’s greatest asset, her amazing vocals, and has a far clearer purpose than the wonky mess that was that 2017 album I won’t namedrop again. And while Smile may still be a distance from the pure caliber of Teenage Dream, Katy is undoubtedly on an upward trajectory.