In honor of ‘Midnight Sun,’ here are the best songs from the ‘Twilight’ movies 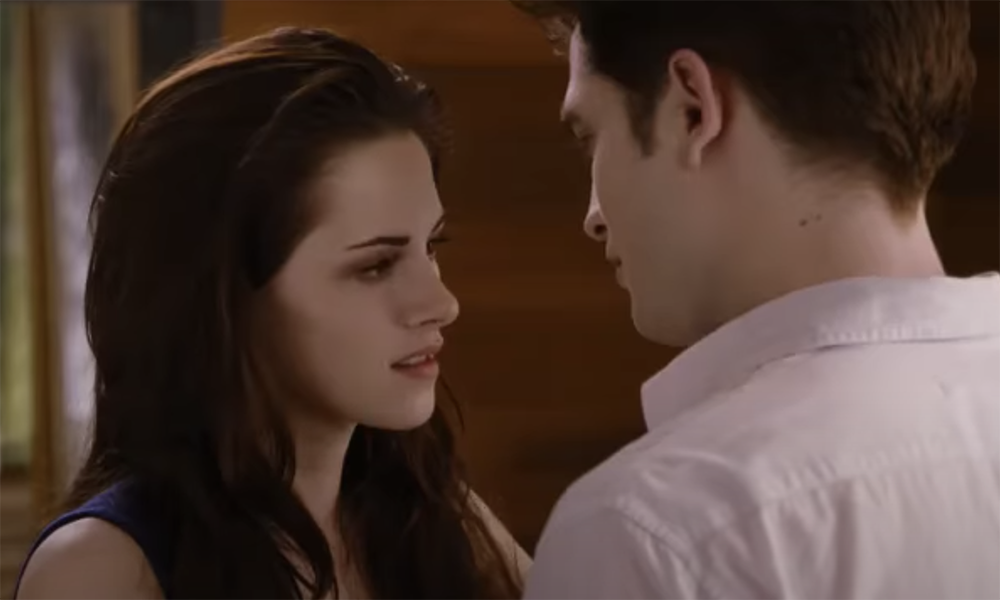 The 'Twilight' movies have some of the best soundtracks in cinematic history. (Photo via YouTube)

My body, much like every other body, has an internal biological clock. It tracks when I’ll wake up, when I’ll get hungry, when my fertility will decline and when I’ll start liking dark chocolate and identifying with Julia Roberts’ character arc in Eat Pray Love. It’s probably the reason I get my hair cut annually, without fail, in what always feels like a spontaneous decision to me. And, as scientifically sound this theory most certainly isn’t, I genuinely believe it’s a major reason I end up watching the entire Twilight Saga every three years.

And, every three years, I feel the need to justify why I’m watching Twilight. Partly, because as has been detailed incessantly, the movies are deeply flawed and I’m precious about my taste. Mostly because of what I’m convinced is internalized sexism — teenage girls and anything they like tend to serve as popular punching bags.

And so, even though I shouldn’t have to justify it, I will.

The locations are scenic and beyond beautiful. The wardrobe quenches my early 2000s nostalgia. And it’s very possible that under this cold, hard exterior, I (with several caveats) enjoy watching attractive, tortured people in love.

But perhaps the most redeeming element of the franchise is the indie-studded soundtrack. Featuring Death Cab for Cutie, Bon Iver, Paramore, Radiohead and the likes, it’s criminally good, severely underrated and helps obscure the fundamental plot-hole that these glamorous, immortal beings for whom money is no object actively choose to stay in the American education system for eternity.

And so, without further ado, here are some of the best tracks from the original motion picture soundtracks:

I’ve personally never traveled to Isle Esme for my honeymoon after leaving all my loved ones behind, ostensibly forever, so that I could begin my new immortal life with my soulmate by my side, but listening to this song on repeat as I drive to the Starbucks that is 15 minutes away instead of the one that is two minutes away because it has a drive-thru option and I have nothing better to do with my time? Could’ve fooled me otherwise.

I’ll be honest, hearing Radiohead’s “15 Step” in the first Twilight movie made me resentful because it feels like vampire fantasy love stories and In Rainbows operate on different planes of pop culture existence, but the sooner you stop resisting, the sooner you can embrace Thom Yorke’s surprising solo track featured in New Moon.

“We were basically all suburban tweenagers at a point. I know for damn sure I was. I think if I had this soundtrack, if my 13-year-old self could’ve been exposed to Grizzly Bear, I probably would’ve been a little further along and probably better off,” St. Vincent’s Annie Clark said when discussing with Pitchfork how the song came to be on the soundtrack. “Roslyn” has now reached the “TikTok famous” phase of its life cycle, making itself accessible for another generation of suburban tweenagers.

One Twitter user pointed out that the scene this song scores — in which Bella stares out her window, depressed, as the seasons come and go —is what the last few months of quarantine have felt like. This is a beautiful song, so it makes the list, but I have to dock points for the sense of escapism I can no longer achieve when listening to it.

Perhaps my favorite song from the entire soundtrack, I’ve received several concerned texts regarding my Spotify activity since I discovered it: Specifically, “Why have you been listening to the same exact song from the Twilight soundtrack for the past three days?” Beach House’s Victoria Legrand’s distinct, stirring vocals match the cinematography, and the melancholy that underscores the entirety of the film it’s featured in, New Moon, perfectly. I’ve probably listened to this song hundreds of times by now, and it wasn’t until I got to the triple digits that I was able to actually recognize any of the lyrics; that’s how much this collaboration knocks me out.

“From Now On” – The Features

This particular track is less intensely haunting and more spunky, and I think we’re all better for it.

Again, really balancing out the haunting-to-spunk ratio. This one even has moxie.

[Q&A: How Avenue Beat cherishes sisterhood in their lives, lyrics and music]

I think a lot of the songs on here reflect more than just romance; they can speak to ennui, loneliness and a host of other existential conflicts. “Turning Page,” however, is a certifiable love song, through and through. And it’s one that probably spawned thousands of first dances and walks down the aisle at early 2010s weddings, too.

This song plays during Bella and Edward’s prom dance in the first movie and again during their wedding. Even the hardest of hearts can recognize that, as Jason Bateman’s character in Game Night puts it, as “some cute full-circle bullshit.”