Q&A: How Avenue Beat cherishes sisterhood in their lives, lyrics and music 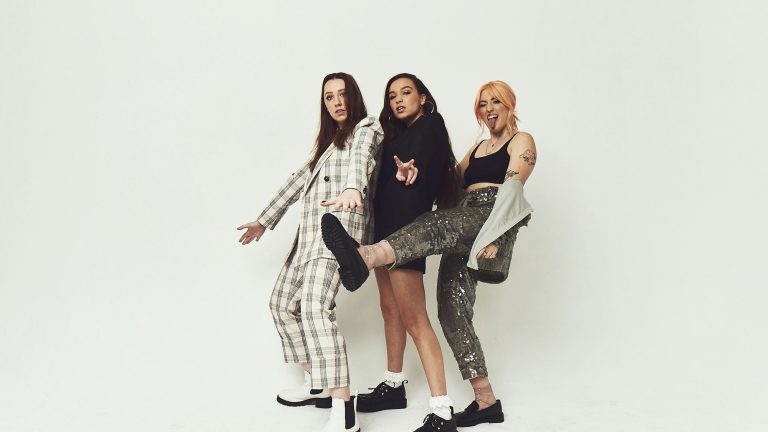 For Sami Bearden, Savana Santos and Sam Backoff, music is a childhood passion that blossomed into a full-fledged career path by the end of their high school years. The 22-year-olds, who make up the Nashville-based band Avenue Beat, credit their lasting friendship and a random online band name generator for launching and continuing their musical journey.

I recently spoke with the trio via Zoom, in true quarantine fashion, and from the occasional inside jokes they cracked to the nonchalant humor they shared with me, their authentic friendship was palpable even from behind a screen. The band shared their love for Billie Eilish and Harry Styles and talked more about the inspiration behind their single, “F2020.”

What’s quarantine been like for you guys so far?

Backoff: Yeah, Savana and Sami thrived during the isolation, I would say. I kind of hate it because I like being around people. But at least I get to be around these two idiots!

How are you guys channeling your creativity and keeping that spirit going during this time? Have you all found it more difficult to be creative?

Bearden: It’s like having to tap into a different brand of your creativity, I guess. Because usually it’s like, you go out in the world, you live your life, you have your experiences, you come back in a room and you write about them … I think there’s a bit of a learning curve to it, but we got there. We’re here!

[Review: Alanis Morissette’s ‘Such Pretty Forks in the Road’ sparkles but doesn’t spark]

Tell me a little bit about your musical trio. How did you all meet and start pursuing music together?

Santos: Sam and I have known each other since we were babies. And then we met Sami when we were like 14 at musical theatre camp. And the band thing just kind of happened. We didn’t set out to become like a musical trio. We would just hang out in Sam’s living room and sing covers and just like make YouTube videos. And then it just turned into that.

Who or what inspires you all to create and make music? What are some of your music, art and creative inspirations?

Santos: We all grew up listening to completely different things!

Backoff: Yeah, I grew up listening to strictly country music.

Santos: Sam did not know that another genre of music — other than country — existed until she was like 12.

Backoff: What a time that was: the beautiful world of pop music!

Bearden: I feel like I always liked really tongue-and-cheek funny songs … My dad and I would always listen to Jimmy Buffet and things like that … That was kind of my jam.

Santos: And I exclusively listened to One Direction and one song by Shania Twain, “Forever And For Always.”

Backoff: What a good song! If you got to pick one song to listen to, it might as well be that one.

Bearden: But we all met doing musical theatre. And we kind of feel like that’s been a big influence on how we write … just trying to make the funny moments funny or the heartbreaking moments really hit with … theatricality.

Let’s talk about your recent single “F2020.” I first saw the song’s viral TikTok on Twitter, and it’s so relatable! The song explores this universal sentiment that 2020 has just been an awful and dire year so far. What were some of the personal experiences and moments behind this song?

Santos: So many things. But there are two that stand out that we’ve been talking about recently. We had put out a country single at the beginning of the pandemic, and it just flopped. … And then I got a call one morning from Sam that Sami’s cat Gumbo had died. And that was the final straw. That was when I was just like, ‘OK, this is just outrageous! I need to do something about this, and I just need to vent it out. I’m gonna write a song about it.’

The lyric video is entirely made up of personal footage and Snapchat videos. How did you guys come up with that creative idea and produce it?

Backoff: We just started with footage from when we were all together to all the stuff that slowly started happening and footage from stuff during the pandemic. And then we decided to make it broader and include all the things that had been happening in the world. And in the video, we just decided to expand on that. We actually asked all of our friends to send us videos of them having breakdowns or going through hard times.

Bearden: And because they’re all Gen-Zennials, they all had so many videos of them crying and then putting up the peace sign. It’s a thing!

Who are some of your dream collabs? If you all could work with any musician or any band, who would it be and why?

Backoff: I was thinking about this the other day. A Billie Eilish collab would be sick. I don’t think that will ever happen, but in my dreams, baby!

Bearden: We could write the most depressing song ever!

Santos: Mine would be Kacey Musgraves and/or Harry Styles.

Backoff: Or Ariana Grande. She’s my favorite of all time.

What’s a musical goal that you all would like to speak into existence?

Santos: Having people scream and sing our lyrics back to us! Maybe when we can tour again soon!