Review: Alanis Morissette’s ‘Such Pretty Forks in the Road’ sparkles but doesn’t spark 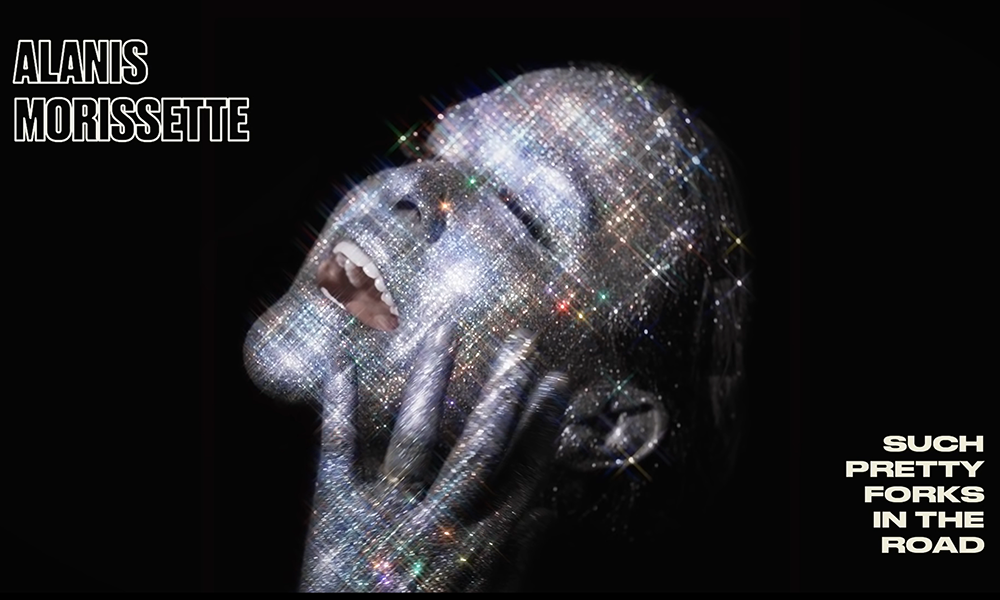 Alanis Morissette grapples with demons past and present in her imperfect but deeply felt new album. (Photo via Youtube)

Twenty-five years after the release of her award-winning album Jagged Little Pill, Alanis Morissette has retained an almost vice-like grip over the spirit of the grunge generation. Eight studio albums and one dedicated musical later, Morissette has firmly carved her place into pop culture.

I’m not simply basing this on her accolades; I know it from personal experience. My name (see above) is very much like Morissette’s — minus a few suffixes — and I’ve gotten comments from family, friends and relatives about the singer for my entire life. Most of these comments include an unsolicited impression-slash-nostalgic take on what college was like in the ’90s.

Shockingly, I did not attend college back then, so I never got the privilege of grieving a breakup to the cassette tones of “You Oughta Know” in my dorm room, my fingers tapping despite themselves on the fabric of my little sweater vest and, underneath, my pain-cracked heart.

If I sound a bit confessional, it’s because I’ve been listening to the self-reflective soft-rock queen herself.

Morissette’s first new album in eight years, Such Pretty Forks in the Road, came out last week. In this piano-driven record, she explores the themes of mental illness, marriage, sexuality, PTSD and motherhood.

Such Pretty Forks in the Road finds Morissette’s trademark style in all its hyper-honesty and a voice that is as strong as ever. Her most innovative work on Jagged Little Pill explored the craggy landscape of female rage and sexuality — and probably scored a lot of devastating heartache. In Such Pretty Forks in the Road, shades of that anger, softened by time, remain. And there are hits: the tracks “Reasons I Drink,” “Ablaze” and “Diagnosis” contain some of the propulsive catchiness that characterized past tracks such as “Ironic.”

[Review: ‘Down to Earth with Zac Efron’ offers a shallow look at sustainability]

Lyrically, Morissette has thrown neatness out the window. Many of these songs don’t rely on or emphasize rhyme; it’s a credit to her songwriting that most of the time it’s not even noticeable. Rather, it is her confident and, at times, raggedly unvarnished vocals and candor that drive the songs forward. Morissette has always primarily been about the emotion.

And in this work, she’s not shying away from it. In “Reasons I Drink,” Morissette lays out her history of mental illness and addiction like a record collection: “And here are the reasons I eat/ Reasons I feel everything so deeply when I’m not medicated.” In “Diagnosis,” she dares the listener to judge or pathologize, then throws away the DSM. “Call it what you want/ ‘Cause I don’t even care anymore/ Call me what you need to/ To make yourself comfortable.”

Not every track on Forks succeeds in capturing that hard-to-define rawness. “Missing The Miracle,” a meditation on the trials of marriage, has some clever lyrics but doesn’t quite hit the heartstrings. In “Her,” Morissette pays reverence to the women who came before her, finding spirituality in their ancestral bond. “And so I pray to Her today/ I ask for mercy and I beg for patience, ooh/ She’s coming in hot all like Shakti/ And coursing through my veins like Liquid Mary, ooh.” The homage is earnest, but the result borders on kooky.

Morissette is at her best when she mines the anger that made her famous. In Such Pretty Forks in the Road, Morissette tends to focus more on fame and its ill effects. “Smiling,” the haunting and satisfying title track, finds her in the middle of a personal reckoning. “Pedestal,” the final track, lambasts those who have used her fame to propel themselves forward. “I’m sure you enjoyed my name, who wouldn’t take advantage?/ I’m sure you enjoyed this game and the proxy pride that you landed.”

All the pieces are there, but the pain isn’t fresh. That’s because, in its essence, this is an album of reflection. Morissette is surveying her demons, past and present, and making sense of them. Her songs are more clear-headed, but they don’t reach fever pitch.

Like any artist whose fame-making work hit such flint, Morissette must constantly weather comparisons to her star-making album. And that might be unfair. Yet the enduring power of Jagged Little Pill remains; Morissette’s third album is now nearly a quarter of a century old, but its anger and honesty feel more powerful than ever. Despite its comparative candor, Such Pretty Forks in the Road doesn’t capture that same bitter sting. It is, however, deeply felt. Decades later, Morissette still likes her emotions taken straight to the heart, no chaser.