How Atlanta went from cultural afterthought to hip-hop hegemon 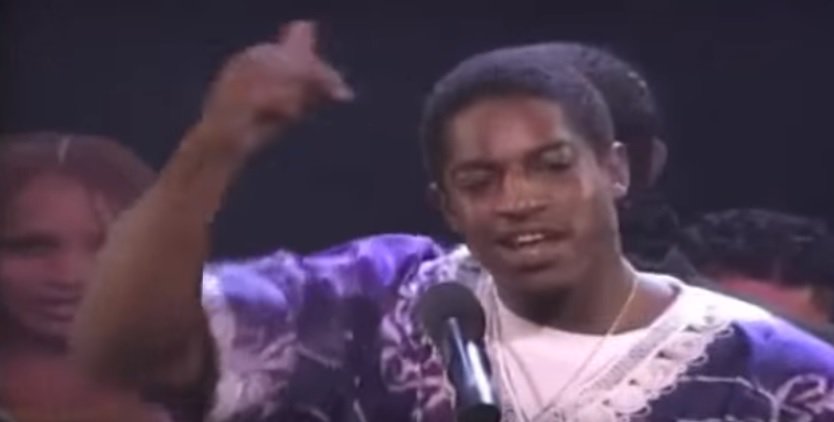 In August 2019, Young Thug dropped So Much Fun, an incessantly energetic and aptly titled project that garnered positive reviews — not just for him, but for the slew of artists from his hometown of Atlanta featured on the album. The family affair was a catalyst for a movement in hip-hop, with Future, Gunna, Lil Keed and Lil Baby each holding down their respective moments on the project. While each artist brought a unique sound to the table, the common denominator among them was the city they hail from.

This concentration of talent in one metropolitan area is impressive, but it didn’t happen overnight. In fact, not that long ago, the Atlanta rap scene — and Southern rap in general — was a cultural afterthought. In the mid-’90s, the East Coast versus West Coast binary was most prominently featured in the scene, overshadowing the many talented rappers and performers the South had to offer.

Today, however, Atlanta is arguably the nucleus of hip-hop, producing a loaded roster of diverse performers that rivals, if not dwarfs, the recent output of more classical hip-hop cities such as New York and Los Angeles. To truly appreciate its influence, it’s important to remember where it all started.

August 3, 1995, was perhaps the most provocative and consequential night in hip-hop history. The second annual Source Awards, held in Madison Square Garden, was the only awards show at the time exclusively dedicated to showcasing hip-hop artists. The night was initially intended to highlight the genre’s wide-ranging cultural influence and chart-topping success.

Brooklyn wordsmith Biggie Smalls, with the help of Sean “Puff Daddy” Combs and Bad Boy Records, was the top-selling male solo artist and rapper on the U.S. pop and R&B charts. Tupac Shakur, another giant in the industry, had dropped his widely acclaimed album Me Against the World while incarcerated in March of that year. While Shakur was unable to attend the awards show due to the whole incarceration thing, he was well-represented by Death Row Records CEO Suge Knight and collaborators Snoop Dogg and Dr. Dre.

The coastal war overshadowed the newer contributions of a lesser known region at the time: the South. That night, Outkast received the group award of New Artist of the Year for their debut album Southernplayalisticadillacmuzik, a uniquely Southern album that painted vivid images of  Black life in ‘90s Atlanta. As Atlanta-based producer Ray Murray said, “Outkast made sure to bring across something that was definitely Atlanta and Southern, not identifiable with any place else.”

It was one of the first albums that provided the South with a concrete sense of identity in the young world of hip-hop. However, the Source Awards crowd could not have been less interested in this newfound identity and were instead captivated by the battle between the current regional hegemons. As Outkast was announced as New Artist of the Year, the New York City crowd erupted in boos. The young duo took the stage and faced people who hadn’t listened to their album, didn’t really care about their music and certainly didn’t care about the cultural significance of Southernplayalisticadillacmuzik.

This entire scene is captured on video, and it can only be described as aggressively tense. As the jeers rained down, a young, visibly upset André 3000 defiantly addressed the crowd. “It’s like this though … I’m tired of folks, those close-minded folks, you know what I’m saying? It’s like, we got a demo tape but don’t nobody wanna hear it. But it’s like this, the South got something to say and that’s all I got to say.”

André 3000’s speech was a paradigm shift. The South was demanding to be taken seriously, and the rest of the country finally began to listen. Over the next decade, Outkast went on to win six Grammy awards, and their regional contemporaries Lisa “Left Eye” Lopes, CeeLo Green, Lil Jon and Ludacris all broke into huge mainstream success. Not only did they establish the region as a capital city in the hip-hop world, they each painted vivid pictures of what it meant to grow up poor and Black in the South.

Like many hip-hop artists, the music coming out of Atlanta during this period was a direct, lyrical representation of the daily conditions in which they existed. Following André 3000’s proclamation, the mainstream depictions begot the seemingly endless roster of lyricists, mumble rappers and trendsetters who call the city home. When the next phenom emerges, keep that fateful night in mind.

As Atlanta icon Killer Mike said of that night, “That moment not only galvanized us around Outkast, it galvanized us around the city … being fierce about our own identity, and not being passive or second to anyone. We got on our own hype, so I thank every audience member that booed. Thank you.”