Review: ‘Down to Earth with Zac Efron’ offers a shallow look at sustainability 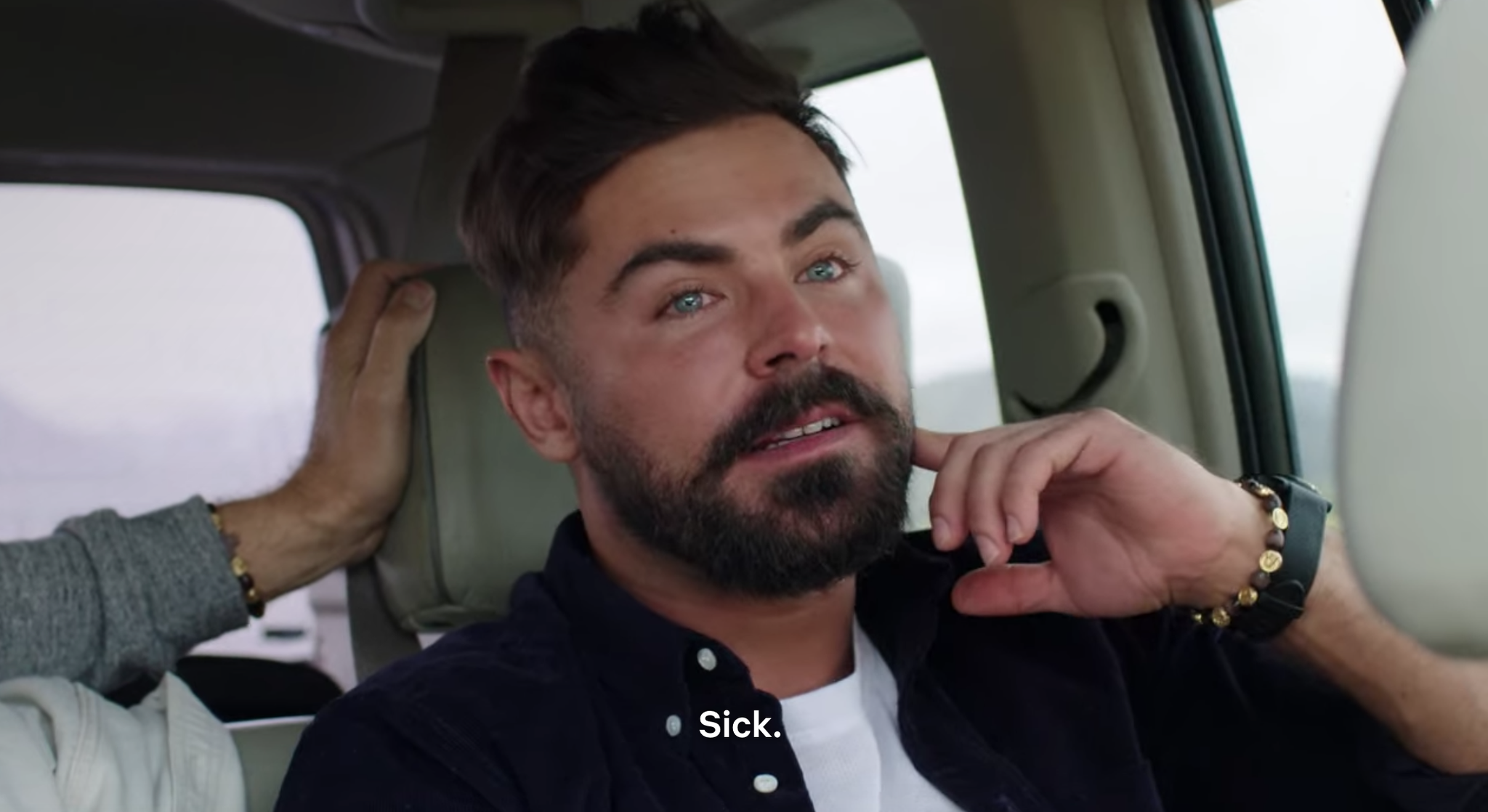 "Down to Earth with Zac Efron" is now streaming on Netflix. (Screenshot via Netflix)

Is there a large subgroup of Zac Efron superfans who are also skeptical of climate change? Down to Earth with Zac Efron attempts to target that niche population.

The Netflix series follows Efron and co-host Darin Olien, who is described as a guru of healthy living and superfoods. The two travel across the world to find sustainable alternatives for age-old problems, such as pollution, poor water quality and starvation.

This idea of finding “new perspectives on old problems” is promoted during the introductory sequence in each episode. If that sounds too broad, it’s because it is. Besides this mantra, there isn’t a clear structure that each episode adheres to. It feels more like a disjointed travel show than the spotlight on sustainability they were going for.

Down to Earth felt like Eat Pray Love for frat bros. I should have kept a tally of how often Efron or Olien described something as “awesome” or “trippy.” After learning they were at one of four geothermal plants in Iceland, all Efron could offer up was “sick.” I have to hand it to him, that is pretty sick. But neither of the hosts contribute more than this surface-level commentary.

The eight episodes range from 30 to 50 minutes, but they could easily be trimmed down to 25. Scenes intended for comic relief didn’t land — they just dragged the episode along and made it harder to watch. The lighthearted moments felt like an attempt to entertain viewers in between informative segments. Right after the hosts learned about renewable forms of energy at the geothermal plant, they headed to a spa and a chocolate shop.

While Efron and Olien took turns submerging themselves in a cold bath, I grew frustrated. It came across as a commercial break rewarding you for watching something less glamorous for a while. Now here are Efron’s abs as a treat! These additional scenes are more confusing than comical. You wouldn’t need comic relief if you kept the episodes shorter. I struggled to keep watching through these scenes — the opposite of their intention.

I wasn’t surprised to learn that Efron is an executive producer of the show. His narrations provided context to the area they were in or the concepts they were discussing half the time. For the other half, Efron provided redundant observations that felt like we were listening to his internal thought process.

In an episode centered on the Italian island of Sardinia, an area with a high life expectancy, Efron and a translator spent time with Francesco, a 97-year-old who’s lived there his whole life.

Francesco takes them on a walk to a bar. On top of the clear visual cues, we also get Efron’s narration that hits us over the head with obvious information.

“What is this? Is this a bar?” Efron asks, then pauses to chuckle. “Every day he walks to a bar! Okay.”

This is just one instance of many where Efron makes unnecessary comments. It’s almost insulting to the viewers’ intelligence.

While leaving the geothermal plant in Iceland in the series premiere, Efron exclaimed he couldn’t wait to tell the world about it. But I’m not sure how far this series will reach in terms of viewership. Surely, only those who love Efron will be tuning in.

The segments dedicated to educating viewers had potential. As a non-skeptic myself, there were fascinating moments that I didn’t know about. But the stale scenes with banter used for entertainment hurt the series overall.

Raising awareness for efforts to combat climate change is helpful in any capacity. I’m sure at least some viewers will take something from Down to Earth. But we need more than awareness — it’s time to act. And Efron’s series doesn’t inspire me to do that.