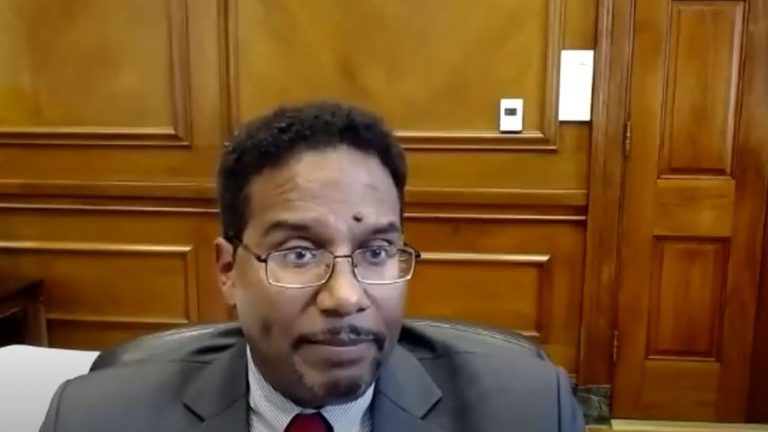 University of Maryland President Darryll Pines joined a virtual general body meeting with the Black Faculty Staff and Association Tuesday, where he fielded questions about the university’s efforts to combat systemic racism, the campus’s COVID-19 response and the institution’s relationship with union workers.

The meeting began with an opening statement from Pines about the campus’s response to what he called the “twin pandemics” — systemic racism and COVID-19. But after the question and answer session, many meeting attendees were left dissatisfied with Pines’ answers, calling him “dismissive” and “evasive.”

Pines outlined his reasoning to reopen campus and discussed his efforts to encourage diversity and inclusion. He hailed education as an “equalizer,” recalling the scholarship he earned at the University of California, Berkeley after growing up in a two-bedroom home where three kids shared a room.

He discussed the decision to divest from the 1033 program — which allowed University Police to receive surplus military equipment — as well as his plans for anti-racist curricula and the naming of new dorms.

“It will be top of mind for me to make sure that we can root out systematic racism throughout our university and make it an incredibly inclusive environment,” Pines said.

He also defended his decision to reopen campus, which helps many people hold onto their jobs, he said in response about the fall semester.

The meeting grew tense after repeated questions about the university’s interactions with the union that represents University of Maryland workers, AFSCME Local 1072. Participants asked why the university wasn’t bargaining with union workers and why union workers were excluded from reopening committees.

Another asked why the university was still paying a “union-busting” attorney, which Pines called a “baiting question” that did not deserve an answer. Faced with a fourth question about the union, Pines asked for balance in the way questions were asked.

“I don’t think this is an us versus them mentality, so please tone it down,” Pines said. “It’s unnecessary.”

Pines also fell under scrutiny after a participant asked if there had been any resolution to the incident where people were sent to the Office of Student Conduct in June for mocking the killing of George Floyd in a photo. Pines said he didn’t know and would have to look into it.

Saba Tshibaka, a student at this university and a leader of Black Terps Matter — a coalition of Black students, faculty and staff fighting to dismantle systemic and institutionalized racism on and off-campus — said that Pines’ response hurt and asked him to meet with her on a monthly basis.

“Me and my Black peers that actually go to this school had to sit and look on Instagram … we had to see that over and over again, until we could try and find justice for George Floyd,” Tshibaka said. “If you were talking to me, you would know about that. I promise.”

In response, Pines said that he recently met with her and a group of 30 other African American students. It’s impossible for the university president to meet with a single person all the time, he added.

After almost an hour of questions, Anne Carswell, the group’s parliamentarian, invited Pines to become a member of the BFSA. He agreed with a smile and without hesitation. But after Pines left, members discussed their reactions to what he had shared during the session.

Audrey Stewart, a program administrative specialist in Facilities Management, said she felt Pines did not want to directly address the issue of Black Lives Matter on campus or the death of George Floyd.

“Who is keeping this man up to date with what is going on?” Stewart asked. “And he’s a part of Black Lives Matter.”

On Thursday, Pines announced his plans to attend the Virtual March on Washington, marking the 57th anniversary of the March on Washington, where Martin Luther King Jr. gave his “I Have a Dream” speech. In the email, Pines wrote about the anger and pain he feels seeing the continued, senseless shooting of Black people.

At the end of his email, he wrote “Black Lives Matter” in bold, calling on others in the community to say it with him.

Still, Esther Rodriguez, a program coordinator in the public policy school, left the meeting unimpressed with Pines’ leadership, which, she said, didn’t motivate others to follow his lead. And Celina Sargusingh, University Health Center clinic coordinator and an executive board member of AFSCME 1072, added that Pines’ comments about the union were “personal.”

“You’re meeting us optically at the table, but there’s no follow-through,” Sargusingh said.