When grades don’t matter, what does? 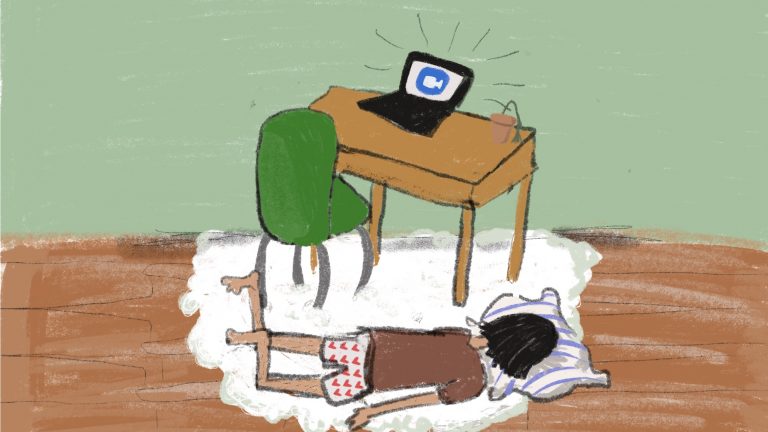 Just kidding. I’m sure you’re just as tired as I am of asinine psychological evaluations done by internet shitposters. As we continue on this speeding bullet train to hell and the quality of posts only continues to decline, I find myself reflecting on what tiny kernels of truth may lie inside these unintentionally harmful generalizations that go viral.

Specifically, I think there is something to be noted about those of us who grew up seeking validation almost exclusively from our academic performances, particularly those who grew up in the inflated “advanced placement” early aughts. I was an incredibly insecure child who in many ways emulated a modern-day Holden Caulfield.

I was erratic, unsure of myself and saw the world in a binary of me vs. them, operating on the baseline assumption that anyone who didn’t know me automatically hated me. My appearance changed as rapidly as my relationships with friends and parents. The only constant throughout all of this hormone-fueled turmoil was that I was good at school, and I was constantly at an “advanced” level of instruction.

Notice that I did not say I was smart. Even though I very well may have been a smart kid, my performance in grade school was more a reflection of my capacity to follow directions and extrapolate upon basic requests of rote memorization my teachers made. Good grades were one of my only sources of power.

Conversely, the deep shame and embarrassment I felt toward my teachers when my performance suffered was equally as powerful over my state of being. I would sometimes have anxiety attacks in the bathroom before lunch when I had to face a teacher after getting a poor grade on a test in their class. I would do everything possible to redeem myself. I had convinced myself that teachers only liked good students, and if I didn’t have the grades to earn their approval, then I would have nothing.

Let’s bring it back to the modern day. I am a rising undergraduate senior, and I have been able to discern the line between how much my grades matter to my future (very little) and how much my extracurriculars and intrapersonal connections impact me (very much). I am the first to admit that I have a shitty GPA. A lady doesn’t kiss and tell, but let’s just say I haven’t made the Dean’s List since freshman year. I was able to absolve my normal feelings of shame with assurance that my steady professional advancements were far more important to my overall success. Internships matter more than grades. So does improving at writing.

But this line of thinking adapts an entirely new context when we put it into our post-COVID dystopia. Most higher education institutions with any sense are doing online instruction for the semester. The economy is tanking and job prospects, particularly for new graduates, are the bleakest they’ve been in years.

While so many of my peers twiddle their thumbs for the semester to start so they at least have something to do, I mostly just worry. The spring semester was hard enough. Right now, I am taking two summer courses and struggling through them. Not because of subject matter, but because it feels like a waste of my time.

People are bursting out into the streets in a pent-up release against years of systemic racial injustice. Millions of Americans stand to lose their homes in the coming weeks, on top of the countless already unemployed and without health insurance. The USPS is being defunded in an absurdly blatant ploy to suppress mail-in voting. Our country is being left completely vulnerable to a deadly pandemic that our federal government has floundered to contain at every angle.

Given all of this and so much more, how are we expected to perform at a high academic level through all of this turmoil when it’s only gotten worse? How am I, a poster child of privilege, whose only real task right now is finishing my degree, supposed to sit in my room and focus on a 10-point homework assignment when the world feels like it’s ending? Shouldn’t I be helping?

If you’ve ever dealt with depression, you would know that a common impact it can have on your mindset is a general sense of apathy towards every aspect of life. In fact, it is one of the key questions you’ll find on any given depression pamphlet that will usually ask something along the lines of, “Have you recently lost interest in some or most things that usually bring you enjoyment?”

But in this scenario, they’re asking you about life when you don’t have this constant sense of dread looming above you. Asking about losing interest in hobbies feels comically demure under current conditions. Who hasn’t lost interest in the things that used to bring them joy? How do you seek joy when there is so much suffering? What was once supposed to be a helpful indicator of a potential mental illness feels like a slap to the face given our new reality. What is the guideline for how much we’re supposed to care for anything nowadays? Hilariously, I don’t think that my line of thinking is caused by my depression. I think this time the entire world is being forced to understand what it is like.

The semester is starting back up again in two weeks, and though most instruction is still online, there will be a noticeable shift in morale. The spring semester was new and scary, but there was the faint possibility that it could just be a temporary blip in our college experiences and life itself. We all entertained the idea of it being over, someday in the future. I don’t think I have to explain to you now that through the sinister inaction of our government and the thousands of deaths that are accumulating are indicators of a much longer, more permanent trajectory this will have on our lives and the history of this country.

So to all of my fall professors, I apologize in advance for the mediocre work I may submit. I will definitely still feel a twinge of shame when I forget to turn something in, but I am sure you feel me when I say that I don’t think I can be bothered to really give a shit.