Can crop tops save the USPS? 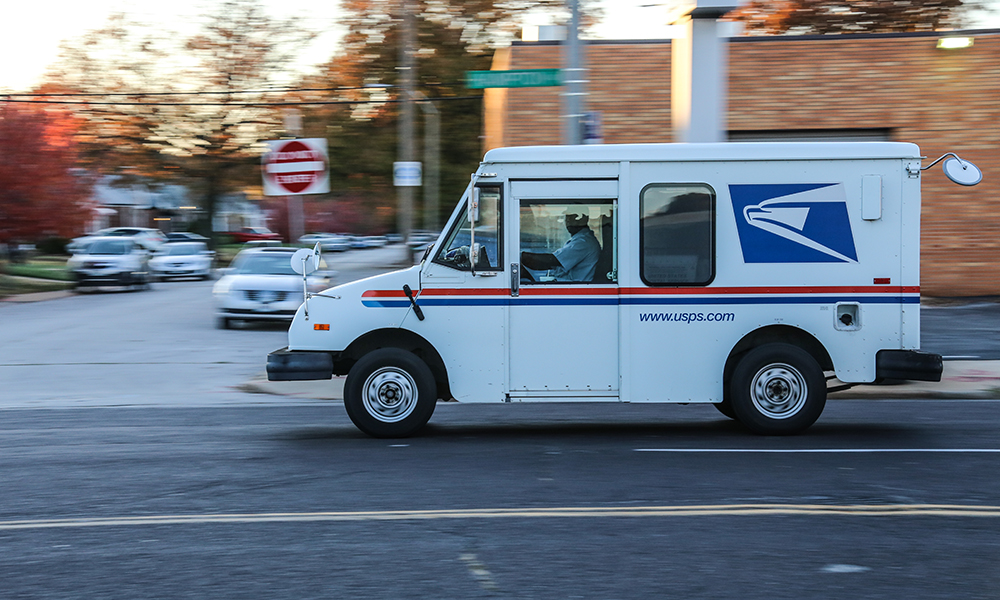 Could this merch store be the salvation of a government agency? (Photo courtesy of Paul Sableman)

The United States Postal Service has dropped merch and, frankly, it’s both adorable and heartbreaking. And as it has gained virality on Twitter, users have suggested that the solution for all the problems plaguing the agency lies in this merch:

ok but what if the hypebeasts step in and save the USPS by turning their merch into popular streetwear https://t.co/X75qKKm9tb

As a former hypebeast, I wholeheartedly support this.

The United States Postal Service is the backbone of this nation. It’s how people receive paychecks, letters from friends, important communications from banks and essential medications. It’s also how many small business owners ship their goods across the world. The Postal Service provides free priority mail shipping supplies and, in many cases, offers a better price than its competitors.

The USPS has also had an immense and well-documented struggle over the past few months, due to both the coronavirus pandemic and budget cuts. While it’s clearly an essential service, it has limited workers. And on top of that, the postmaster general’s new policies have hit the service hard. Packages are delayed across the country, and, in the era of e-commerce and two-day shipping, patience is wearing thin.

The new postmaster general, Louis DeJoy, has eliminated late trips and overtime to save the USPS money, leaving workers with a rigid mail delivery schedule. And although packages are now delayed, a memo put out by the USPS said, “The USPS will no longer use excessive cost to get the basic job done. If plants run late they will keep the mail for the next day.” DeJoy has suggested these changes could save the Postal Service $200 million.

The USPS’s merch is … interesting. The designs remind me of the convoluted Forever 21 collaboration with Flamin’ Hot Cheetos — intriguing, but lacking in sense.

The release has apparel, framed stamps, costumes, prints, figurines and an array of other products — personally, I’m in love with the messenger bag. But the context of this release is a bit darker. It gives the impression the USPS is desperately trying to connect with younger generations by putting out crop tops and graphic tees to shed the stereotype that only seniors use their services, while also trying to recoup from hefty budget cuts.

Some Twitter users have expressed fondness of the merchandise and efforts people should take to support the Postal Service, such as buying stamps. But others have responded more negatively, with one user pointing out the contrast between people’s disdain for actually going to the post office and their love for shirts.

While it’s exciting to buy sheets of stamps in support, the reality is that the USPS is dying a slow and painful death. No matter how many stamps and crop tops people buy, the Postal Service will still be down billions of dollars. This fiscal year, the USPS is anticipating a $13 billion pandemic-related revenue shortfall and an additional $54 billion in losses over the next 10 years, according to The New York Times.

If the USPS keeps spiraling downward at this rate, our country will have to adjust to a country with a dysfunctional — or even defunct — national postal service. People will be forced to turn to more expensive private entities such as UPS and FedEx, which could then put many small businesses out of business due to heightened costs. The suffering of the USPS causes a domino effect on the rest of the country, which is why it’s important to support the Postal Service while the government figures out how they are going to deal with this.

Sadly, the only option we — taxpayers without direct political positions — have is the meager show of monetary support. From buying multiple sheets of stamps and communicating with pen pals, to prioritizing the USPS for all our shipping needs, we should all do our parts to keep the necessity that is the United States Postal Service alive.

CORRECTION: Due to a reporting error, a previous version of this article incorrectly stated that the USPS merchandise includes stuffed animals. The article has been updated.