Behind the fall of the once untouchable Ellen DeGeneres 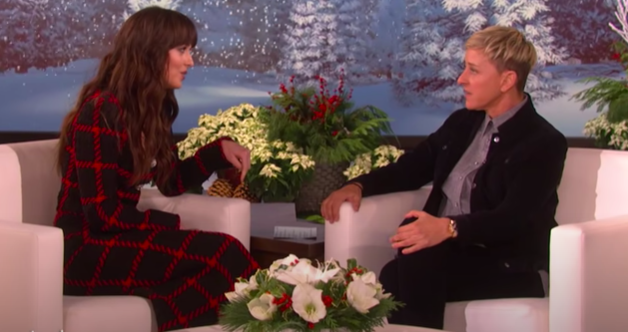 Over the past few months, insider stories negatively characterizing Ellen DeGeneres, reports of a toxic workplace environment at her show and “tone-deaf” jokes amid an international crisis have swept the internet, poking holes in the iconic host’s image as one of the kindest and most popular figures in entertainment.

But this isn’t the first time Ellen’s reputation has come under questioning. Late last November, in the quiet right before the storm, when there was still enough available space in the news cycle for Epic Celebrity Clapbacks, Dakota Johnson’s viral appearance on The Ellen DeGeneres Show laid the groundwork for the massive backlash the talk show host has faced in recent months.

The interview, in which DeGeneres suggests in an off-handed comment that Johnson didn’t invite her to her 30th birthday party, now appears to have been the impetus for rapidly developing scrutiny around how kind DeGeneres — who built her brand around kindness — actually is.

If you’ve seen it, you know Johnson, as per usual, comes off as endearing and unassuming. It’s a lazy stab at humor, provocative in the most perfunctory way, and it’s clear the exchange goes on longer than DeGeneres intended. Making her guests uncomfortable — unclear whether it’s in an innocent or invasive way — is on-brand for Ellen, but she’s certainly not unique in that approach. And I personally take umbrage with the notion that sweetness is synonymous with genuine decency and that, to be a “beacon of wholesomeness and niceness,” as Ellen purports herself to be, you can’t tease or rib.

Whether you found that exchange awkward at best or the “beginning of the end” at worst, there’s no denying that DeGeneres has been embroiled in a long string of more serious controversies. These include her friendship with George W. Bush, rumors circulating the internet about her being “one of the meanest people alive,” outrage over the treatment of her staff as her show went virtual due to the pandemic and the coup de grace that came at the end of July: an investigation into accusations that her show had a “toxic work environment.”

Even before these recent cracks in the veneer, there was already existing cynicism behind the conceit of many of Ellen’s segments. Someone would go viral after a basic act of kindness was caught on camera, Ellen would invite them on her show and give them a giant check or surprise them with Michelle Obama or buy iPads for their entire school or something, and we’d all learn a valuable after-school lesson about the power of community.

All this has led to speculation over whether she’ll continue with her show once it comes back from a scheduled hiatus in the fall, with rumors that comedian and The Late Late Show host James Corden might be positioned to take her place. It feels unlikely; she’s a cultural monolith with plenty of powerful friends. Twitter backlash can be as transient as it can be devastating, and her executive producer tweeted the other week that “Nobody is going off the air.”

Regardless, anyone calling for her removal would be remiss in underestimating the significance of being one of the biggest female comedians around. Including the Hathaway-Franco debacle of 2011, Ellen is only one of three women to have ever hosted the Oscars. Across daytime and late-night television, she’s one of the most prominent female talk-show hosts on the air. She’s taken far more seriously as a comic than her daytime counterparts on The View or Live with Kelly and Ryan, and with far more traction than the few exceptions — Samantha Bee and Lilly Singh — to what is an overwhelmingly homogeneous late-night lineup.

And although she doesn’t “get political” nearly as often as, say, Stephen Colbert or Whoopi Goldberg, DeGeneres has intimate access to the biggest names in politics and Hollywood. Of course, none of this makes her impervious to scrutiny or accountability, but to replace her with another straight white male comedian, on principle, would be nothing less than a blow.

Diversity in comedy is already such an uphill battle. If you need evidence of that, look no further than the subreddit I stumbled upon entitled “r/TalkShowGirls.” No, this is not a community featuring female comics, as I mistakenly assumed. Yes, it is a page for high-resolution images of girls in heels and short dresses sitting cross-legged as they’re interviewed for a talk show.

The proverbial chair of the talk-show host is a uniquely powerful convergence of humor and influence. By entering our living rooms every day, these hosts have the ability to decide which news makes it past the noise. To serve as gadflies or define a cultural moment. Perhaps more than anything, it’s the ability to appear so relatable and down-to-earth that no one will notice the hypocrisy behind mocking the absurdity and excesses of celebrity while still indulging in them.

Ultimately, the disillusionment around DeGeneres is mostly based on insider experiences and mumblings, making it inaccessible to the average person and the veracity or extent of it difficult to honestly gauge. I’m not here to diminish the rumors or to serve as an Ellen apologist, but more to act as a skeptic of any culture that would pedestalize a Hollywood celebrity and then find themselves offended by the reality. Where exactly is the bar, and how far does it span?

If Ellen does come back, I hope there’s an honest reckoning with the dissonance between the message of kindness she’s not just curated but capitalized on, and the work environment that’s allegedly formed under her watch — if not on her own volition, then from sustained social pressure from the internet that has had little tolerance for any attempt to pass the buck.

In the meantime, the celebrities that are coming out to defend her reputation — though not very successfully, given this well-noted phenomenon where rich famous people are sometimes douchier to commoners than to other rich, famous people — should instead leverage their power and names to create an open space for those who have worked for Ellen, encouraging them to be vocal about their experiences without jeopardizing their careers in show business.

Oh, and if the #ReplaceEllen discourse does end up having any weight, someone suggested replacing her with Troy and Abed from Community.

Donald Glover is in this order, probably too busy and too cool, but if The Ellen DeGeneres Show’s time slot was replaced with syndicated Community bits, I probably wouldn’t complain. Feminism schmenimism.