How former Terps have performed so far in the WNBA season 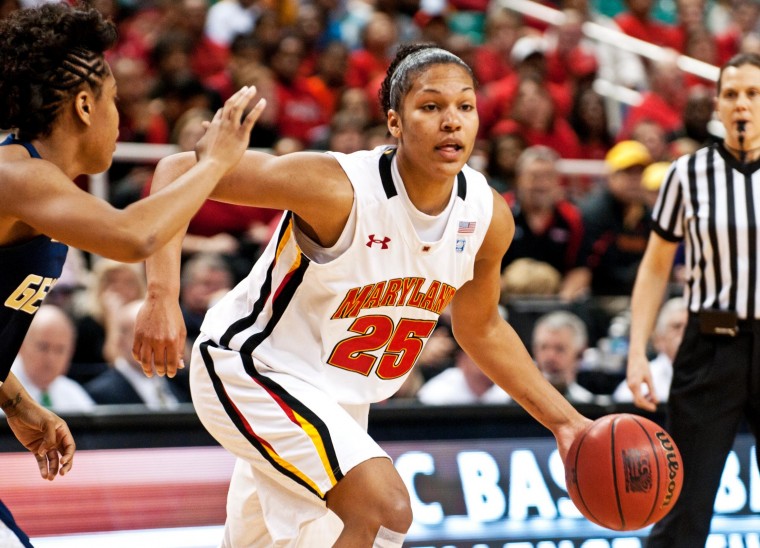 It’s been a little over two weeks since the WNBA kicked off its shortened season at IMG Academy in Bradenton, Florida and the league has received rave reviews for its bubble setup. As for the action on the hardwood, there are six former Terps who opted to play this season and most of them have been fantastic since the season tipped off on July 25.

Three of the six active WNBA Terps are playing for the Connecticut Sun including star Alyssa Thomas, along with Breonna Jones and rookie Kaila Charles.

The Phoenix Mercury added former Terp Shatori Walker-Kimbrough from the New York Liberty in April to complement their “big three” of Diana Taurasi, Brittney Griner and Skyler Diggins-Smith and she’s been a solid role player. Walker-Kimbrough is averaging 6.2 points per game and is shooting nearly 50 percent from three-point range.

Former Terp Crystal Langhorne has basically been glued to the bench for the Seattle Storm throughout the first two weeks of this season. Langhorne has played in three of the Storm’s six games and is averaging 1.3 points and 3.3 rebounds per game in just under nine minutes per game.

Finally, former Terp Tianna Hawkins is with the hometown Washington Mystics and had been expected to help fill in for the losses of stars Elena Delle Donne and Tina Charles. However, Hawkins only played in two games before suffering a lumbar sprain. She scored just seven points in 18 minutes during those two games.

Kristi Toliver, who is undoubtedly the most accomplished former Terp currently in the WNBA, opted out of the 2020 season before the league tipped off and won’t make her debut for the Los Angeles Sparks until 2021.