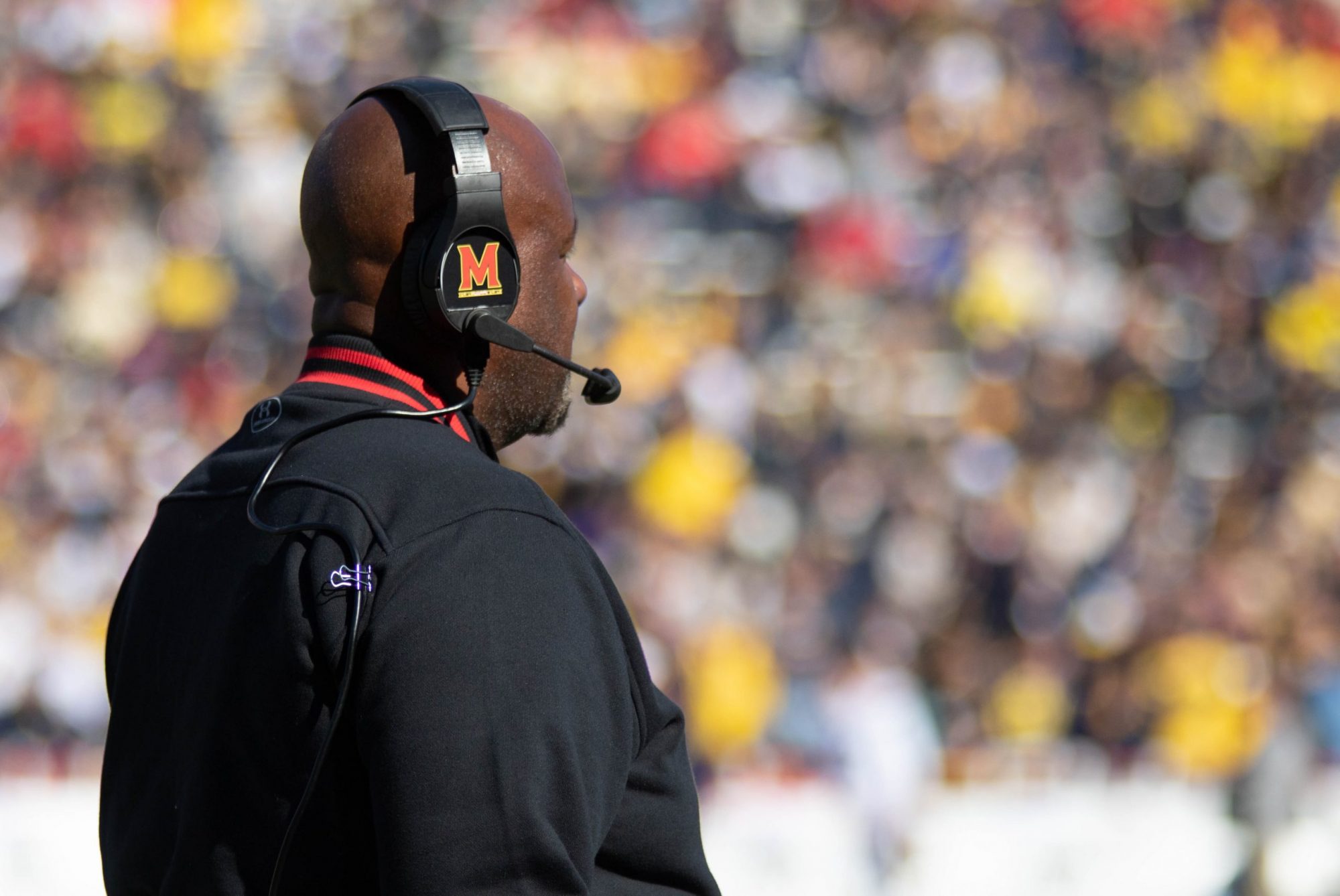 In early May, CJ Dippre committed to Maryland, bolstering one of the top recruiting classes in the country. The tight end from Jermyn, PA is one of the 16 current commitments that Maryland has, and he’s ready to help usher in a new era of Maryland football.

Hard work and going the extra mile is a value that is ingrained in Dippre and is one of the reasons he loves football the most. Instead of lounging around and wasting time during quarantine, he has been putting in extra work in the weight room, working on becoming a better football player.

“My favorite thing about football is you have to work for it,” Dippre said. “You can’t just be god-given naturally good, you can be good but only to a certain extent. You have to work to be good and it shows.”

Dippre began playing football when he was just eight years old and really started working towards being the best he could possibly be his freshman year of high school. He was moved up to the varsity football team at Lakeland high school as a freshman and then started to go above and beyond.

“My freshman year, I got moved up to varsity as a freshman, once I realized I was going to start I started to take it seriously,” he said. “I started giving it time, instead of just going to practice and doing the lifts you have to do, doing the extra stuff to help my team out. I mean it was the real deal, you had people in the stands, it wasn’t just a little game anymore.”

The hard work would pay off almost instantly, as one of Dippre’s favorite football memories occurred during his first season of high school football.

“My freshman year, I lit this kid up on a blindside block and it was crazy,” he said. “I hit him on our sideline and they just surrounded him and it was nuts. That’s when I started getting put on the map because I lit this kid right up.”

While Dippre is being recruited by Maryland and other schools as a tight end, he also features as a quarterback for his high school team. Dippre said he’s not like most other quarterbacks, who might be more shifty or elusive, rather he’s a pocket presence. As a tight end, he has garnered comparisons to some of the NFL’s best.

“A lot of the coaches say my playstyle is like Rob Gronkowski or George Kittle,” he said. “A couple of those coaches have been around those two guys, so it’s more than just someone saying it.”

Of the 16 players currently pledged to the 2021 Maryland recruiting class, only two of them are not from Maryland, Virginia, or Washington D.C. Dippre and fellow tight end commit Weston Wolff, who’s from Venice, FL, are the two non “DMV” student-athletes who are currently a part of the class, and they are also two of the closest in the class.

“Me and Weston Wolff visited the same day coincidentally and we’ve been really close,” he said. “I was actually supposed to go stay with him for a couple of weeks down in Florida as a vacation, hanging out and working out together. We talk a lot and we have a good bond. We want to be a one-two punch, a dynamic duo. We text each other workouts to do and have a good relationship going.”

Along with he and Wolff’s aspirations of becoming a marquee duo in College Park, Dippre is ready to change the culture of Maryland football. During his visit to College Park in February, he loved what he saw from coach Mike Locksley, tight end coach Mike Miller and director of football strength and conditioning Ryan Davis. The one thing in particular he loved was the attitude of the coaching staff, surrounding the future of the program.

“We’re going to be up and coming,” Dippre said. “This isn’t going to be a push around 3-8, 3-9, whatever team. We’re going to be making moves these next couple of years. Coach Locksley is rebuilding, and he’s rebuilding now. He’s not going to wait and push something off to the side, he’s attacking now. We’re all ready to go and have a mindset ready to win.”