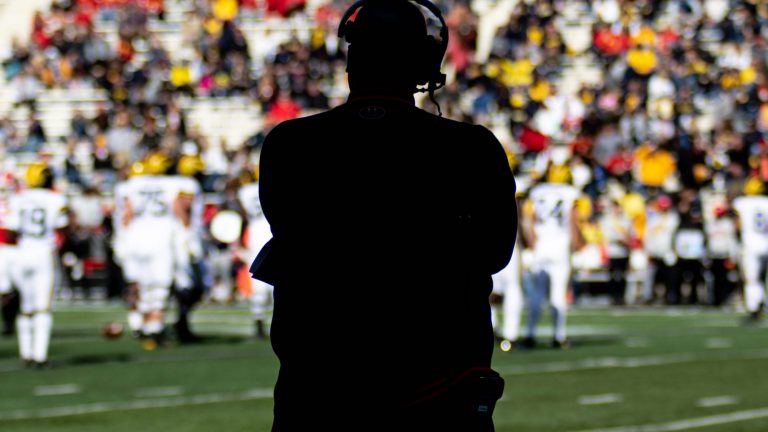 “The atmosphere that coach Locks created was very family-like,” Felton said. “And coach Joker [Phillips], he really made me feel like I was important to him and the staff.”

Felton committed a little over a month after an ACL injury prematurely ended his junior season for Stone Bridge High School. In spite of the season-ending knee injury, the Terps continued to pursue Felton, and he took note of that.

“When I got hurt, a couple schools kind of backed off, and I was just ready to get it over with, he said. “The recruiting process is kind of a headache, you have coaches texting you every day. And I had went on a visit to Maryland, it was the Michigan game, and I was just ready to shut it down because that’s where I wanted to go. There was no point in me holding it out.”

Felton’s biggest assets on the football field are his quickness and agility, which can be traced back to his days playing running back in elementary and middle school. He first started playing flag football while in second grade and made the transition to tackle football shortly after. When his middle school team started traveling across the country, to states like North Carolina and Florida, Felton began to take football seriously and begin to work on his craft.

Standing at 6-foot-2, 177 pounds, Felton says that he’s garnered comparisons to Atlanta Falcons’ wideout Calvin Ridley- who won a national championship at Alabama while Locksley was the wide receivers coach.

Recently, Felton has been working on recovering from the ACL injury he suffered in October. Luckily, the COVID-19 pandemic has not affected his rehab process, like he initially thought it would.

Along with his rehab, Felton has continued to be able to get consistent workouts and training amidst the pandemic. He has been able to do weight training at his coach’s personal gym and is only a five-minute walk away from his football field, where he works out with his quarterback.

Off the field, Felton is like most high schoolers. He likes spending time with his teammates and friends, often hanging out at a teammate’s house playing pool basketball tournaments.

Felton is close with the other members of Maryland’s 2021 recruiting class, talking with them almost every day. One thing that the class talks about is trying to get their friends and teammates to join them at Maryland.

Even though he’s a while out from enrolling at the University of Maryland and taking the field as a Terp, Felton has a message for Maryland fans.

“Just know that when I get up there, I’m going to be a hard worker,” Felton said. “I’m not going to let anybody bring me down, I’m just going to come in there and work hard. Do what I have to do to help the Maryland football team win.”