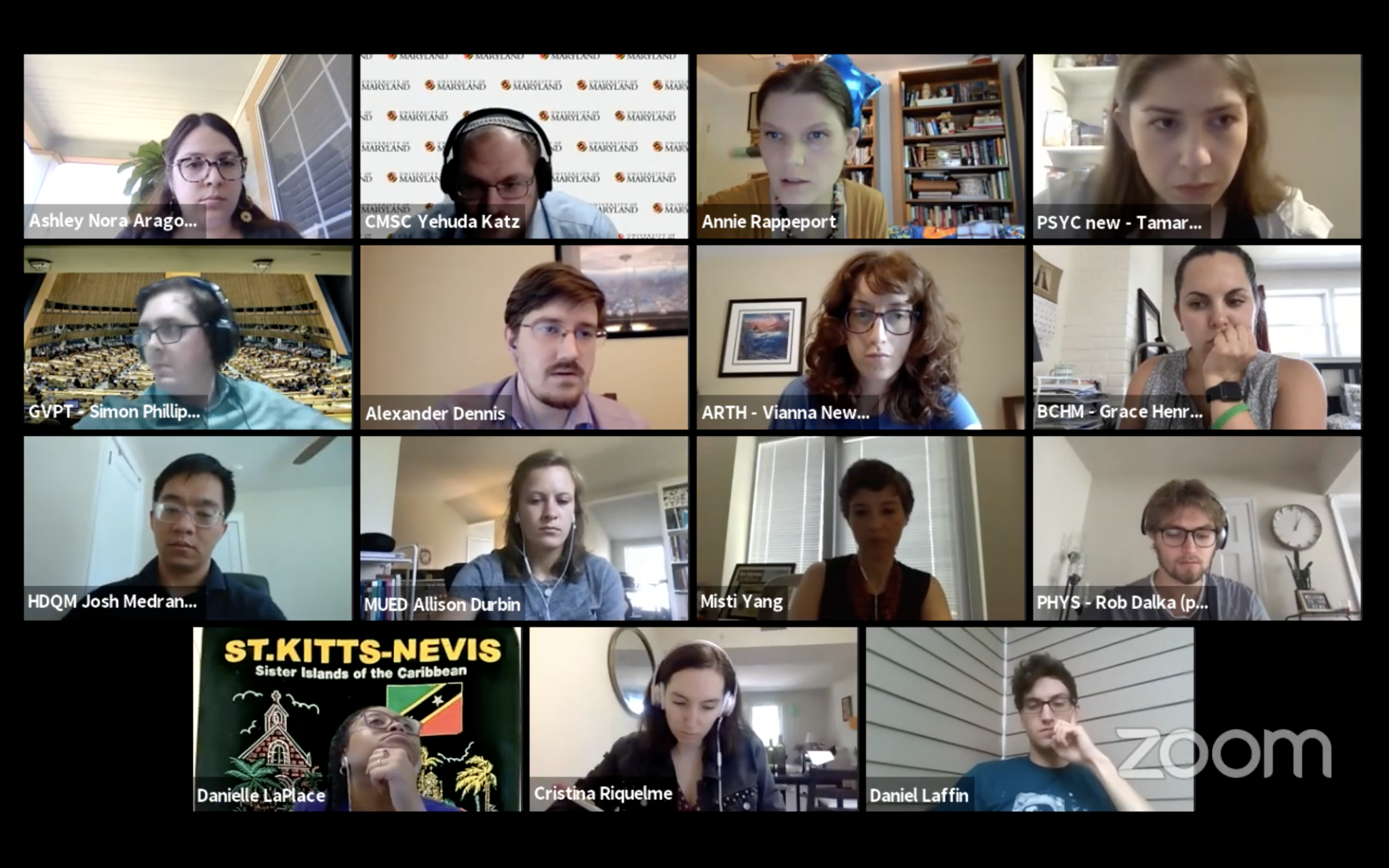 The University of Maryland’s Graduate Student Government executive board will look different next year. Dan Laffin, a rising graduate student at the university, will be the body’s president. And he will have only two vice presidents, rather than the usual eight, by his side.

In April, the body agreed on changes to its constitution that reduced the number of vice presidents and made it so that the remaining positions would be elected by GSG representatives, instead of the graduate student body.

The duties that used to be assigned to the six eradicated vice president positions will be distributed between Sheaff and Salgado, as well as the body’s director of operations and committee chairs.

[UMD GSG agrees on changes to constitution, clarifying language and reshuffling exec board]

Laffin, who was this year’s Student Government Association election head commissioner, said he decided to run for GSG president after a friend’s recommendation. After discussing with then- GSG President Annie Rappeport and human resources, they determined he was eligible to run for the position, despite the fact he had not yet entered his first year of graduate school. He ran unopposed and was announced as president-elect Tuesday.

Laffin said he wants to provide a sense of stability and advocacy for the graduate student body.

Sheaff echoed a similar message. After being in GSG for two years, he said he is ready to make GSG more effective, transparent and efficient.

But for starters, he wants to talk with the university about how it can increase support for the graduate students next semester, with at least some remote learning happening this fall.

Representatives also passed three resolutions Tuesday, two of which call for more academic and financial support for graduate students during the COVID-19 pandemic. The other asked for improvements in the institutional review board.

Representatives urged the university to update time-to-degree policies and grant extensions for advancement-to-Ph.D.-candidacy deadlines due to potential disruptions caused by COVID-19. The resolution also read that the university should extend assistantship durations by one year for students affected by the pandemic.

Additionally, students who need to do the majority of their coursework online should not be charged out-of-state or differential tuition, a second resolution read. The university should instead offer waivers that provide in-state tuition to those students. The tuition for international students who cannot continue their assistantships should also be accommodated, the resolution read.

Salgado hopes the university will work with students when deciding what the fall semester will look like as campus reopens amid the pandemic. Currently, she says, some schools and departments are not being transparent about their plans for the fall semester.

But regardless of what the semester looks like in the fall, the newly elected vice president for financial affairs wants to continue to allocate funds to the food security fund the body established in March and increase applications for the graduate legal aid services, she said.

At the meeting, the GSG also approved its budget for the next fiscal year, which includes several proposed distributions to plan for different potential cuts in student fees. For the first time, the budget also includes funding for its food security fund, which provides meals at campus dining halls for graduate students suffering from food insecurity.

The graduate student body elected 37 students as department representatives, leaving several seats vacant in the assembly. Sheaff attributed the vacancies to “pandemic-induced confusion,” writing in a text message that the GSG will probably have several elections before the next session starts to fill them.