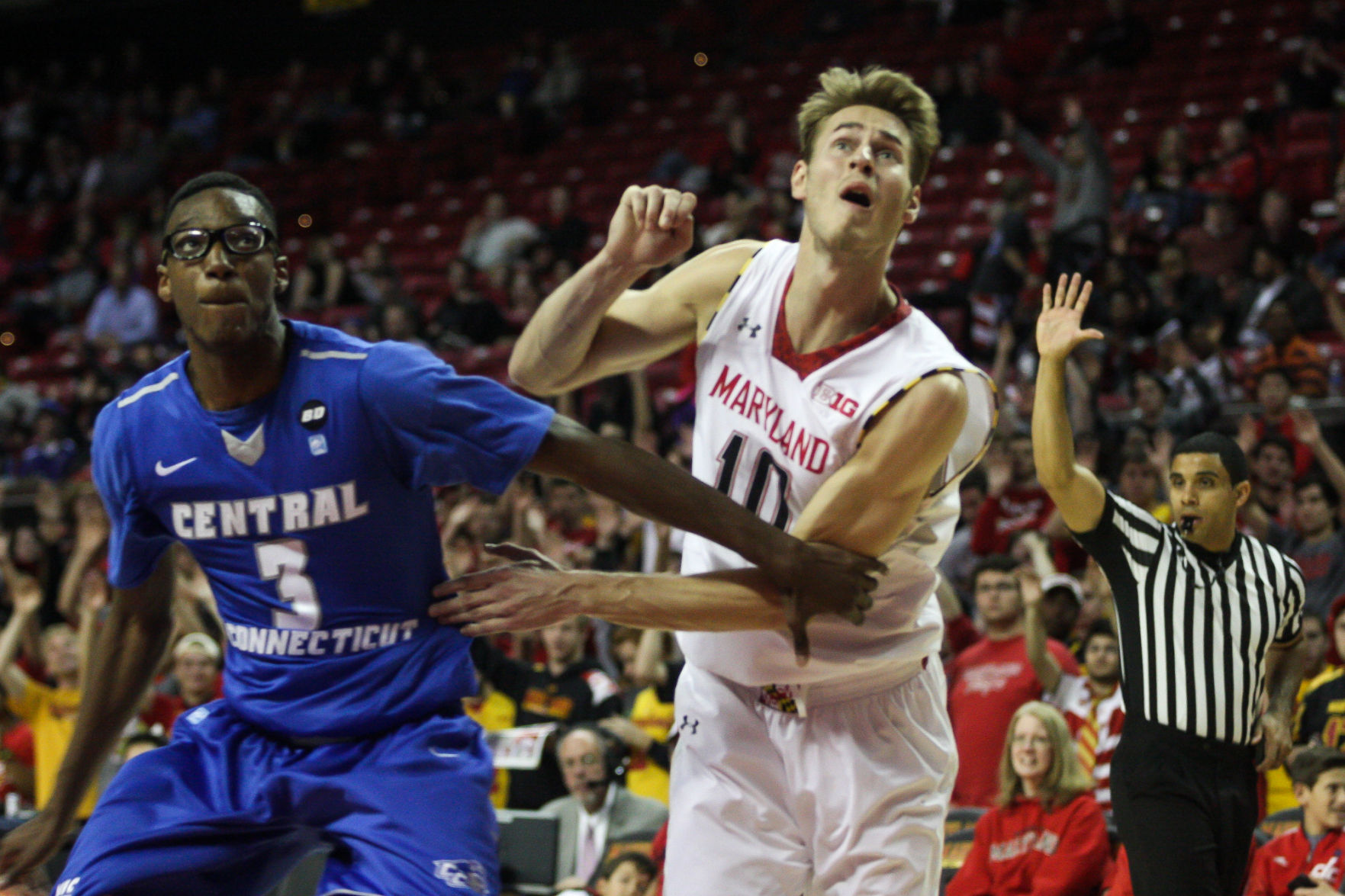 Maryland forward Jake Layman works around a defender to box-out and get the rebound during Maryland's 93-57 win against Central Connecticut State on Nov. 17, 2014 at the Xfinity Center.

When the NBA finalized their plans to resume the 2019-20 season by inviting the top 13 teams in the Western Conference and the top nine teams in the Eastern Conference to Disney World, it officially marked the end of the season for Jake Layman and the Minnesota Timberwolves.

The former Maryland Terrapin was enjoying a solid start to the season before he suffered a left toe sprain on November 18 against the Utah Jazz that made him miss 41 games. Layman finally returned to action on February 24 but only played in 11 games before the NBA season was suspended in mid-March.

Layman averaged a career-high 9.1 points per game in 23 games during his first season in Minnesota following three seasons with the Portland Trail Blazers. He scored a season-high 21 points against the Houston Rockets on November 16.

Layman only started two games for Minnesota this season but received a career-high 22 minutes per game and responded by posting career-high averages in assists, steals and blocks per game. He also shot a career-high 33-percent from three-point range.

The 2019-20 season marks the first time in Layman’s career that his team didn’t qualify for the NBA Playoffs as the Timberwolves had an ugly 19-45 record.

While it won’t make up for his lost 2019-20 season, Layman did have one of the best dunks of the season on March 8 against Utah.

In his penultimate game of the season, Layman drove baseline past Zion Williamson and posterized Derrick Favors with a nasty one-handed jam.