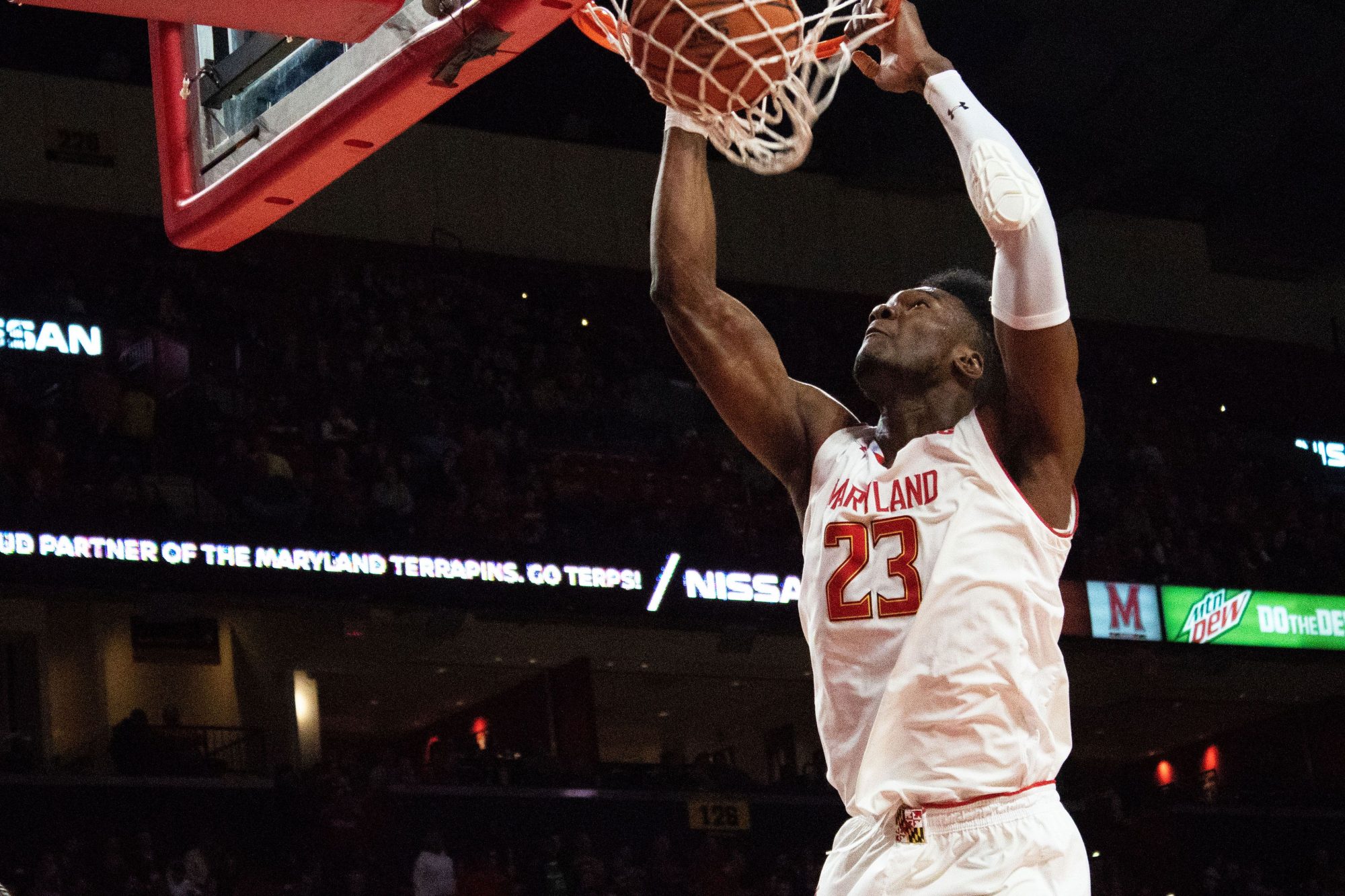 Forward Bruno Fernando throws down a dunk during Maryland’s 104-67 win over Marshall at Xfinity Center on Nov. 23, 2018. (Frances Moyonero/The Diamondback)

When the NBA announced their plans to continue the 2019-20 season by inviting the top 22 teams in the league to Disney World, it officially marked the end of Bruno Fernando’s rookie season.

Drafted with the 34th overall pick by the Philadelphia 76ers in the 2019 NBA Draft, Fernando was traded to the Atlanta Hawks on draft night where he was reunited with fellow former Terp Kevin Huerter. Fernando joined a young Hawks team led by budding star Trae Young, John Collins, Huerter, Cam Reddish and De’Andre Hunter among others. Despite the amount of young talent, the Hawks only won 20 games and found themselves sitting with one of the worst records in the league.

As a rookie, Fernando averaged 4.3 points on 51.8 percent shooting, to go along with 3.5 rebounds per game as well. Coming off the bench, Fernando played almost 13 minutes per game, providing valuable minutes in the frontcourt when the starters needed rest.

Fernando had his best game of the season back in January, in a 152-133 win over the Washington Wizards. Fernando put up a pair of career highs, scoring 14 points and grabbing 12 rebounds for his first career double-double.

While it likely wasn’t the season Fernando envisioned for his rookie year, with the Hawks being out of contention for much of the season, the former Terp standout still found a way to make an impact. Fernando has shown he should be able to contribute down the line for Atlanta, as they look to become a playoff contender.