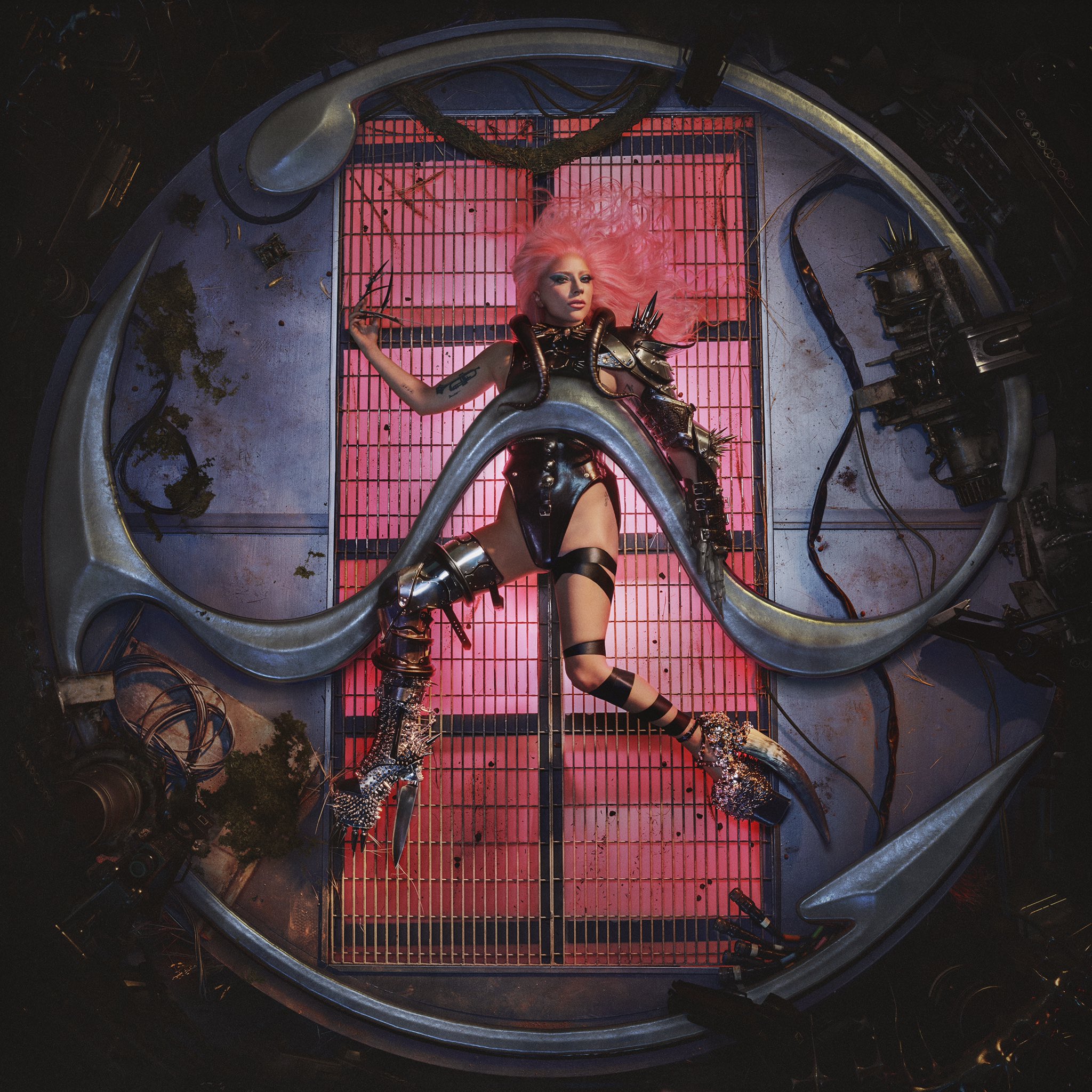 Not every artist can successfully shed and don several different artistic styles and still be able to shine in the mainstream spotlight, all while adhering to a rabidly devoted fan base. And yet, with her sixth and most recent work, Lady Gaga manages it.

Chromatica, Gaga’s long-awaited studio album, is a monolithic slab of dance-pop goodness with the absurdly powerful ability to distract you for a full 43 minutes as you board the Gaga-ship for a voyage to the planet of Chromatica.

Succinctly, Chromatica is an unequivocal submission to dance, crammed with soaring choruses and beat drops you might expect at the likes of an EDM festival. Chromatica does not have a single slow song, but there are three swelling, string-filled interludes that break the album up in expert fashion, ensuring you’re not enveloped in synths for nearly an hour straight.

[The 1975’s new album is a journey of vulnerability]

With a project so jam-packed with pop, pop and more pop, you’d expect to suffer from some spell of foot-tapping fatigue — and yet, Gaga has avoided that.

Chromatica, although not Gaga’s most personal record, first acknowledges all the misery and sadness you might feel in your life and then wholly validates it. The album is almost a religious text in the way it forces you to face your pain in order to come out feeling like you’ve dealt with it in some way or another — all through the vessel of dance-pop.

Let’s get one thing straight to start: Chromatica is an album that requires to be listened to IN ORDER for at least the first listen — no exceptions. You need the interludes to break up the bouts of pop energy or you might burn out before you finish. You’ll thank me when you hear the insane transition from “Chromatica II” to “911.”

The opening track “Alice” took a few listens to grow on me, but ultimately became one of my favorites on the collection. While her reference to the title character from Alice in Wonderland isn’t as subtle as you might guess, the initial cheesiness grinds away as Gaga makes it clear the “wonderland” she searches for is no Technicolor land full of vaping caterpillars and armed playing cards— it’s far simpler than that.

[Who will win the fifth season of ‘RuPaul’s Drag Race All Stars’?]

The song most explicitly about the channeling of pain through pop is the soaring single “Rain on Me,” which features the one-and-only Ariana Grande. As Gaga sings: “I’d rather be dry, but at least I’m alive” she addresses her pain of the past; now that she’s dealt with it, she celebrates this freedom through dance. Gaga’s rich, deeper vocals are an unexpected, pleasant contrast to Ariana’s sky-high notes.

Chromatica’s two other collaborations provide additional high notes. “Sour Candy,” featuring BLACKPINK, is the club banger Katy Perry could’ve only ever dreamed of with “Swish Swish.” “Sour Candy” is an effortlessly poised, put-together gut-punch. Whether you’re feverishly dancing or serving on the runway, this track will set the mood. This song is, unfortunately, restricted to the bad bitches in the room.

The Elton John collaboration “Sine From Above” contains the complexity of a mythical tale. The gradual build to one of the most chaotic drops on the album feels like a journey Gaga leads you on, until the destination of the prophet, Sir Elton himself, sounding unwaveringly strong as ever, at age 73.

Other standouts from the album include “Free Woman,” “Replay” and “Babylon”: the first, a triumphant, disco-inspired jam celebrating the “dance floor” Gaga fought for; the second, a re-enactment, essentially, of the cacophony of voices in your head sniffing poppers together and subsequently moshing all over your brain; and the third, an exuberant, gossip-inspired song only fit to listen to while voguing.

While I hesitate to call any of the tracks on Chromatica bad, some are certainly less exciting than others. While “Fun Tonight” is one of the more emotional songs on the album, the song’s peak of Gaga belting over the synth-pop beat drop comes far too late in the song to compare to the thrilling nature of, for example, “Free Woman,” which directly precedes it. “Plastic Doll” also falls short, where Gaga’s cheesy comparison of herself to a doll does not wear off in the way “Alice” does.

Given how heavily influenced the project is by dance-pop and little else, one could criticize Chromatica for staying a bit one-note — but I do not. Maybe it’s because of how loyal a Little Monster I am, but the way this album can paint such heart-wrenching topics into uplifting bops is an act of sorcery.

Chromatica may not be Gaga’s best album, but it is still an outstanding album unlike any of her previous efforts. Although it departs from sounds we have heard throughout her reign thus far, her past is still evident: the strong concept dedication of The Fame and the utter weirdness of ARTPOP, the courage of Born This Way and the vulnerability of Joanne.

This album is one of unapologetic, unquestioned joy. Whether you’ve healed and care to celebrate it, need to begin your healing or simply want an album chock full of club-ready bangers, give Chromatica a listen.